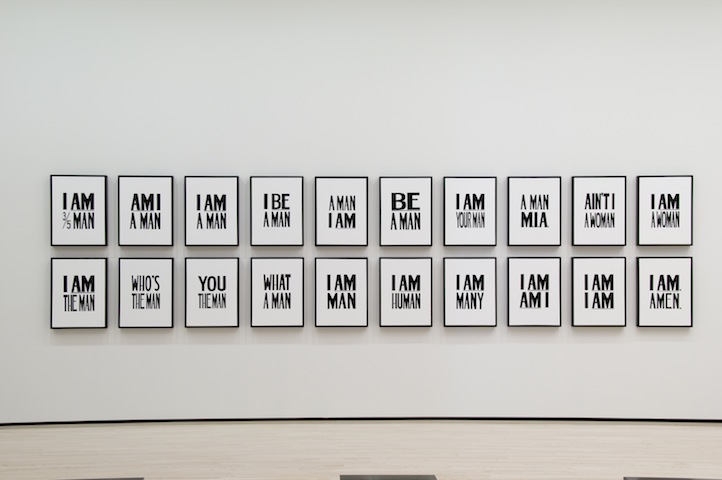 Conceptual artist Hank Willis Thomas tackles complex identity, historical, and social issues with an astute eye for message. Whether he is using the medium of photography or video, or engaged with collaborators — his work will make you stop dead in your tracks, and think.

In his solo exhibition “Strange Fruit” (on display at the Corcoran Gallery in Washington, D.C.), he examines the impact of lynching on contemporary African-American communities in video and a series of evocative photographs. The exhibition is named for the song performed by Billie Holiday, with haunting lyrics—“Black body swinging in the Southern breeze. Strange fruit hanging from the poplar trees.”

“Basically it’s thinking about lynching as this horrific experience, but also the continued trauma on African-Americans,” says Thomas. “Lynchings were these public spectacles. I was really interested in this idea.”

In the piece “From Cain’t See In The Morning ‘Til Cain’t See At Night,” a Black person depicted as a slave picking cotton in the field faces off with a Black football player on the line of scrimmage. “I’m very interested in how black bodies were traded on the market and traded now,” Thomas says. “Of course some of the few that make it and become professional athletes are incredibly wealthy, but there are still great limitations placed on their liberty, so to speak. It’s not crazy to think that an ancestor or a relative of someone who was lynched is probably playing in the NFL or NBA today.” 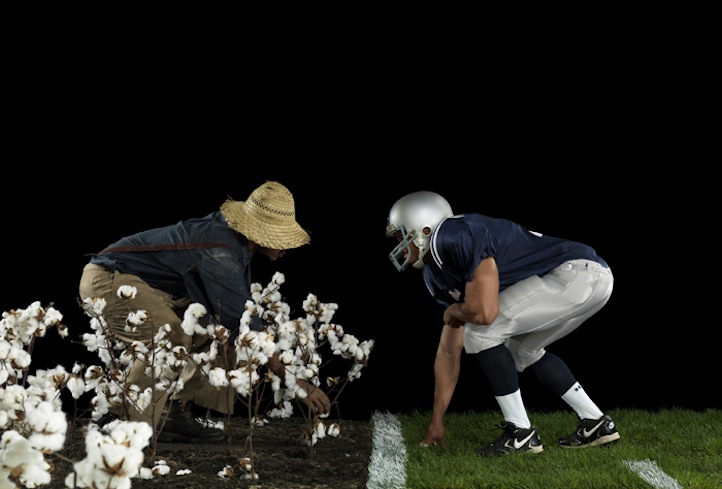 In “Football and Chain,” a player is chained to the field as he leaps through the air in reference to an earlier piece “Basketball and Chain.” “It’s looking at the spectacle of lynching primarily and slavery in commodity culture,” says Thomas. “I say with my work I’m also trying to bring history forward, looking at contemporary trends as they relate to historical trends, trying to make people engage and be interested in things as they often are overlooked.”