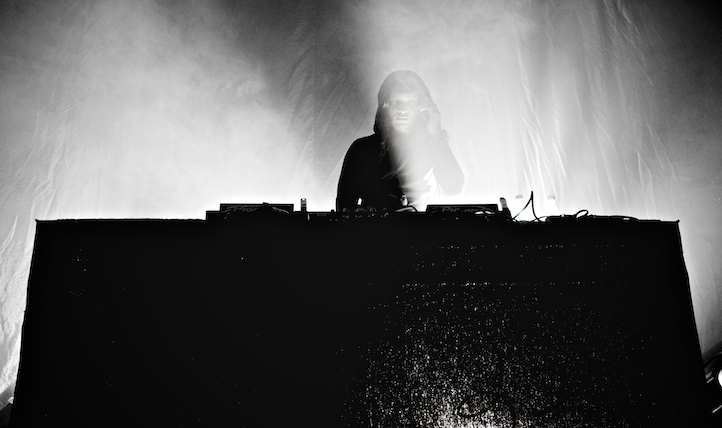 The Prodigy’s journey started over two decades ago. The UK based electronic music trio were among the pioneers of the big beat sound that dominated the ‘90s and 2000s. Even in 2013, the band continues to deliver a matchless live show full of energy, punk vocals, and of course their no-nonsense approach to electronic instrumentation – all of the elements that give The Prodigy their unique imprint in the music scene. Maxim, The Prodigy’s vocalist and MC, started DJing backstage at the band’s shows. This backstage gig has blossomed into something full-time for Maxim. He recently performed a series of sets in the States with his female MC, Cianna Blaze. Regarding Maxim’s decision of choosing Cianna as his MC he said, “She’s a really good MC and then, she has a really good voice. It’s really rich and it’s not high pitched.” They have even written some tracks together. The new influx of DJ sets has reignited his interest in going back into the studio to produce his own original material and remixes. When asked about his intentions for an album, Maxim candidly replied, “You kind of jumped a year ahead of my thoughts. I’m just coming to the US to tour and enjoy the moment, really. I haven’t thought, ‘Wow, I gotta do an album.’” Though we can’t expect a solid date for an album, America can count on another tour – particularly the East Coast – in early 2014.

Life + Times: Electronic music has changed immensely over the past 20 years – especially in accessibility. What would you say have been the pros and cons of that?
Maxim: The pros are it gives kids and people the freedom to write their own music, to express themselves, [and] get their music out quicker – people on Facebook or however. It’s taken out of the hands of the record label. That’s the pros. The cons are you get so much shit out there. (Laughs) Good music always prevails and always comes through. Yeah, you get a lot of rubbish out there. I get sent quite a few tracks through companies and so forth and through friends. I get so much trash, like ‘What is that? What is that?’ to sift through. You get one gem. It’s got its pros and cons. Technology has helped feed the masses, but some rubbish as well.

L+T: That’s true. That leads to my next question that I want your viewpoint on. What do you think will help keep electronic music fresh regardless of the sub-genre?
Maxim: Well, just music. The genre will always be fresh. Obviously, it might die down a little bit, but it will always come back because people always want to go out and party. That’s what people forget. A lot of people get hung up on the “That scene’s not gonna last long. It’s gonna die. What’s gonna happen after that scene?” Regardless of what scene or what name people call it at the moment, as generations get older and generations move on – young kids come out. People always want to go out and dance. They’ll find a way. Whoever’s making that music that rises to the top and people float up to that area to see that – those people that are playing that music, whatever that music is. That’s how new styles surface and that’s how new styles get born.

L+T: So, you went from touring with The Prodigy to doing a solo set behind the decks. What do you think will be your biggest hurdle DJing solo?
Maxim: Lack of performance.

L+T: Wow. What do you mean by that? Explain!
Maxim: (Laughs) DJing will never compare to being in a band. A DJ is someone who just plays other people’s music. Even today, DJs now have become producers. A lot of DJs now play their own music and other people’s music, but nothing compares with being in a band – going to see a band play their own music, the performance, the interaction with the crowd as a vocalist, the guitarist, the drummer moving around on the stage – the energy created through that. When you’re a DJ, you’re kind of behind decks. DJs have to rely on lights and projections and so forth to try and bring energy. Obviously there’s energy in the music, but to bring the performance they rely on lights and projection. It will never be like a band. That’s one think I lacked as being a DJ, but I like DJing just because I like to play music that I’m into. So it will never compare, but it’s fun. 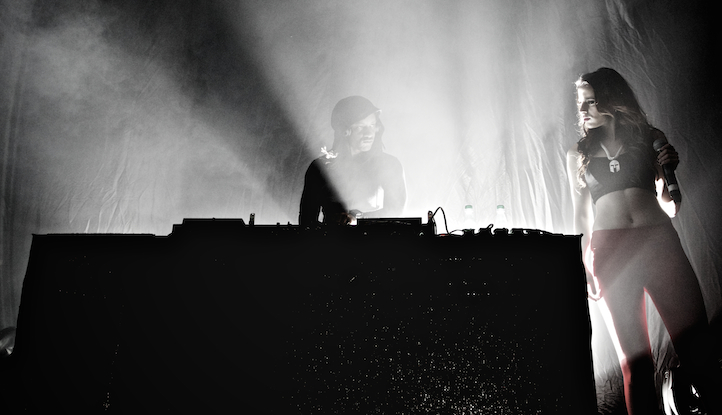 L+T: Coming from your background as an MC with tying in the hip hop with the electronic, what do you think the correlation is between hip hop and electronic based music?
Maxim: Quite a lot. I’m quite a traditionalist, I suppose is probably the word to use. I kind of know the history of music. That’s just me personally. I don’t think a lot of kids in the electronic scene know the history of music and where certain things come from and certain styles. Dance music has been influenced by funk, reggae, [and] hip hop – even the beats like funk and soul, rare groove, and blues as well. It’s kind of like all those influences are in trap music [and] in electronic music. A lot of people don’t see that. They just think electronic music was just born out of nothing. It’s funny, I was just doing an interview the other day and I was trying to explain to the interviewer where specials, like dubplates, [come from]. For instance, say Skrillex has a track and he has a MC like – I used Chuck D – if he used Chuck D and said “Yeah, this is Chuck D representing for Skrillex” and he wrote that on a track and put that out. I had to explain where that came from. That came from reggae sound systems doing specials and dubplates. He didn’t understand. He was like “Oh, we just call that drops here.” I said, “Well, its got a foundation and that comes from reggae sound systems.” A lot of people in electronic dance music don’t understand where certain aspects of electronic music comes from. Those hip hop tracks, vocals, emceeing – it’s all from hip hop. Actually, hip hop got it from back in the day when people were scatting, people were rapping, people were emceeing in Jamaica and on the streets of New York and so forth. So, its all got foundation.

L+T: It does. It always fascinates me some of the kids say, “Oh, techno started in Berlin.” No, Detroit.
Maxim: (Laughs) Detroit, exactly! It was Detroit.

L+T: Absolutely. For my last question, you kind of touched on it early. I always end my interviews with DJs and producers with the question of whether or not they think a DJ is a musician. How do you feel about that?
Maxim: (Laughs) Oh! Well, no. Just a pure DJ? Someone that’s just playing their tracks?

L+T: See, this is the thing…
Maxim: Because today there are DJ-producers, aren’t they?

L+T: I get so many different viewpoints – no’s, yeses, maybes, “What are you trying to say, Gabby?” Those are the responses I’ve received.
Maxim: Some DJs think they’re musicians?

L+T: Well, like you brought out – a lot of DJs are producing their own tracks now.
Maxim: That’s kind of like saying, “I’ve got an art gallery. I put paintings in my art gallery.” It doesn’t make me an artist, unless you start painting yourself.