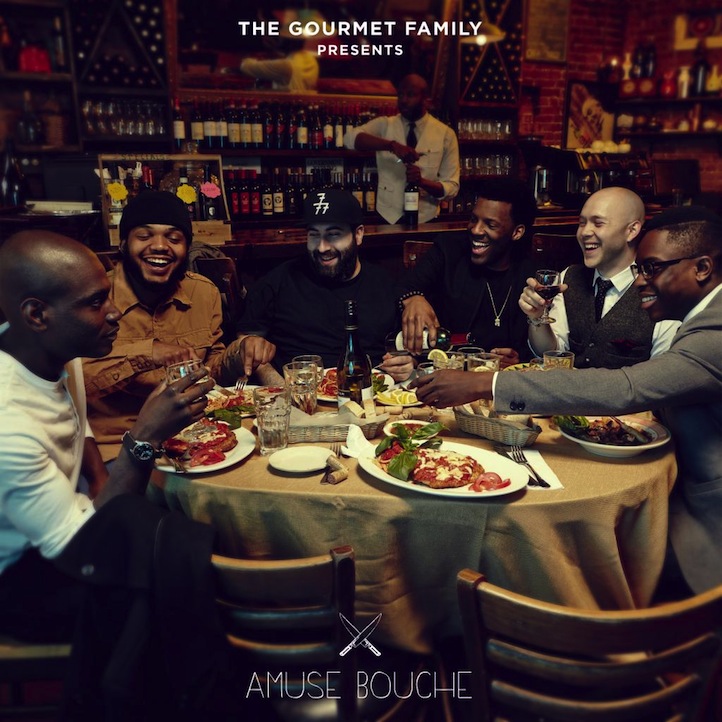 The Gourmet Family is a new collective of multi-disciplined artists, from the New England region and New York City. Composed of six core members, Mr. Jackson, Mell Masters, Austin Joseph, Stam Goody, Zoo Beeze and GRZ (pronounced “grizz”). Here, Life+Times introduces the music and arts collective via their debut album, Amuse Bouche. The album takes the name of a french culinary phrase meaning, “a sample serving” which, from the chef’s kitchen, is intended to whet the patron’s appetite and give them an idea of the chef’s approach to cooking, while awaiting the first course. In keeping with the theme, each artist on this 11-track collaborative effort showcases what they’ll be dishing out in the months ahead on their solo projects.  Bon Appétit.