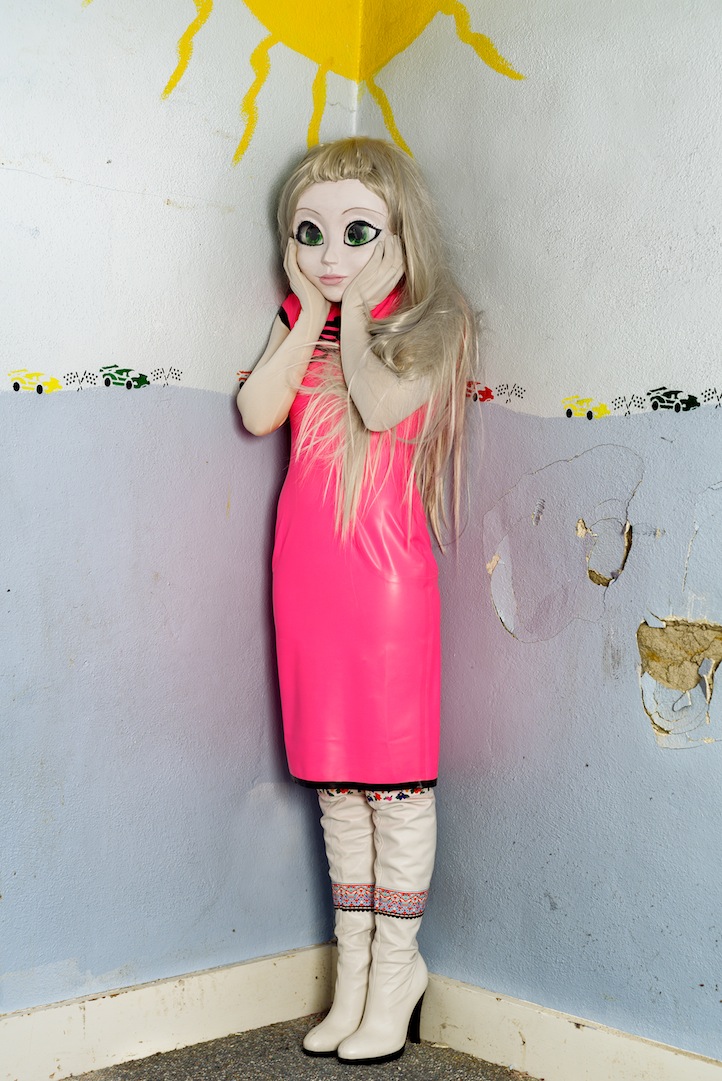 From March 7th through April 28th, Salon 94 Bowery presents “Kigurumi, Dollers, and How We See,” a new body of work from artist Laurie Simmons. Long known for exploring the conceptual and psychological subtext of doll play using figures, mannequins, doll parts, and toys, the artist now examines the subculture of individuals who spend time masked and dressed as doll and animal characters.

Unlike her previous series “The Love Doll/ Days 1-36” which focused on animating a Japanese love doll by staging scenes around a house, the new work captures real people who move and pose on their own. Kigurumi is a Japanese form of cosplay (short for “costume play”), a performance art in which players wear costumes to represent a specific cartoon character, stuffed animal, or idea. This subset includes doll-like characters who dress up in kigurumi masks and zentai (bodysuits or skin suits — spandex “onesies” that cover the whole body including the face, hands and feet).

Simmons searched the web for kigurumi players and mask makers before settling on the output from a cosplayer in Russia who makes very complicated masks that take months to complete. As a part of the new series, Simmons also steals the anime convention of painting real eyes on closed eyelids. Two fashion models (a blonde and a red head) were made up to resemble “Doll Girls” – young women who surgically enhance themselves to look like Barbie. All of the characters have been photographed in a tiny abandoned house in Connecticut. The family that lived there painted the walls exotic colors and made little drawings on the wall, creating a space that feels like an overgrown version of the dollhouses Simmons has used in the past. 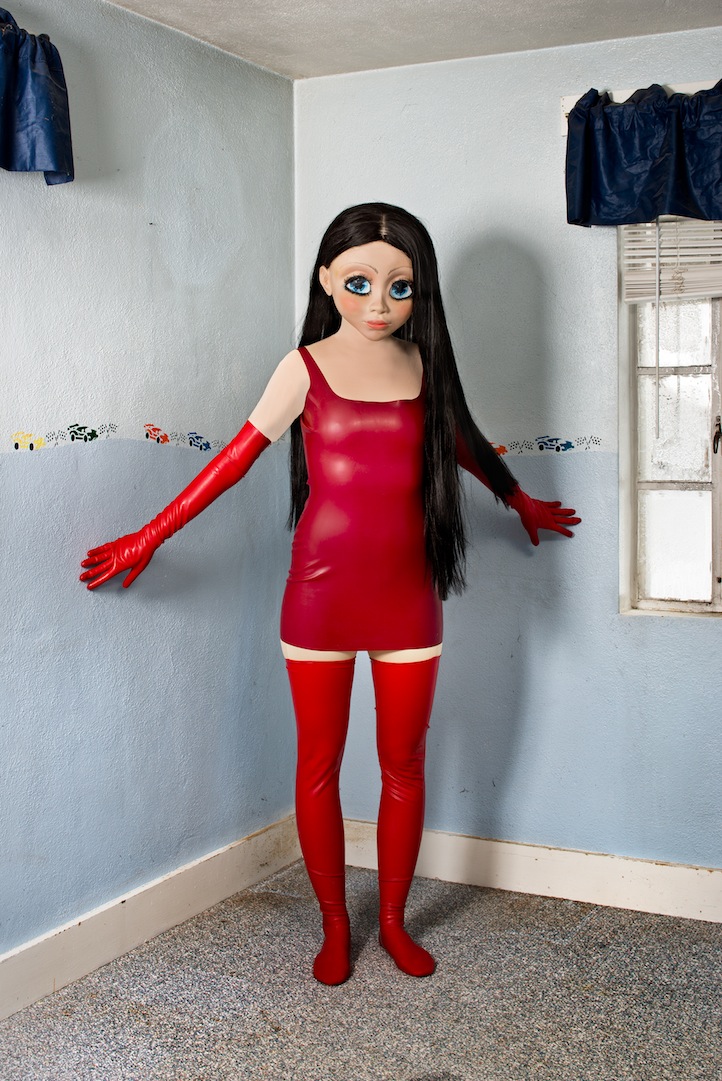 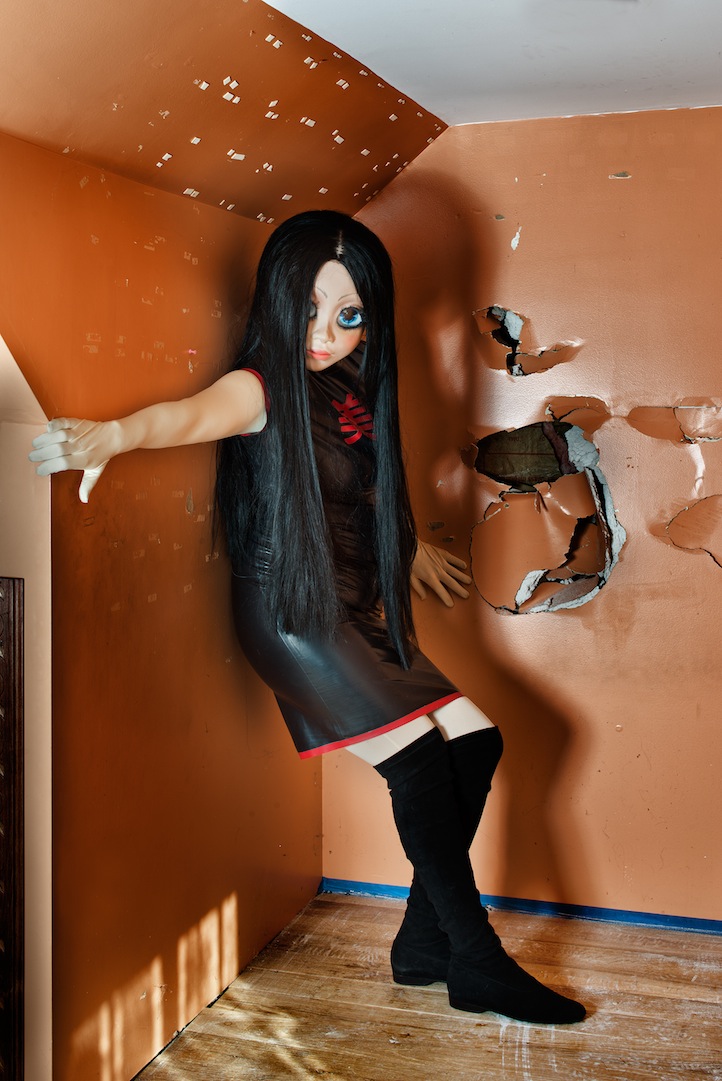 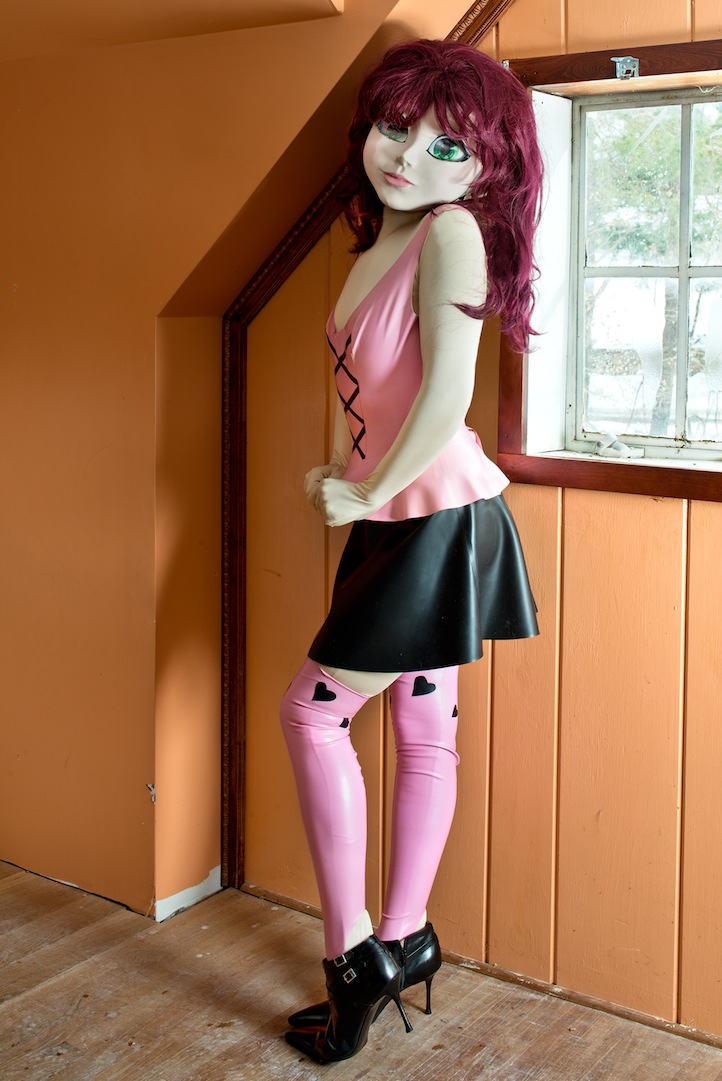 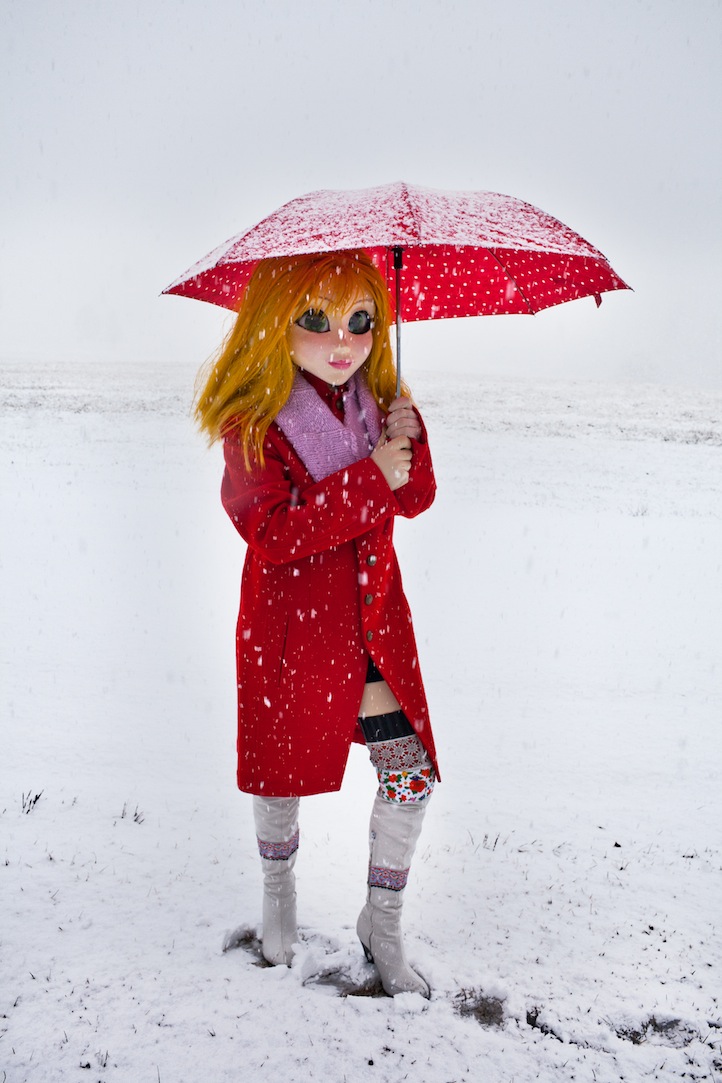 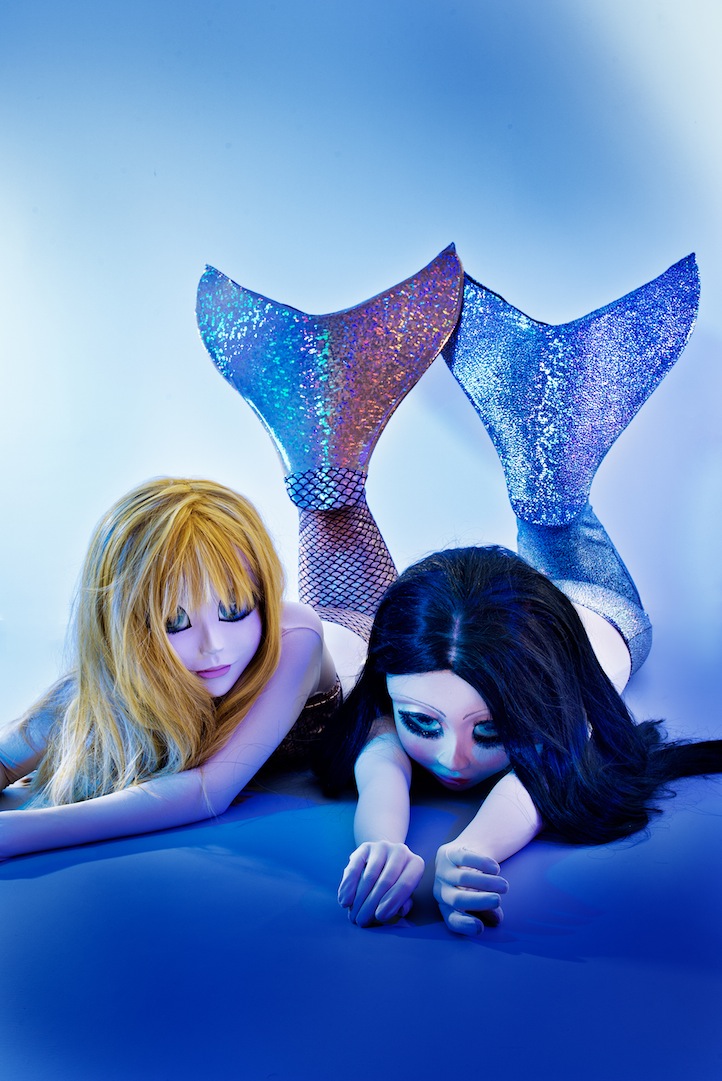 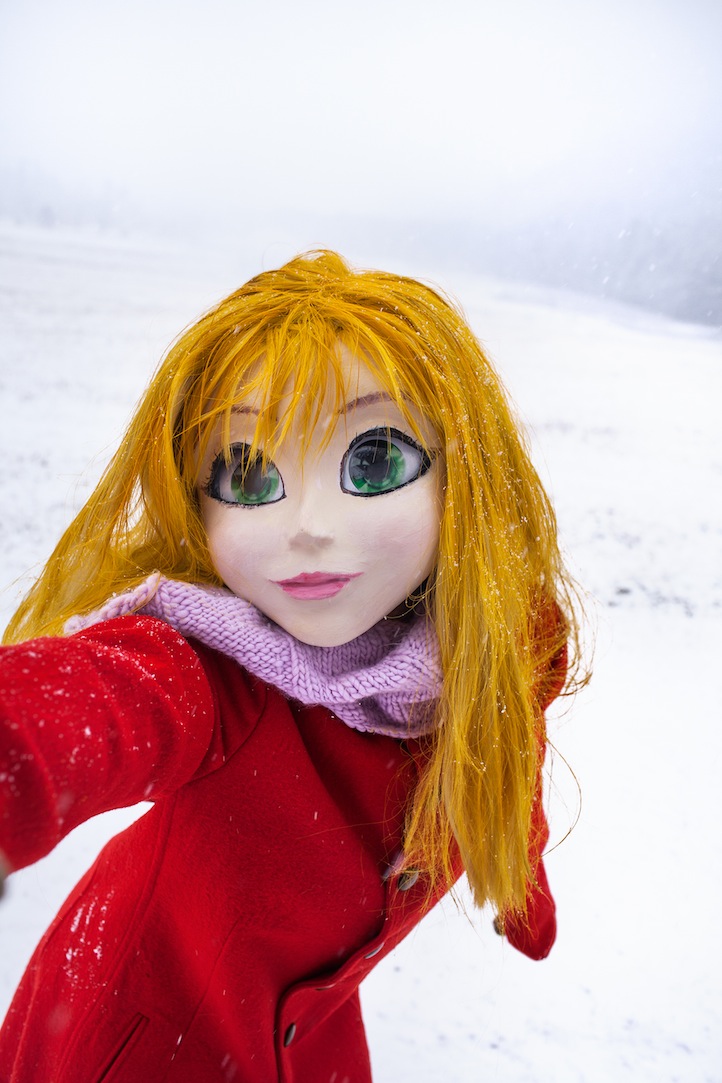 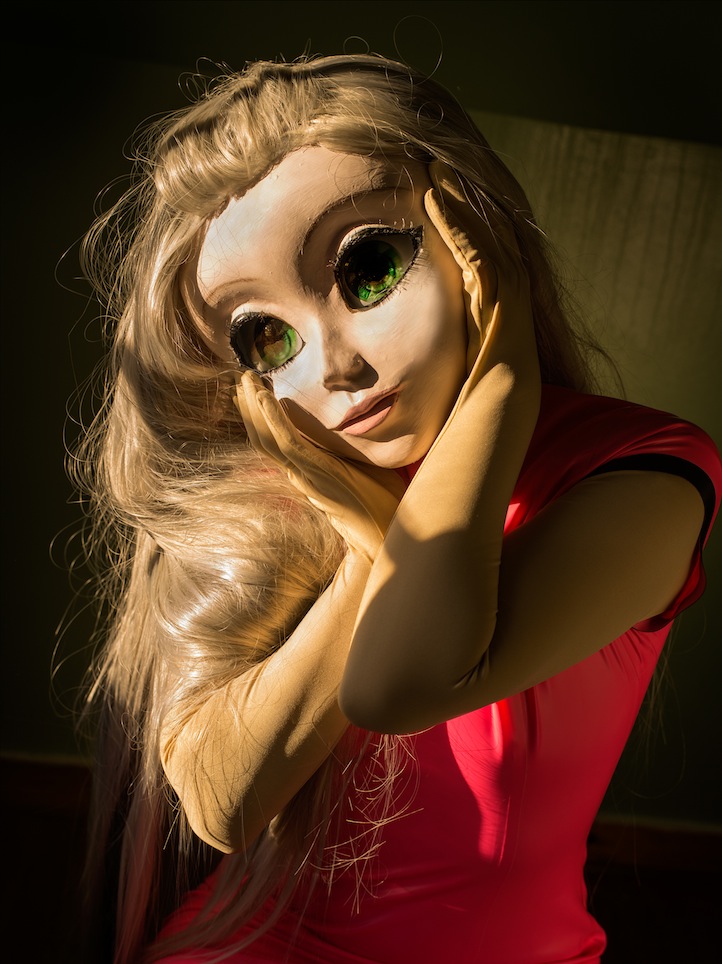 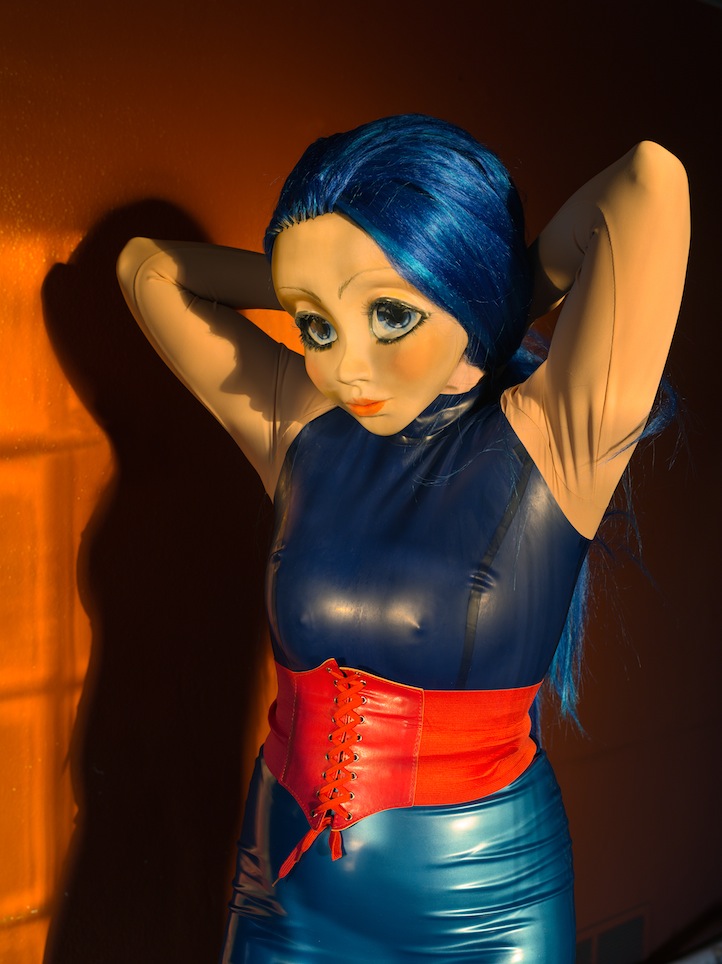