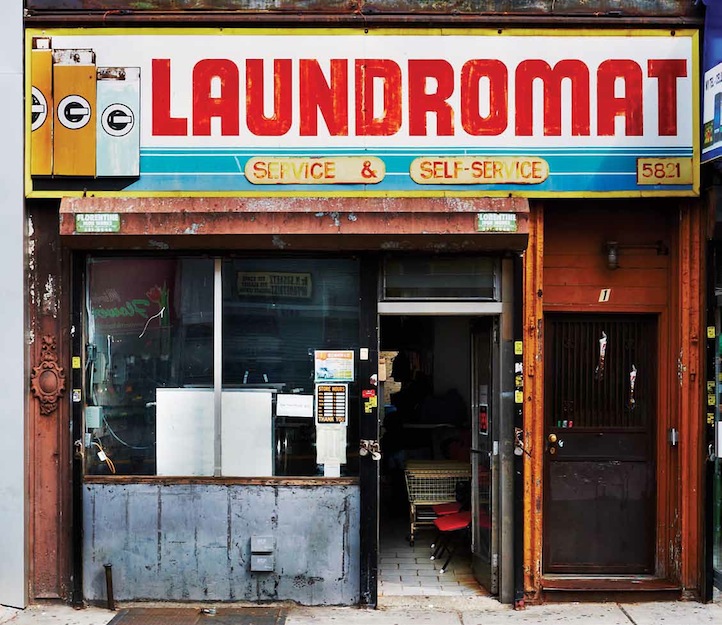 The Snoori Bros are two Icelanders, Eiður Snorri and Snorri Sturluson. For two decades, the Snorri Bros. have been making pictures and telling stories in various formats. Today they are best known as filmmakers, but from the beginning of their careers photography has always been a large part of their repertoire. Their latest project is titled Laundromat and is a compilation of photographs portraying what they’ve defined as a dying breed. Here, Snorri Sturluson tells us why he wanted to pay homage to one of New York’s most “cultural” chores.

Life+Times: Laundromats are a quintessential part of the New York City landscape: an indispensable element to many city dwellers’ lives. What was it about these spaces that you wanted to capture in photographs?
SNORRI STURLUSON: The initial inspiration for the book came from the decaying beauty of the storefronts. The gritty New York atmosphere, the signage, the bright colors, the faded and dirty signage, the personal and honest way in which the owners of the various laundromats present their businesses. The laundromats have a certain aesthetic pull that appealed to me and when I started photographing them and putting the images together a larger story started to emerge – the story of community, status, social structure as well as commerce, design and the utilitarian purpose of the laundromats.

L+T: No other public facility gathers so many people under one roof to engage in one of the most intimate rituals in which the modern human routinely performs, that of making clean again one’s outer and under garments. What did you learn about yourselves during this process?
SNORRI STURLUSON: That’s a tricky one. I don’t go to laundromats anymore. I started dropping my laundry off and have not looked back. It’s a choice I have been able to make because I can afford it. Laundromats are the kind of places that I found myself in when I didn’t really have another choice. It’s a last resort, almost like going to the DMV. I only go if I have to. I don’t know what that says about me. I’m lazy?

L+T: More importantly, what did you learn about the Laundromats in various neighborhoods in and around New York?
SNORRI STURLUSON: The most interesting thing I saw was that gentrification kills laundromats. There are no laundromats in [New York City neighborhoods] TriBeCa, the Financial District and Battery Park City. They are disappearing in [Brooklyn’s] Williamsburg, the LES and other places that are gentrifying. Once the flow of money into a neighborhood goes up and the average income level of the inhabitants rises – the need for laundromats diminishes. These people either drop their laundry off at the cleaners or have laundry facilities in their renovated or newly built condo buildings.

L+T: How did the books initial concept come about? Was this something that you were always interested in?
SNORRI STURLUSON: Like with many things it was coincidence. An old friend of mine has a chain of restaurants in Europe called “THE LAUNDROMAT CAFÉ.” He asked me if I could shoot a few pictures of laundromats to decorate his restaurants with and from there on the idea for the book was born. I have always been interested in serial documentary work in the photography space – buildings, people, themes, architecture, culture, and lifestyles. I love documenting all of these things with a camera. Laundromats specifically are not an interest of mine as such but when I started shooting them all of these themes started to reveal themselves. There are not a lot of people in my pictures. This is a choice I made as I feel like laundromats are lonely places, you don’t go there to socialize. It’s a necessary evil; a chore.

L+T: From 2008 to 2012, you photographed Laundromats. What was the most interesting thing to happen to you guys (in one of these spaces) over this time period?
SNORRI STURLUSON: I was never really inside the laundromats as the shots are from the outside. Occasionally an owner would come outside and ask me what I was doing, not often though. One time I went inside a laundromat in South Williamsburg to ask permission to shoot (which I usually didn’t do) and there inside this gnarly looking and decaying storefront was an old Chinese couple that didn’t seem to speak any English weighing mushrooms into plastic containers for distribution to stores. They had a food business on the side that they ran out of the laundromat. That was kind of trippy. A couple of times people on the street give you an attitude about taking pictures but that happens when you’re doing any kind of photography out in the public.

L+T: What are you two working on next?
SNORRI STURLUSON: The Snorri Bros. have several large and small projects in the pipelines, commercial work, music videos, photography projects, TV shows and feature films. Currently I’m working on a feature film that actually takes place in a Laundromat. It’s in development, to be shot in New York with an exciting (and yet confidential) cast. 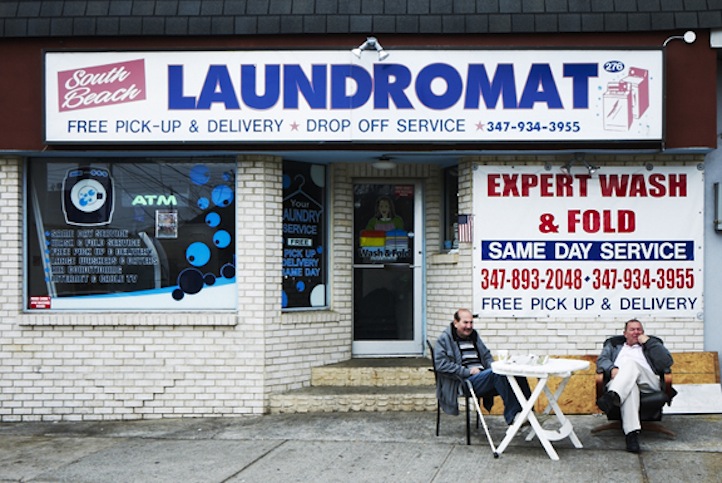 Laundromat is available for purchase here.