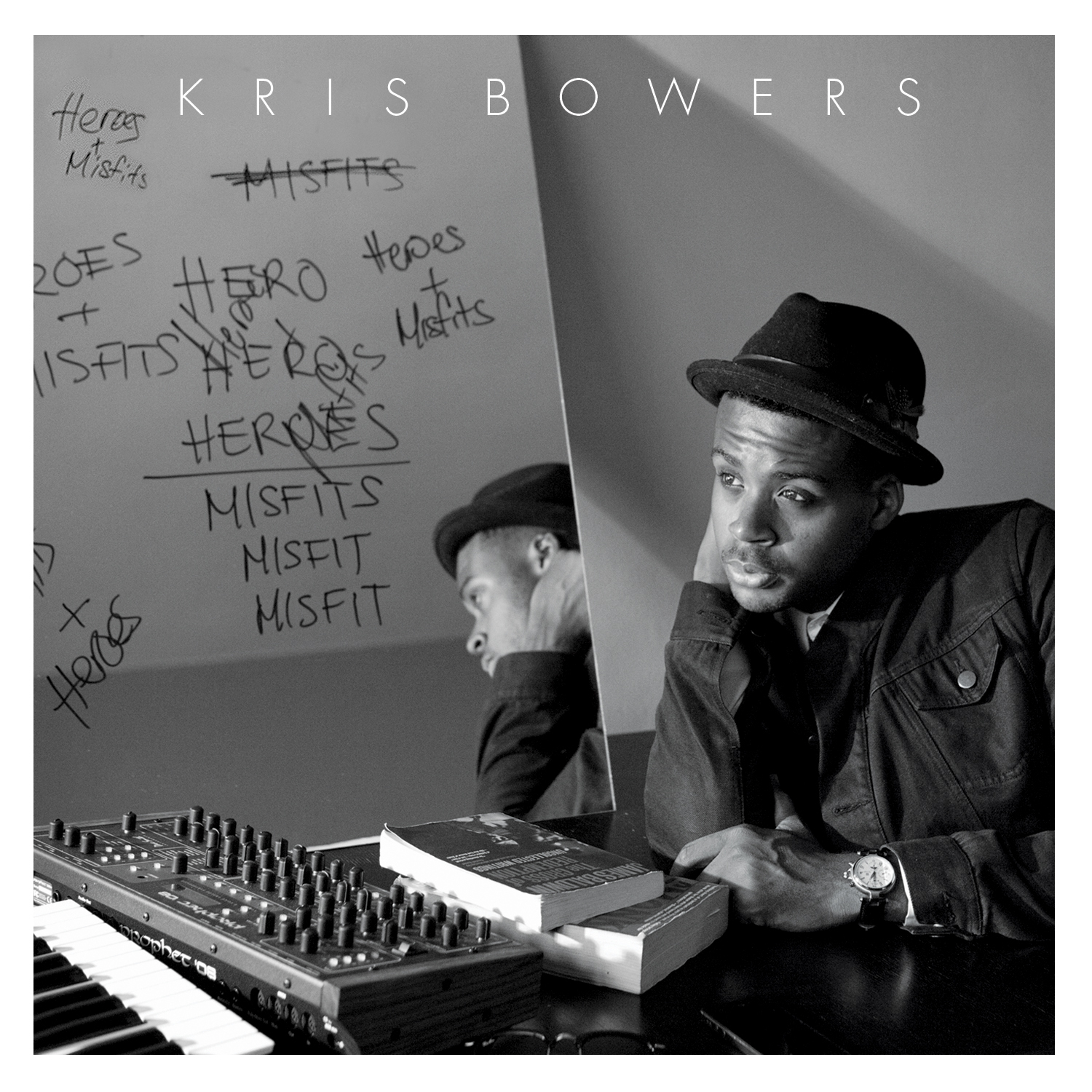 Kris Bowers has covered quite a bit of musical ground in a very short period of time. Since winning the Thelonious Monk International Jazz Piano Competition in 2011, Bowers has had the opportunity to work with everyone from Jose James and Marcus Miller to Q-Tip and Aretha Franklin. Those accompanying roles set the stage for his first endeavor as a lead man with his debut album Heroes + Misfits which comes out today.

“I want this music to help people – especially people of my generation – realize the potential and the power that is inside of them. I want it to be an optimistic look at their unlimited possibilities,” the 24-year-old Los Angeles native says of his new record.

While first coming from a jazz perspective, hip-hop, electronic and indie rock influences abound on the album. Life+Times caught up with Bowers to discuss Heroes + Misfits, his generation, working on Watch The Throne and more.

Life+Times: Tell me about Heroes + Misfits and your mission with this album.
Kris Bowers: The album title Heroes + Misfits comes from a few things. At the end of the day, it’s basically about this generation – my generation. I read this theory that has different archetypes for each generation and these archetypes cycle, and it just so happened that my generation is considered the “hero generation.” I thought that was really interesting being that, right now, for the first time in a while, you’re seeing this generation speak out or speak up for different things whether it be Occupy Wall Street, Trayvon Martin, gun control in general, and things like that. It’s kind of interesting that all of that is happening right now and that my generation is considered to be this hero generation. The “misfits” side comes from the fact of it now being more and more celebrated and lauded to be an individual. To be yourself and not conform to anything by any means. A lot of people look at heroes and misfits as these two opposing things when I kind of see them as the same thing. Most of the time, when you meet people that are heroes, they’re usually the misfits.

L+T: One of the songs on the album is called “#TheProtester.” It sounds like that song is speaking specifically to all of those things you just mentioned.
KB: Yeah, totally. That’s actually the first song I wrote for the album. I wrote it back near the end of 2011. It just so happened that at the end of that year, TIME Magazine chose their “Person of the Year” to be the protester. All of these ideas and thoughts – these things that were becoming something I was paying more attention to in my own life – were also being reflected in society. So that’s the song that started this whole thought process.

L+T: How long has the album been done? You’ve been on tour with Jose James and several other artists. How did you balance creating the album with being on the road?
KB: The album’s been done for a little over a year now. I got this recording contract from the Thelonious Monk Competition that I won back in 2011. So, I started writing right after that. All of the songs were written for this album. In 2012, I went on tour with Marcus Miller. Any downtime I had on that tour, I was writing. Adam Agati, the guitar player on the album, was also on that tour, so he and I were writing together a lot. The whole album was pretty much written on the road. [Most] collaborations I did were via email. It just so happened that a couple weeks before we went into the studio, I got into a bus accident with Marcus Miller that ended up cutting our tour short. So, I ended up coming home which gave me some extra time to prepare and get my mind right for the album.

L+T: You’ve worked closely with Jose James, Takuya Kuroda, Etienne Charles, NEXT Collective and others. Talk about working with these different people and how that’s helped you find yourself as an artist?
KB: It’s been great playing with them, especially Jose and Etienne, because they’ve been bandleaders for a while now. Just seeing how they’ve come along and developed their own style, and each of them have a very unique and specific sound. Watching how they do that and approach that made me more confident to pursuit and find my own sound, and be ok with not sounding like something else. [I was able] to really distill what it is I want to sound like, and I feel like each one of those artists does that very well, so it’s been great to talk and play with them.

L+T: You played on Watch The Throne, as well? How was that opportunity and what were you able to contribute to that record?
KB: That was incredible. I played this show with Q-Tip in Brooklyn at the Brooklyn Hip-Hop Festival a couple years ago, and he had some special guests like Busta Rhymes, Monie Love, Black Thought and Kanye West. So, I’m already tripping off being able to play with Kanye anyway. It just so happened that Q-Tip was still working on that track, I guess they had sent it to him to do some stuff with or add a little bit more to. That night, actually, after the show, they asked if I could come back to the studio and do some stuff for them. That night ended up turning into the next three days. I went back into Q-Tip’s studio and added some keys parts or string parts, things like that; if a sample wasn’t sounding right I had to fix a part, something like that. It was great to be in the studio with him and Kanye. Pharrell came in a couple days. Just seeing them talk about music was further proof – and I’ve always felt this way – that hip-hop artists are musicians. They talked about music with [the same] knowledge of the history of music that any other great musician would have. So it’s great to see that in person, and hear them talk about their favorite records and obscure records.

L+T: Talk about your influences beyond jazz, especially coming from a hip-hop and indie rock perspective.
KB: I listened to hip-hop when I was a kid arguably more than I listened to jazz, at least for a while. I didn’t really start listening to jazz until high school. Before that I really only listened to hip-hop and some rock. That stuff had just as much, if not more, of an impact on me as a person and my playing and musical tastes as anything. I always try to make sure that that is still present in my music now, because I still listen to a lot of hip-hop, indie-rock, electronic, and film score music. I listen to a lot of different stuff, so it’s important that I try to put that into my own music to make sure that it’s an honest representation of who I am musically, you know.