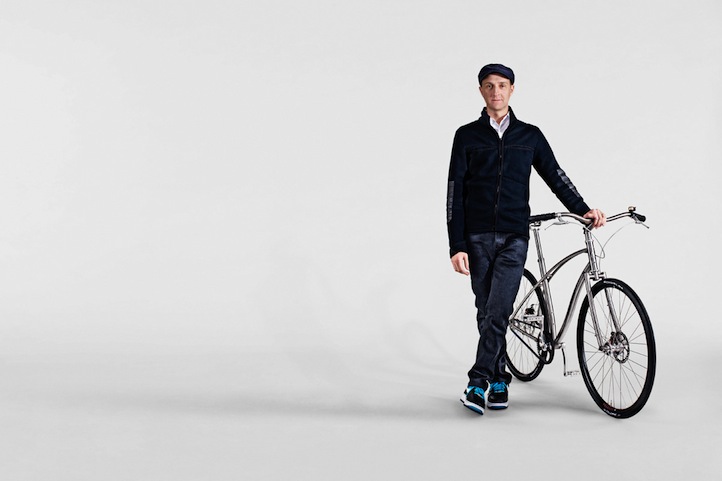 If you ask him, entrepreneur Paul Budnitz would deem himself “brilliantly talentless.” As the founder of cult-loved Kid Robot, he’s now embarking on his next venture, a line of high-end bicycles aptly named Budnitz Bicycles – an idea that came to him after riding his bike around New York City for over fifteen years. Want to find out the mission behind his drive? You might be surprised to hear the answer.

Life+Times: Often portrayed in the press as a renaissance man, you’re an author, artist, photographer, filmmaker, designer and serial entrepreneur. If you had to choose one title to describe yourself, what would it be and why?
Paul Budnitz: We live in an industrialized society, and there’s an expectation that we specialize in just one thing, and that’s what we do and that’s what we are. In my case, if I had been brilliant or talented in one area I would probably have stuck to that. When I was a kid I always wanted to play in a heavy metal band, but I’m totally hopeless at music. So I’m lucky, because my lack of talent lead me to discard the whole consideration of specializing in anything. I’m interested in a lot of different things. Being talentless, along the way I spent the time to develop myself to some degree in many different areas. So, I can make art and I can run a business, and I can even program computers when I need to pretty well. Right now I’m making a film with Kidrobot, I own my high-end bicycle company, and some friends and I are working on a new social network for artists. People think I’m joking when I talk like this, but I’m serious. Not being good at anything particular can be a great advantage. If I had to describe myself I’d say I’m brilliantly talentless, but I’m not sure I’m even good at that. 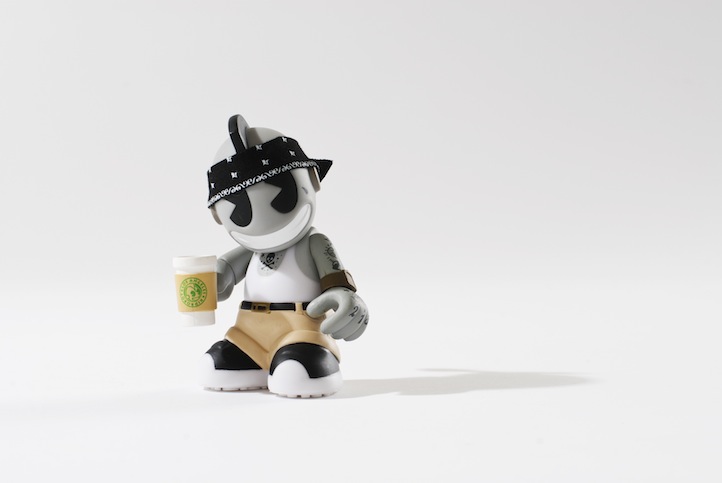 L+T: You’re also the founder of Kidrobot, the world’s premiere creator of art toys. How and why did this company originate?
PB: I fell in love with some toys I saw coming out of Hong Kong in 2002. They were part of a very small underground scene where a few artists were making toys by hand and selling them in the basement shops in these bizarre seven-story malls they have there. I wanted to do that too, so I started Kidrobot so I could make toys, and so my friends could make toys with me. So I did that and it worked out.

L+T: What was your mission when launching Kidrobot?
PB: To make a lot of amazing art. Really it was a kind of an art project at the start, and about halfway through I realized it would be a good thing to make a lot of money too, because then nobody could tell me what art to make. So I did that, too. 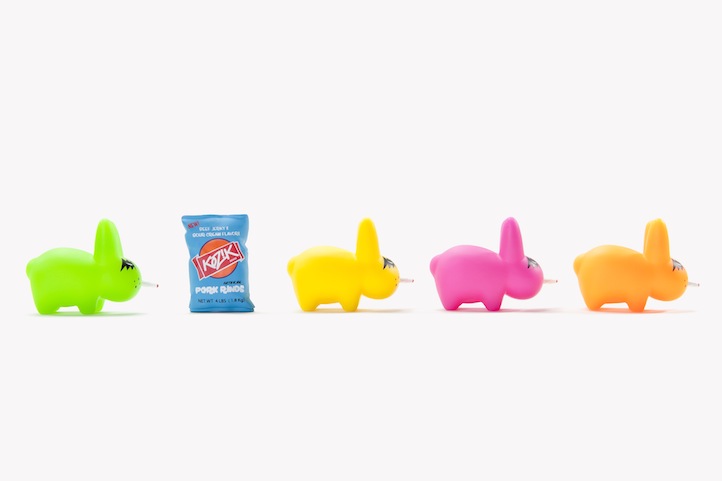 L+T: You’ve said, “When I first started Kidrobot it was really hard to explain to people what I was doing. People would ask, “Are they art or are they toys?’ and I’d say, ‘Both, and selling them is part of the artwork too.” That question has always driven me a little crazy. Now the toys are in museums AND they’re for sale in stores.” What factors do you think have attributed to the brands cult following?
PB: Well, the toys are a bit adult. Nowadays I don’t really think they’re toys, but they look like toys. They remind us of our childhood, which is appealing, but then there’s something wrong — the fuzzy pink bear has a hatchet and is covered in blood. I think people are attracted to that kind of shock. All good art does that, offers a glimpse of enlightenment and it turns us on. I also think it’s just funny to see a rabbit with a butthole smoking a cigarette. 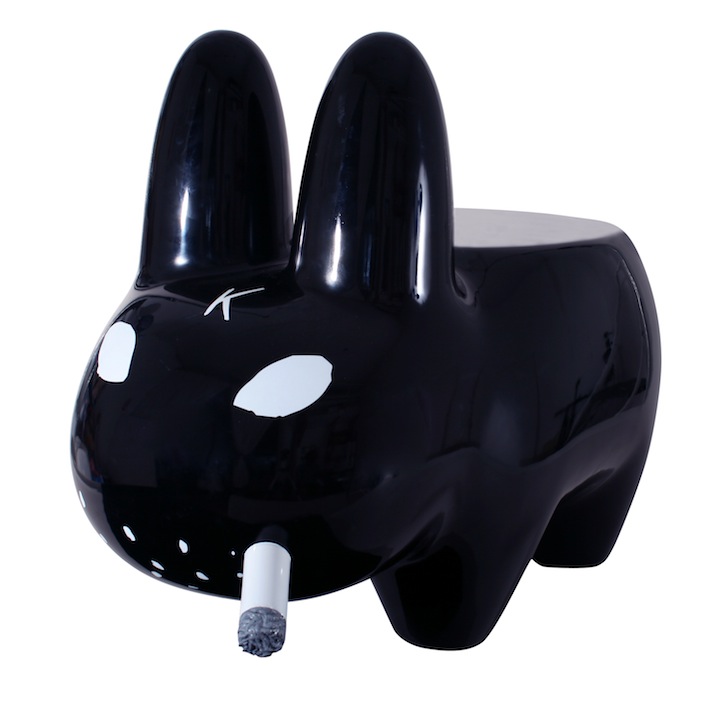 L+T: In the beginning, how did you choose your collaborators?
PB: I started out working with street artists because I’d been meeting them through my friends Tristan Eaton, FILTH, and others. Their work is so amazing. You know, street artists are remarkable because they aren’t paid for what they do and in fact risk arrest and violence just to do their art. That kind of passion mirrors the way I approach my own work, so it was a natural fit. The other thing is, I refuse to work with assholes, no matter how talented they are. Most really good artists are also effective in getting their work out there. The best street artists, musicians, designers are all extremely disciplined. Making something beautiful requires a sacrifice, and I’ve no patience for prima donnas and people’s egos. I just care about the work and love to work with people who are the same way.

L+T: Throughout your career, who would you deem your mentors?
PB: Andy Warhol, Jimi Hendrix, and Marcel DuChamp. They’re all dead.

L+T: This segued into a clothing line that was sold in high-end retailers around the world. How did this progression take shape?
PB: We started putting our designs on clothing and we just hit the trend at the right time. Doesn’t everyone want to put a giant evil carrot with a shotgun on his or her shirt?

L+T: You’re currently working as executive producer for Vinyl World, a feature film being produced by Warner Brothers and Spyglass/MGM. Can you tell us a little bit more about this?
PB: Nope. But it’s awesome… 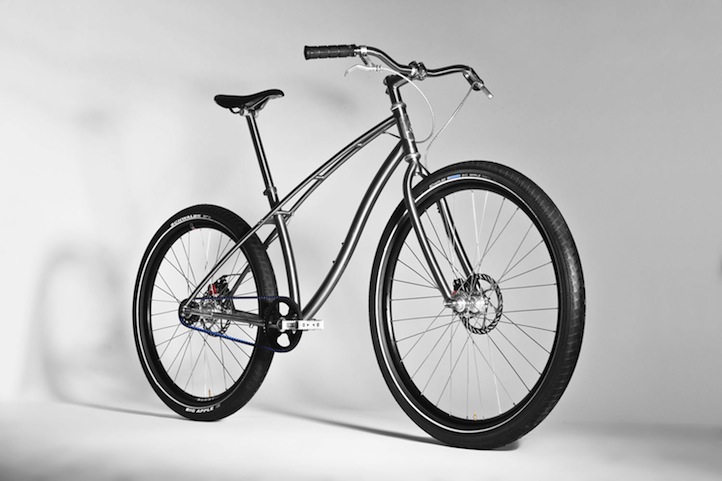 L+T: You also have a line of high-end bicycles called Bandits Bicycles, and you mentioned that you’ve always been obsessed with bicycle design. What prompted this new endeavor?
PB: I began to bicycle seriously about fifteen years ago while I was still living in NYC. After a while it was my main way to get around. People would laugh when I’d bike up to a club at midnight, but it was a great way to get around. What I always wanted was a bicycle that was beautiful and elegant enough to show up on wearing a suit, and fast and well made enough to last a lifetime; the Maserati of bicycles. So, I made my first bicycle, out of titanium. People kept offering me money for it, so I’d sell them one. Eventually it became this company. Bicycles are good for the world on many levels, and if we want more people to ride bikes, we have to make bicycles worth riding. Most people don’t bike because the bike they ride is terrible. My bicycles cost as much as a used car. They’re beautiful, and remarkable to ride, and once you get on one, you never want to get off. Almost everyone that owns one of our bikes, regular people or famous people or whoever, has told me that it changed their lives and they don’t find themselves driving nearly as much.

L+T: Tell me a little bit about this product – design, price point, long term plans etc…
PB: My bicycles were created for city riding. Our bicycles models are numbered — No.1, No.2, and No.3 etc. Each bicycle is different, and we just released No.4, which is a compact bike made just for the big city. All models come in cro-moly steel and titanium, with prices between $2,500 and $5,500. It’s a good deal. We use top-end components from race bikes, so the bikes are very fast and can literally last forever. All of them are hand-built to order. We even help you get a new one for free if one gets stolen. You feel the difference the moment you get on a good bicycle. The bicycles look so good, you just feel amazing riding one. 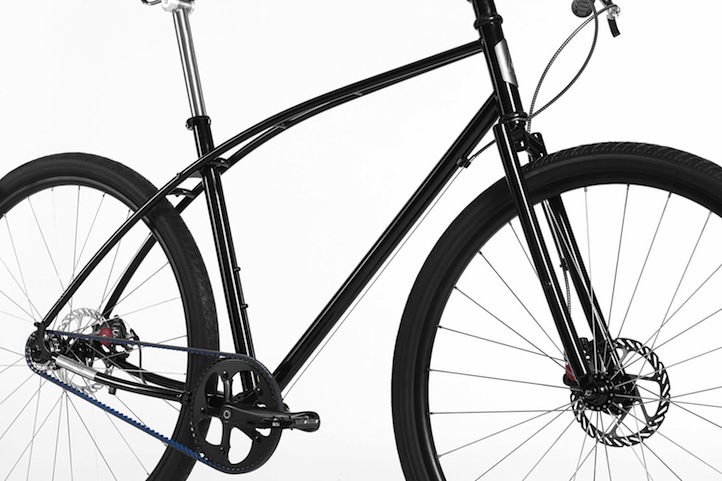