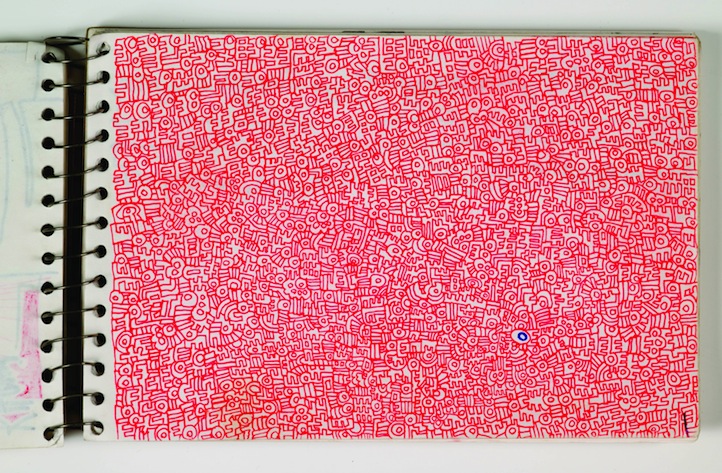 The exhibition “Keith Haring: 1978-1982” at the Brooklyn Museum is both a comprehensive examination of the artist’s early work and a fascinating glimpse into the artist’s process.

The early works capture Keith Haring’s boundless energy as he came into his own in New York City, not just as a student of the School of Visual Arts but also of the streets. Haring, who was raised in Kutztown, Pennsylvania, was already at the center of the vibrant culture of the New York downtown scene before he had his first solo exhibition at Tony Shafrazi in 1982 and became a pop culture icon. He oozed art—curating shows at the Mudd Club and Club 57, making abstract videos and drawing furiously on paper. Several pieces show how artist friends such as Kenny Scharf, LA2 and Jean-Michel Basquiat were integral to his growth. 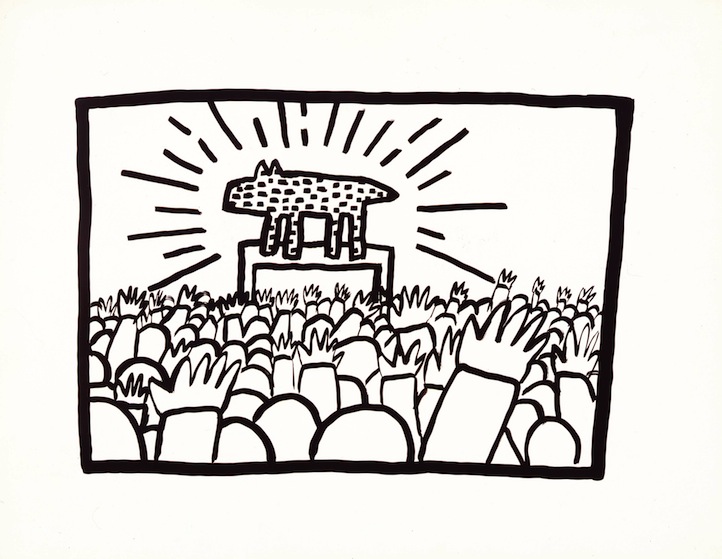 Classic Haring motifs are represented in early drawings of the barking dog, the radiant baby, the flying saucer and the pyramid, but there is much more to absorb. Journal entries from his childhood, photo and flyer collages, a splashy dance video entitled “A Tribute to Gloria Vanderbilt,” and a suite of subway drawings are included in the carefully constructed exhibit. In many of the pieces, Haring addressed the issues of the day, such as sexual oppression, the Vatican and frustration over Ronald Reagan’s presidency. 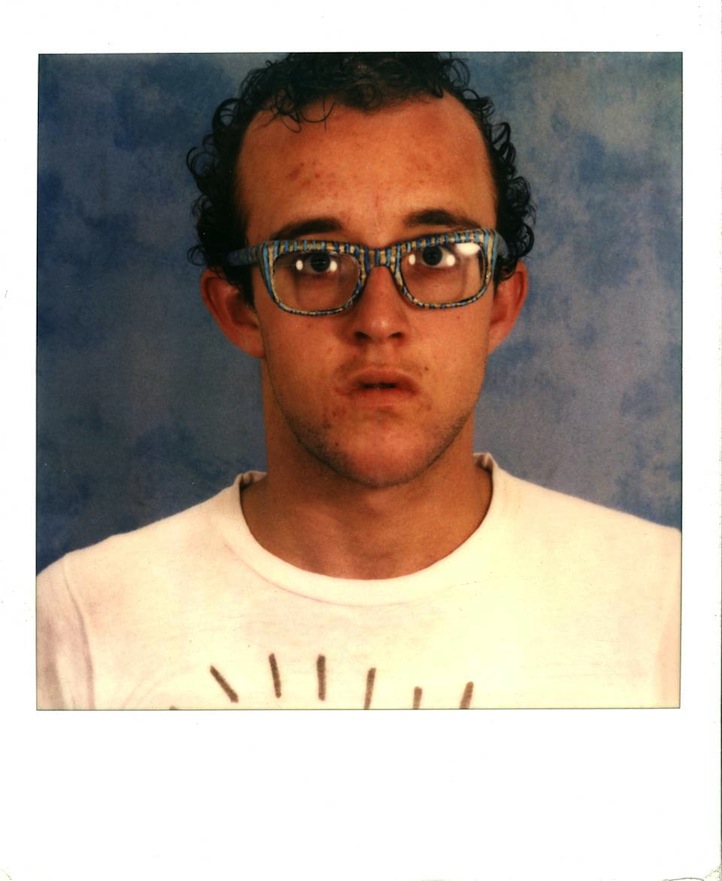 In lesser-known works, Haring experimented with language and words. “I think the show made clear that he was bursting with energy and ideas,” says curator Raphaela Platow. “I think it also unraveled how deep of a thinker he was. Every word had a very strong theoretical underpinning. There were years of doing different things and trying language-based pieces.” The Keith Haring Foundation, which the artist established before his death, loaned much of the work, some of which has gone unseen since the late ’70s. 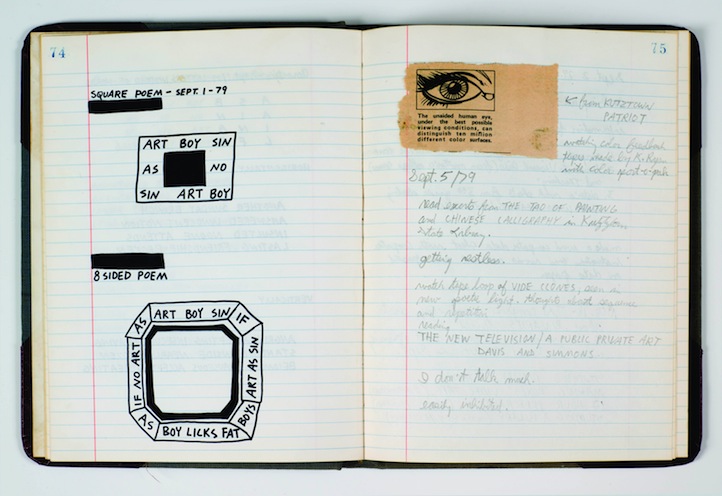 Later works from this period, such as his famous chalk drawings, are on loan from a private collection. Another video shows Haring in his studio, perfecting his deft, almost frenetic drawing style. The exhibition culminates in the fabulous sumi ink 23-foot scroll, “Everybody Knows Where Meat Comes From, It Comes From the Store.” “The show shows the potential his life could have had if he had the opportunity to be around longer,” Platow says.

The Brooklyn showing is the third and final stop for the exhibition–it also traveled to the Contemporary Arts Center in Cincinnati and the Kunsthalle Wien–but is the most expansive and the closest to home. His parents, siblings and many close friends attended the private opening, celebrating his work fifteen years after his early tragic death from AIDs in 1990. 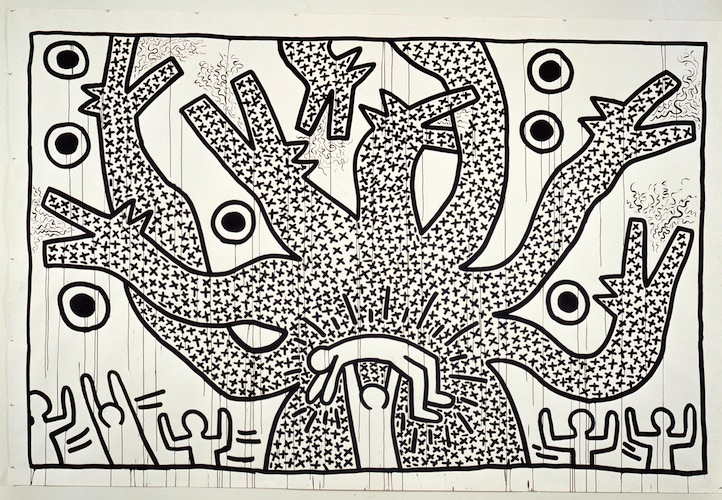 “There’s so much more to the story,” says Tricia Laughlin Bloom, the project curator at the Brooklyn Museum. “It pulls people from a broad audience. There’s the whole other aspect of getting to know his process and the way his mind worked.”

The museum has planned a number of events around the exhibit, including a recreation of Haring’s Party of Life scheduled for April 7. “You feel a little like you’ve gone back in time if you have any connection to that time period,” Laughlin Bloom says. “It’s such a bittersweet show approaching epidemic proportions. The message is think for yourself and don’t just accept things as they need to be.” 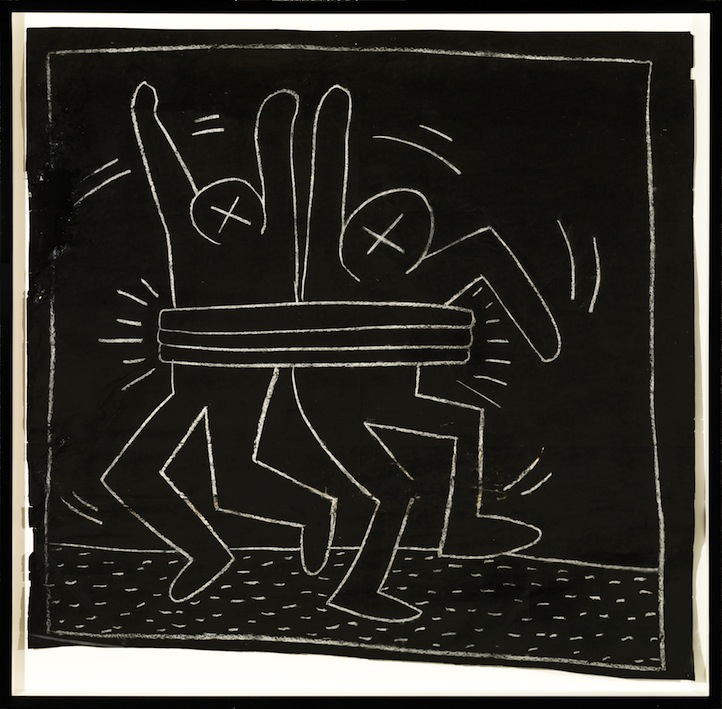