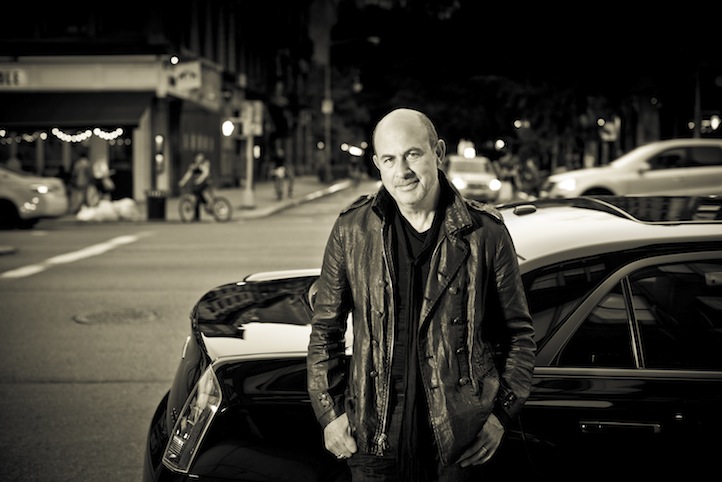 When Chrysler launched the “Imported from Detroit” campaign at the 2011 Super Bowl, the company began to investigate more deeply into its Motor City roots. In fact, they used designer John Varvatos as an example of what the brand should be for their internal presentations. Varvatos has authentic Detroit roots and Chrysler experience that is reflected in his edgy, rough and tumble aesthetic. Varvatos was raised just outside of Detroit in a Greek-American family. When he was young, he worked second shift at a Chrysler assembly plant to make extra money for two summers. He says that cars — along with music — have always influenced his rebellious aesthetic. Two years later, John Varvatos and Chrysler have teamed up to produce the Chrysler 300C John Varvatos Limited Edition and the 300C John Varvatos Luxury Edition. The car was first introduced at the New York Auto Show, but will be sold in an edition of 2000 for the 2013 model year.

Life + Times spoke with Varvatos about his visions for the future of the automobile Cooper Classic Cars in Manhattan where the car was on display.

L+T: How did cars and growing up in Detroit influence you?
John Varvatos: Detroit is such a melting pot of so many things. The automotive industry, the music scene and even my Greek roots and the community had on an influence on me. It was a weird time. I was quite small when the riots happened and the Tigers won the World Series in 1968, but I remember all those things vividly. It was the time of the Dodge Charger and the Mustang and a lot of cool things happening in Detroit. There was a muscle car thing. I was too young to drive, but I loved the whole noise and thunder with those engines.

L+T: What did you focus on when you set out to design this car?
JV: When you think about cars, fashion or electronics, it’s the little things. It’s the small touches that really make things. It’s not the big glossy blown up things. It’s how you execute the little details in life that are most important. What intrigued me was not trying to change the world or to change the 300 where it wasn’t the 300, but how you change those touches and add a little finesse. 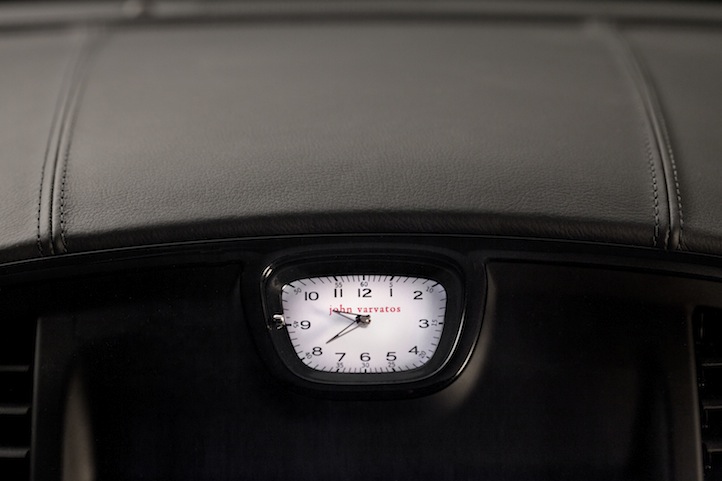 L+T: What do you think cars of the future will be like?
JV: They’re going more toward fitting people’s lifestyles. Before there have been cars for lifestyle— that’s where the SUV started—but I think they are being more interconnected and connecting with peoples’ lifestyles and personalities. All the features that people have and the choices people have, it’s moving toward personalizing cars more. People dress in a way that fits their personality. They end up having their own handwriting in the way they dress. The car, other than a home, is generally the most expensive thing they invest in. It says a lot about who you are. There are lots of people who drive a car just for service, but it almost always shows some kind of expression. It’s more about how do I feel in it? Does it fit my personality? Does it reflect who I am? It’s my own way of saying I made it, even if it’s just for you. You just want to hold on to that feeling. I’m a big audio guy and I collect records, I like to show my records, but I’m happy to there with my record all by myself. With cars, it’s the same.

L+T: Do you think custom car culture has influenced the trends in new cars?
JV: There was a big move through the ’70s in customization and then it got commercial and sterilized. The things that excited me at Chrysler is that there was a passion so deep what they’re doing. They take it personally. They’re never satisfied.

L+T: Did this project make you want to work on another car?
JV: I want to see this one first. I always want to do another collection. The minute one is done, it makes me want to do another. This car makes me feel like what’s next in the car for Chrysler? Where does it evolve to after that?