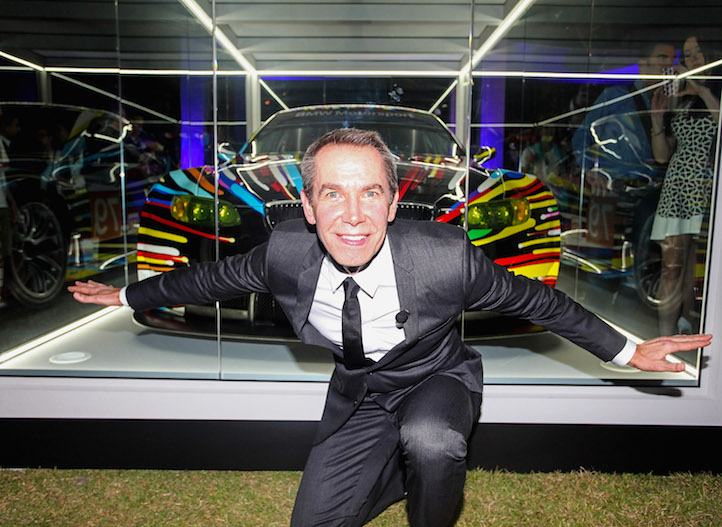 “Being good in business is the most fascinating kind of art,” Andy Warhol once said. Andy Warhol made pop art ubiquitous with brand names. In the current era, Jeff Koons follows in the lineage of the Warhol school of thought — Koons makes artwork a fascinating business.

The Koons imprint was prominent at Miami Art Basel. His BMW M3 GT2 art car was unveiled for its first American appearance. (Andy Warhol’s 1979 BMW Art Car was also on display as something of a blueprint for the art car series.) In fact, as the newest art car, he Koons car takes inspiration from the 16 cars that came before it including BMWs by Warhol, Frank Stella, Alexander Calder and Roy Lichtenstein. However, it’s a car that has contemporary accouterments, illuminated by linear bursts of digitized bright colors, designed to create the illusion of riveting motion at high speeds. 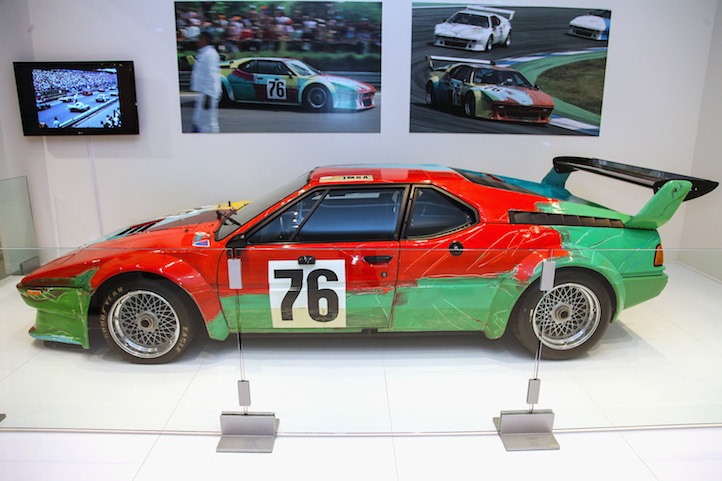 Life+Times initially saw the Koons car when it was near completion in 2010. Back then Koons said, “I was inspired by Christmas tree lights. I’ve received a lot of stimulus from it and improved my 3-D skill with taking 2-D and 3-D scans.” The Koons work also pays homage to Warhol, particularly in the number 79, represent the year that Warhol made his car. The Koons car was then raced at the historic motorsports race, the 24 Hours of Lemans. “I was there with my family. We were thrilled to be there,” he said

Koons was on hand at the Miami unveiling, where he reiterated his inspiration for the kinetic energy of the car. “I looked at images of novas exploding and how energy repels against something.” Supermodel Karolína Kurková pulled the cover from the car before a crowd that included art world luminaries like the director of the Tate Modern and auctioneer Simon de Pury. 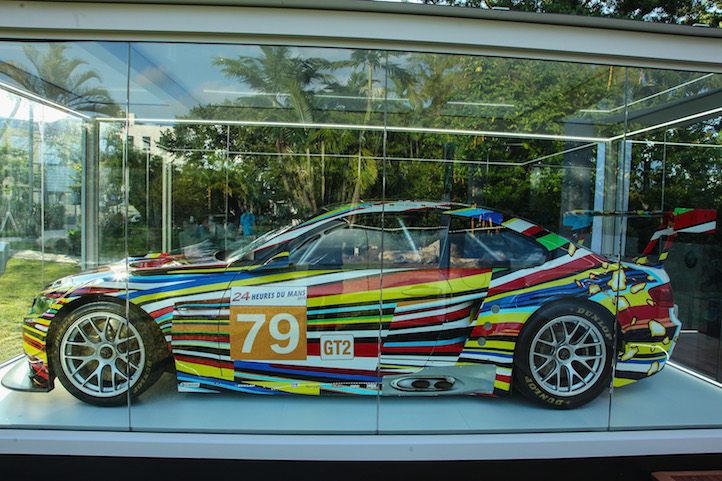 Koons also unveiled “Balloon Venus for Dom Perignon” in Miami, a miniature reproduction of his famous sculpture by the same name that will be produced in an exclusive edition of rose vintage bottles, priced at $20,000. In between the fanfare of openings, he was also seen wandering the floor at the main art fair, where the business of art is at a premium. His work was being sold at the Gagosian and Dominique Lévy gallery booths. As usual, he had a playful smile on his face, making the big business of art look like big fun.