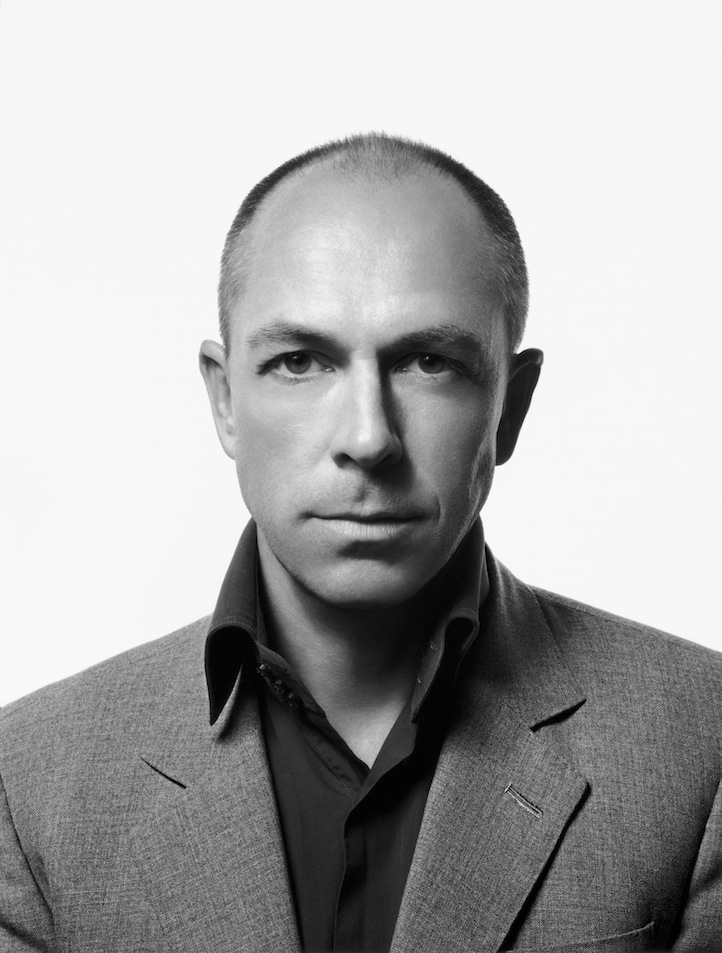 Dylan Jones runs a tight ship. As the Editor-in-Chief of GQ UK (a position he’s held since 1999), he’s no stranger to the British mastheads, having started his career in journalism at i-D and moving onto magazines and papers like Arena, The Face, The Observer and The Sunday Times. He’s solely responsible for taking GQ UK into a more political direction, has a weekly column in the magazine supplement of The Mail on Sunday and has published biographies on both [The Doors’] Jim Morrison and Paul Smith in recent years. So what keeps him motivated? Well, here he lets us know.

Life+Times: You studied design and photography growing up. How did this transition help your career in magazines and publishing?
Dylan Jones: Studying design and photography made it much easier to deal with designers and photographers as I knew what I was walking about. A lot of design comes down to common sense and good taste. And the ability to do it, of course. And not being stupid. I learned so much at Chelsea and St. Martins, although the thing I learned most was the fact that I wanted to work in magazines, the very best magazines. Essentially I grew up with a lot of the photographers I now work with, and I know there is no hallowed world. It’s all smoke and mirrors.

L+T: You were at the pulse of i-D Magazine in 1984. What did you learn about yourself, and your career path, during this time?
DJ: I learned that by a happy accident I was smack bang in the middle of Swinging London, and the early-to-mid ’80s turned out to be one of the most extraordinary times in British pop culture, youth culture and publishing. I met so many fascinating people who were all at the same stage in our careers, many of whom I still work with now. Many of us have spent the last thirty years growing up in public.

L+T: Before joining GQ in 1999 – you worked for smaller scaled publications like The Face. In terms of creativity and content, how would you define the 1980’s?
DJ: The ’80s were enormously creative, and there was a huge groundswell of young photographers, journalists, directors, stylists, musicians etc. You really felt as if you were in the eye of the hurricane. i-D, The Face, Arena – by day I worked on three of the most important magazines of the decade, and by night I spent my life in some of the most extraordinary nightclubs, from the Blitz and the Wag right through to Taboo and City of Angels.

L+T: In your role at the magazine – what do you define as your core mission? What do you hope to achieve with every issue you print?
DJ: To produce the best consumer lifestyle magazine in the world. You hope you shape the zeitgeist as well as filtering it. That’s when you’ve been really successful.

L+T: How does GQ UK differ from other iterations of GQ? What makes you unique – in terms of POV and voice?
DJ: Each GQ has a different voice, although I think our magazine has a particularly loud voice. Perhaps with quite a strong accent!

L+T: You’ve won many awards during your time at GQ. What do these accolades mean to you?
DJ: They are an acknowledgement that the GQ editorial team in London is the best in the world. Awards only mean something when you win them; obviously when other people win then they are pointless and worthless!

L+T: It’s always a debate and ongoing discussion between how to leverage the online components of printed publications. What are you and your team doing regarding this? What does your website provide that is not in the printed pages of the publication?
DJ: Magazine content stays in the magazine, and if you want it you either buy the printed product or the app. The online offer is free, but different content. Organizations that offer their content for free are doomed to failure. They should cease and desist.

L+T: You’ve published an international best-selling biography of Jim Morrison, a biography of Paul Smith and you have a few more coming down the pipe – mainly focused on music. What are you currently listening to now? What new musical talents are on your radar? Why?
DJ: I listen to everything, all the time, as much as I can. Right now I like Lianne La Havas and old school Jill Scott. There is no greater joy that surfing, looking for new music, bouncing between one thing and another. I never come away empty handed.

L+T: Collectively, what defines the culture at GQ UK? What is the office environment like?
DJ: We work hard, play hard, and always buy the best trousers. It’s often like a library in the GQ offices, as we have such tight deadlines and now offer the app on so many different platforms. But the staff certainly know how to enjoy themselves too.

L+T: What keeps you motivated? And when you aren’t working, how do you spend your time?
DJ: Work keeps me motivated, and when I’m not working, I’m writing.