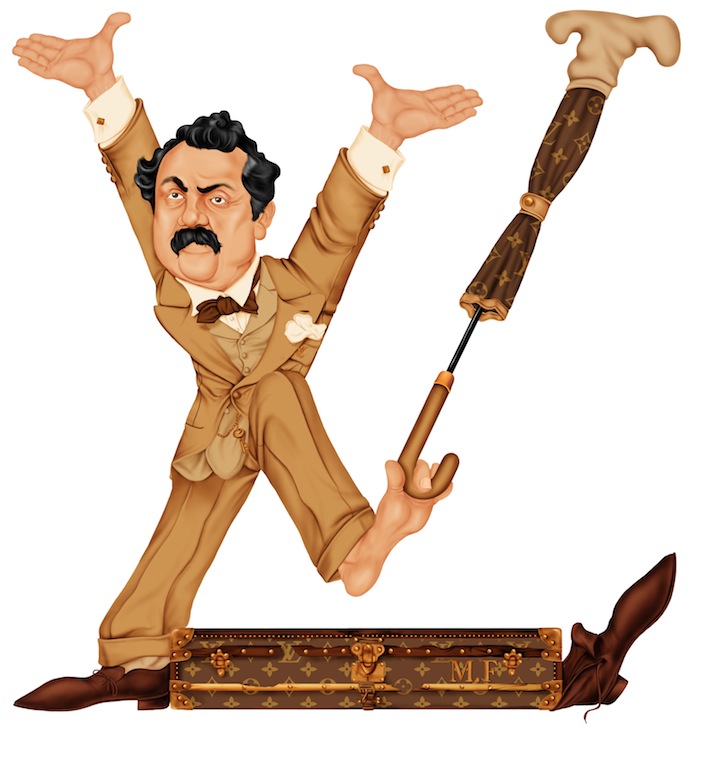 Artist Mike Frederiqo knew he had a talent (or those around him did at least) the second he picked up a pencil when he was a little boy. Since then, he’s managed to turn his skill into a passion and furthermore into a full on career. Here, fresh on the heels of his newest fashion-inspired designs, Frederiqo tell us why it all irreverent messages are at the DNA of his work.

Life+Times: You were born in 1991 and ever since you had the ability to hold a pencil – you were constantly and consistently drawing. What did you like to draw as a child?
Mike Frederiqo: When I was a child I was a little bit out of control so my parents gave me a pen and paper to keep me quiet! Thanks for that parents. I always drew cartoon portraits where I mixed iconic things together. Now, you can see that throughout my work.

L+T: When did you realize that you had a skill – a talent that people were taking interest in?
MF: I realized it at a very young age. I think it was when I was [five-years-old] or so when I came home from school. I showed my mother drawings that I had done and she didn’t believe me that I had made them. She thought the teacher had drawn them. It was at that point that I knew I wasn’t normal.

L+T: You got your start as a tattoo artist. Do you remember the first tattoo that you gave? If so, what was it?
MF: The first tattoo I did was on myself. I tattooed a whole sleeve on my right arm for practice.

L+T: Now your main focus is on illustrations and design. How did the transition take place?
MF: After the SpongeBob series it really began to change because that showed me that people were starting to appreciate my work. It’s weird to see your work in Vogue and seeing these big companies pay attention to what you are doing. I knew at that time that I must have been doing something right. So, the transition was quite easy. 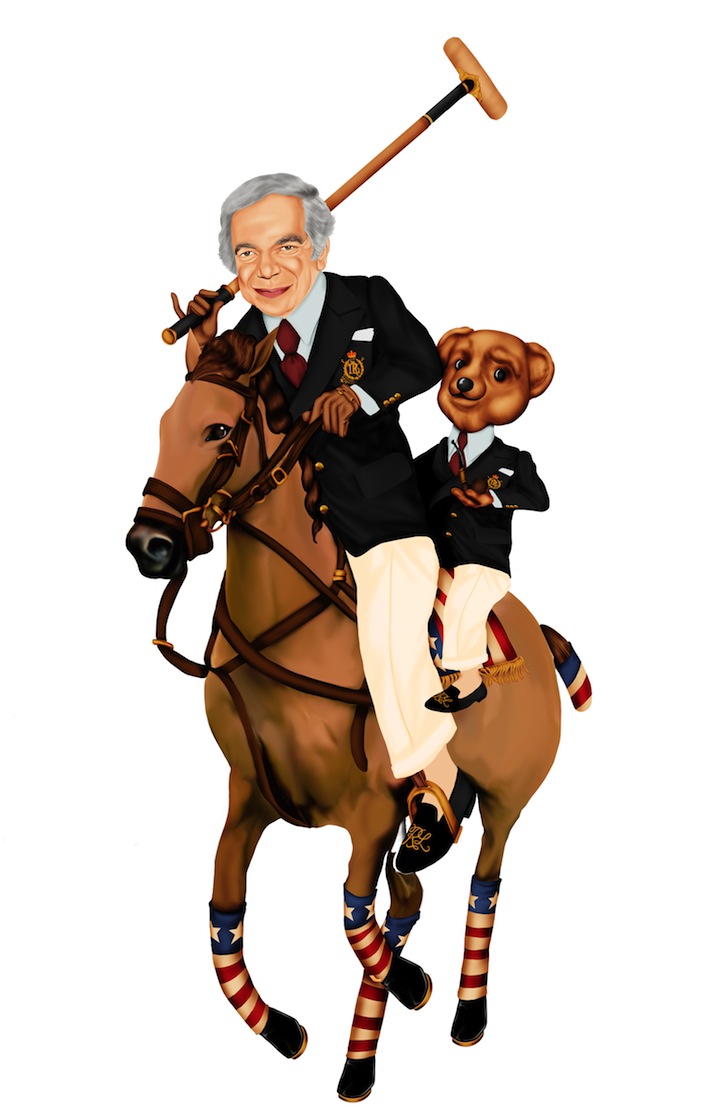 L+T: Your first project was titled “BAPE’s Soup” and was inspired by “Warhol’s Campbell’s Soup.” Can you tell me a little bit about this project?
MF: I remember seeing Nigo (the creator of A Bathing Ape) had his house full of “Campbell’s Soup” prints by Andy Warhol. I remember thinking I wanted to bring the two worlds together. That was basically it.

L+T: You’re also highly recognized for your Sponge Bob concept – where you took iconic media cultures and illustrated them using a Sponge Bob Square Pants template. What was the idea behind this? Why do you think it’s been so successful?
MF: The idea was simple. I like Sponge Bob Square Pants and I watch it sometimes. I thought it would be cool to do artist like Pharrell Williams as Sponge Bob and somehow it works. I think when you take something that’s already popular (like Sponge Bob) and give it a nice twist people will pay attention to it because they think they already have an understanding. It’s hard to explain – but it works. I also don’t like making stuff that nobody knows. After all, you make it for that world and not yourself. That’s just my opinion.

L+T: You have a strong working relationship with Colette. How did this initially start?
MF: Well, Sarah (the owner) saw my work all over the Internet and contacted me to do a series of tee shirts for the store. That was the first shop that ever sold my work. To me there is no better store then Colette in Paris. I’m looking forward working with them again. 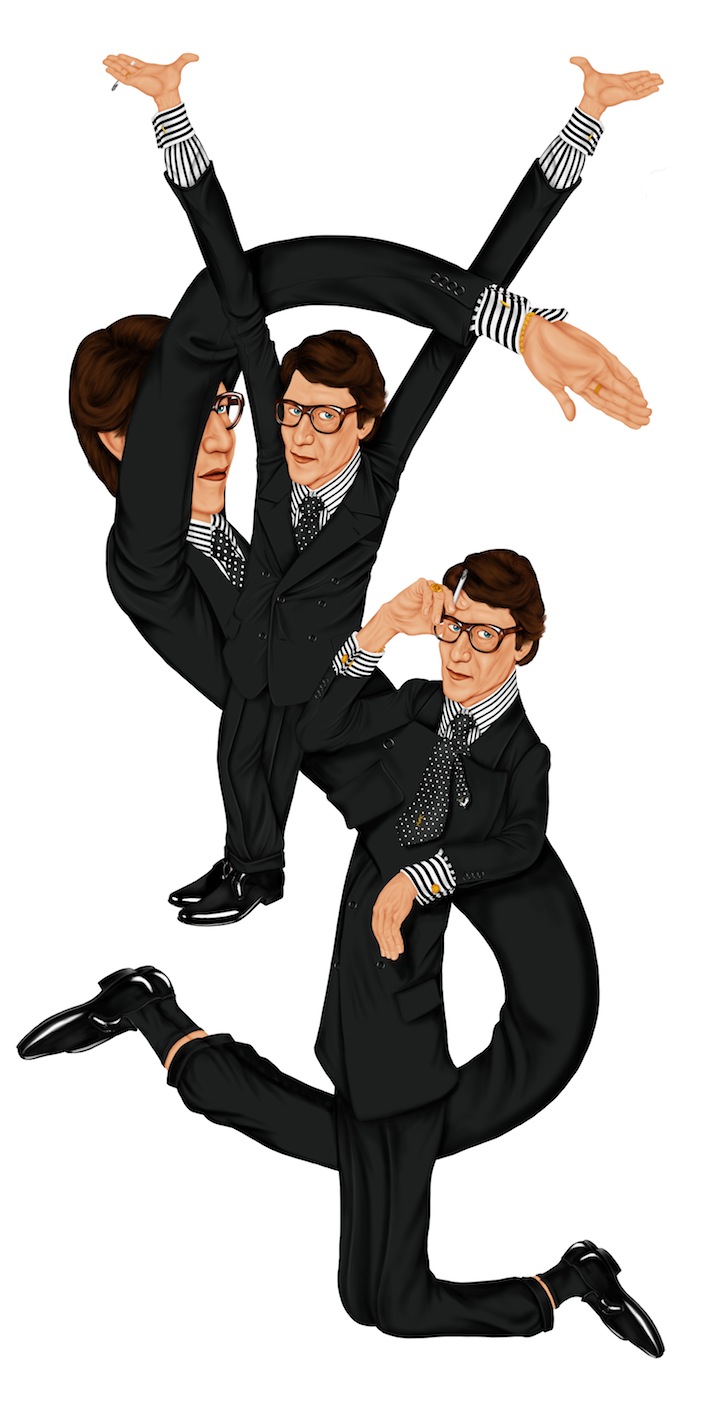 L+T: Now, you’re at it again and have created a collection of some of the worlds most recognizable fashion logos utilizing the designers themselves. Can you tell me a little bit about what inspired this?
MF: All of the spoof t-shirts inspired me you see so many illustrators taking those famous logos and making fun of them – almost in a negative way. So, I wanted to do something in a positive way with the logos that were recognizable. And what is more recognizable than the Coco Chanel logo? 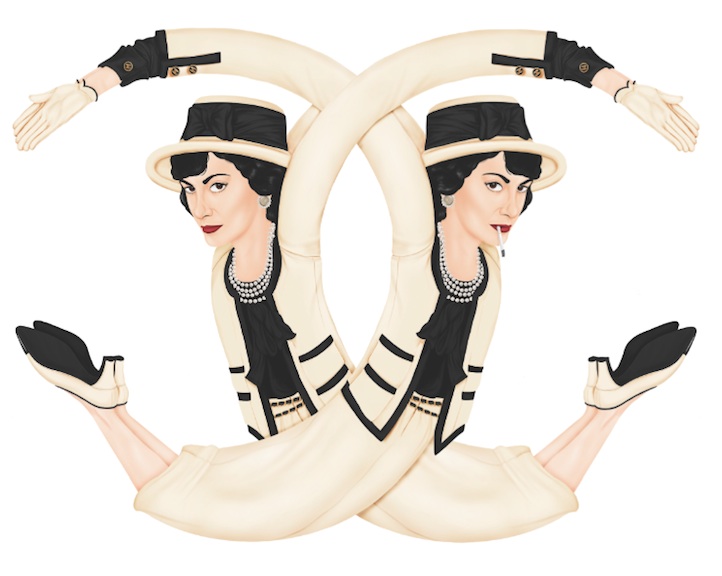