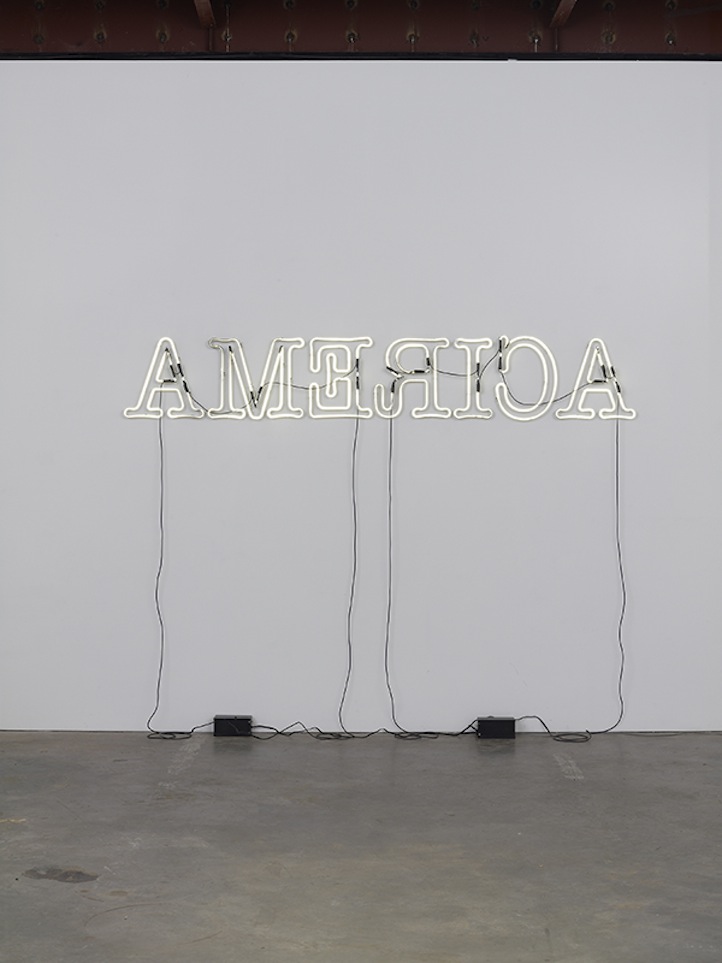 Glenn Ligon transforms the language of literature and icons into a poignant visual experience that is a furtive examination of social history. His mid-career survey “AMERICA,” at the Whitney Museum of Art, is testament to the conceptual territory he navigates, comprised of Black American identity, racial politics and themes from A Tale of Two Cities by Charles Dickens. Over 100 of his paintings, screen prints and sculptures are on display, comprised of neon lights, wood, charcoal and oil paint.

“The process starts with a phrase or a word that sticks in my head for a long enough time that I try to make a piece of work out of it,” he says. “The form is very important. It takes a long time to figure out what that form is.” In one more recent piece from 2007, “Gold Nobody Knew Me #1,” he invokes Richard Pryor with black stencil letters resting over a hazy gold backdrop. “I went to Africa. I went to the Motherland to find my roots! Right? Seven hundred million black people! Not one of those motherfuckers knew me.” 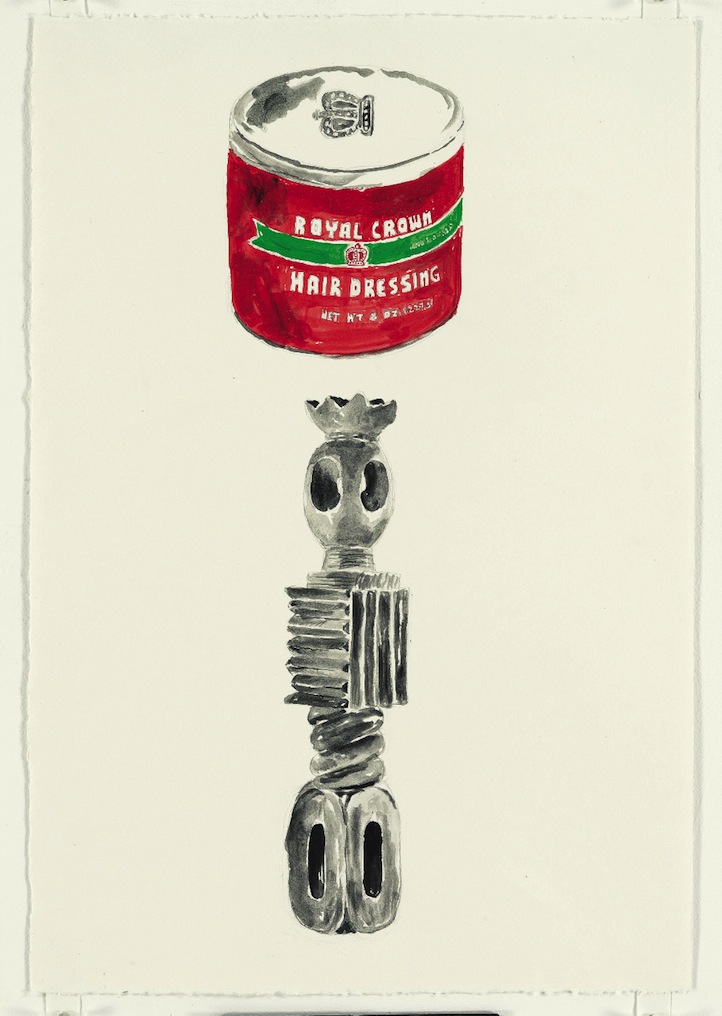 “I think the artist’s job is not as a reporter. I think art is about big idea,” says Ligon. “We’ve always had poverty. We’ve always looked at larger social structures. We point out moments of repetition. I’ve been reading a lot of Walt Whitman. The things he was writing about are still relevant. There are certain constants in society we need to look at.”

His earlier works date back to the late 1980s. “When I first started, I was very interested in bringing text and historical moments back in the present. I was very interested in Zora Neale Hurston from the Harlem Renaissance and I was thinking of slavery as a subject matter. The beginning of that career, it was about mining the archive of American history and literature and bringing it to the present,” he said. “Now it’s a much more abstract and a personalized view of the world, like obscure corners of a novel that I’m interested in. It’s more focused on language itself.”