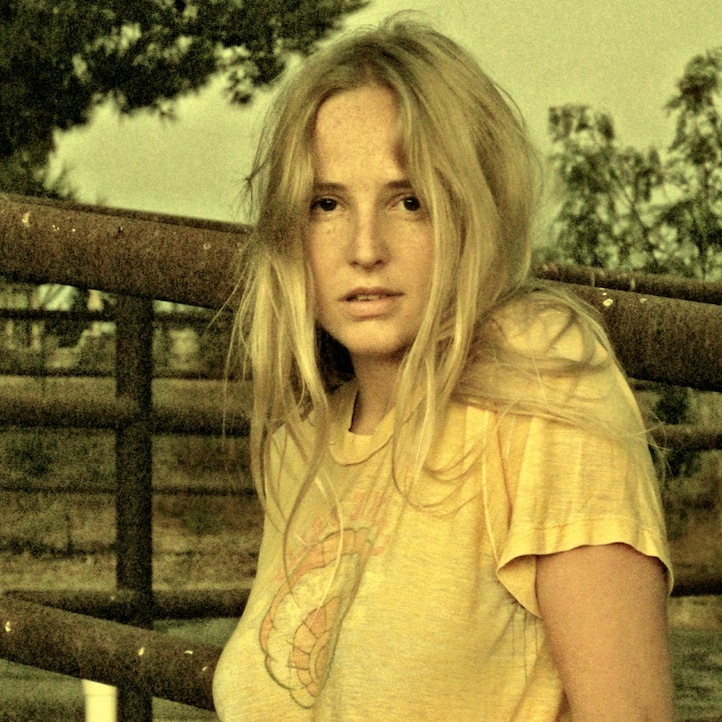 In her cover of Kid Cudi’s “Pursuit Of Happiness,” Lissie adds the unabashed bridge, “Hands on the wheel? Uh uh, fuck that.” She made it a hot line, while ScHoolboy Q made it a hot song, sampling the Cali siren on his track “Hands On the Wheel” (off Habits & Contradictions). There’s more to Lissie than a hip-hop co-sign though. The singer/songwriter dropped her third studio album Covered Up With Flowers late last year, featuring a slew of cover songs (including the Cudi single). After an invite tour by Lenny Kravitz via her MySpace page, Lissie’s had a whirlwind couple of years in the game. While penning her fourth album and performing with Snow Patrol in London, Lissie takes a break to sit with Life+Times to discuss her rising fame and how cleaning Yosemite National Park is in her backup plan.

Life+Times: I thought you were British…
Lissie: Yeah? Nice! It’s funny, you’re not the first person to tell me that. I was writing with this guy not long ago who’s actually from Minnesota and I’m from Illinois, and I showed up and he was like, totally confused. He was like, “Why don’t you have a British accent?” I’m like, “I’m from Illinois!” So yeah thank you, I take it as a compliment.

L+T: You definitely should! Do you find that the British audience really responds well to you?
Lissie: You know, they have! I put out a record like a year and a half ago, so right now I’m sort of just writing and keeping to myself more so, but yeah when I was here playing shows and when my record came out, the UK was incredibly supportive. Probably the most supportive market to date. I don’t know exactly why that is, but there definitely is a really strong music culture here where it’s not just like, you know, a certain kind of person who’s into live music. It’s pretty across the board; a good part I think of, you know, British culture. They love their music and their musicians.

L+T: What made you decide to do an album of cover songs?
Lissie: It started out innocently enough. I always wanted to cover “Nothing Else Matters” by Metallica because they were one of my favorite bands in high school, and then the Kid Cudi song – I covered that because it’s just a song that like, when I went home to the Midwest to Illinois, kind of rolling around town at 3am, we’d turn that up really loud and roll down the windows. So I just was sort of selecting songs that I personally had a cool moment with or relationship with to teach my band, and it was fun for us to be able to throw an interesting spin on our sets by incorporating these covers. Then people started really liking them and requesting them, and the videos were getting lots of hits on YouTube. Because I’m in the process of making my next record, I thought, well, people have really responded well to these covers, let’s put out an EP of them to kind of tide people over. Also because we’re proud of them and they really helped us get new fans, who I don’t think would normally seek us out. Not to dis my own genre, but I think sometimes people wouldn’t be as into us like, “Oh I want to check out this ‘female with a guitar’ thing.”

L+T: When ScHoolboy Q sampled your bridge on “Pursuit Of Happiness” for his new album, what did you think?
Lissie: I was home in California sitting out on my porch, looking up stuff on the Internet bored one night and went on Pitchfork and saw something that said “Hands On The Wheel.” I’m like, “Oh, what’s that?” Then I’m like “Oh my God! That’s me!” Then I forwarded it to my band and to my manager like, “Have you guys seen this? This is awesome!” I was so proud too because my cousins listen to rap music and are pretty hip, and when I went home I was like, “Check this out!” You know, it gave me total cred for my friends as well. I think it’s really cool. I really like it a lot.

L+T: Have any rappers hit you up to collaborate yet?
Lissie: No, you know when Dido sang on that Eminem song?

L+T: Yeah…
Lissie: I was in high school when that happened, and I guess in the back of my mind I’d always think like, if it’s the right song of mine, it could be used as a hook. Of course that’s something that I always thought would be really cool and very fun to do, but it wasn’t something that anyone…no one’s approached me yet. But maybe! We’ll see, you know? Now that this has happened…it’s fun. The part that [ScHoolboy Q] sampled – [sings] “The hands on the wheeel. Uh, uh, fuck that” – isn’t even a part of the original. It’s just a bridge that I made up to make the song kind of my own, so that’s cool that that’s the part they chose to use.

L+T: When did you realize you were a music supervisor’s wet dream? Your songs are played on almost every TV show.
Lissie: I didn’t realize it, and I still don’t! It’s great when I’ll get emails through that say, “Hey you know, this show is going to use your song,” because it’s encouraging. I’ve been writing songs and singing since I was a teenager, and I had initially moved to Los Angeles like seven, eight years ago. It took a long time for things to really start to get going. I just try to be grateful and thankful and go with it. Of course it’s awesome, because a lot of people find music that way now these days. Every new fan is really important to what we’re doing. My band and I, we’re really into the live element, so if we can get somebody to come out and see us play live, then that’s awesome.

L+T: What was the first song you wrote as a kid?
Lissie: When I was a little kid, before I could play any instruments, I would just make up words and sing my thoughts. I think it was something like telling my sister not to go in my room. [sings] “Go awayyy. Go awayyy!” It was very childish, and I actually recorded myself singing it on a blank tape on my little tape recorder and set it outside her room. We get along really well now, but we fought a lot when we were little. I would write these songs for whatever I was feeling, and I’d just sing them. In high school, one of my first songs that people said was a good song was called “Jungle.” It’s just four chords on the guitar. I was a good enough guitar player at 15 that I could play these four chords over and over without messing up. It was about fake girls at my high school and how they were so lame.

L+T: That’s pretty bad ass.
Lissie: Now I’d be totally humiliated if anyone got wind of that one but, yeah.

L+T: So Lenny Kravitz found you on MySpace?
Lissie: Oh yeah! Well, when I was in L.A. I worked with Guy Oseary. He’s Madonna‘s manager now so he is a pretty significant figure in the music industry, and at that point he was really supportive of my music. He actually showed Lenny Kravitz my MySpace. So it was like, Lenny was directed by Guy slightly towards it, but once Lenny saw my page, he did say, “Hey, let’s get this girl out on the tour!” That was a huge thing! I remember when that happened it was like, oh my gosh, this is such a big deal!

L+T: If you weren’t here doing this, where do you think you would be?
Lissie: My back up plan, to be honest with you – and I’m not even kidding about this: Two years running I went to Yosemite National Park, which is like one of the happiest places on Earth. I feel so fulfilled and great when I’m there. I went there, and I noticed there were a lot of people who seemed like they were students or visitors from other countries that were working as the housekeeping staff and were housed at Yosemite. They maybe worked four days a week cleaning the hotel rooms, but they got to live there and hang out and hike on the other days and that’s my backup plan. I really like to clean and I’m really good at it. My mom makes fun of me when I say this, but I’m so serious. I would legitimately consider that as a transitional job for myself. Some place where I could just do something really simple like clean and be able to be in nature, and then I think I’d take it from there.