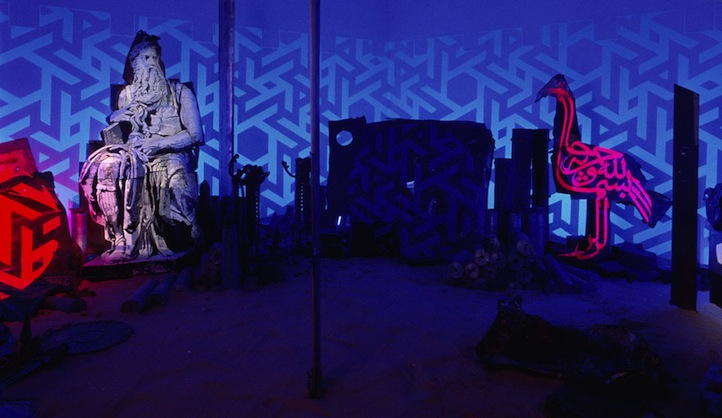 Justen Ladda was born in West Germany, but he has been a staple of the downtown New York art scene since 1978. In 1981 he transformed the auditorium of an abandoned school in the South Bronx with a comic image of The Thing from The Fantastic Four. More recently, in 2008, he created a public work in the Allen Street Mall comprised of Chinese scholar rocks.

He works in a variety of mediums, defined by his painstaking attention to detail that illuminate his wry concepts, which are both haunting and vivid. His sculptures of giant noses, lustrous wood panels that change colors in the light and delicate hand strung crystal bodices are works of precision. His work is included in the collections of the Museum of Modern Art, The Israel Museum and the Baltimore Museum of Art.

Life+Times: Your work is visually stunning, with incredible attention to detail. What’s your process like for creating new work?
Justen Ladda: First I have a very specific idea for an image, which either evolved out of previous work or just comes to me unexpectedly like when I’m in the shower or brushing my teeth. Most of what I do I visualize before I start the actual work. I try to see the finished work in my mind’s eye in as much detail as possible. I can walk around it, look at it from different angles and imagine it in different materials, colors and finishes. Sometimes I imagine something in the most minute detail and wonder how it was done. Then I begin to experiment with materials and methods to recreate what I saw in my head. I usually don’t make preparatory drawings. But in the end the work has a life of its own and is what it wants to be and often surprises me. 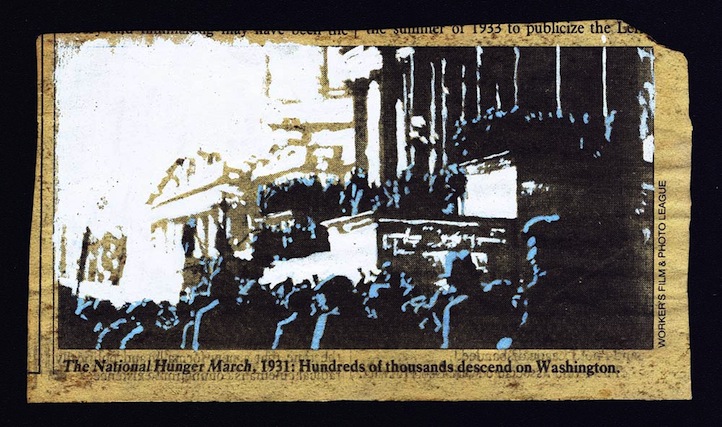 L+T: Are there specific ideas you want the audience to take from your works?
JL: Once a great teacher told me: when you’re a sculptor, don’t look at sculpture for inspiration, look at things outside your medium, for example dance and music. I think he was totally right. He was into J.S. Bach and it showed in his work. My greatest inspiration is music. I love Miles, especially the stuff he did between 1969 and 1975. “Agharta” to me is still one of the greatest pieces of music ever written. It’s very visual. Music is like fertilizer to me. I listen to all kinds. I don’t want the audience to take specific ideas from my work. There is not one ‘correct’ way of looking at it. You don’t need to know anything about art to relate to it, I think. I try to keep the work open, it’s like an echo chamber or mirror it gives you back what you bring to it but somewhat altered by the piece. So everybody gets something else. 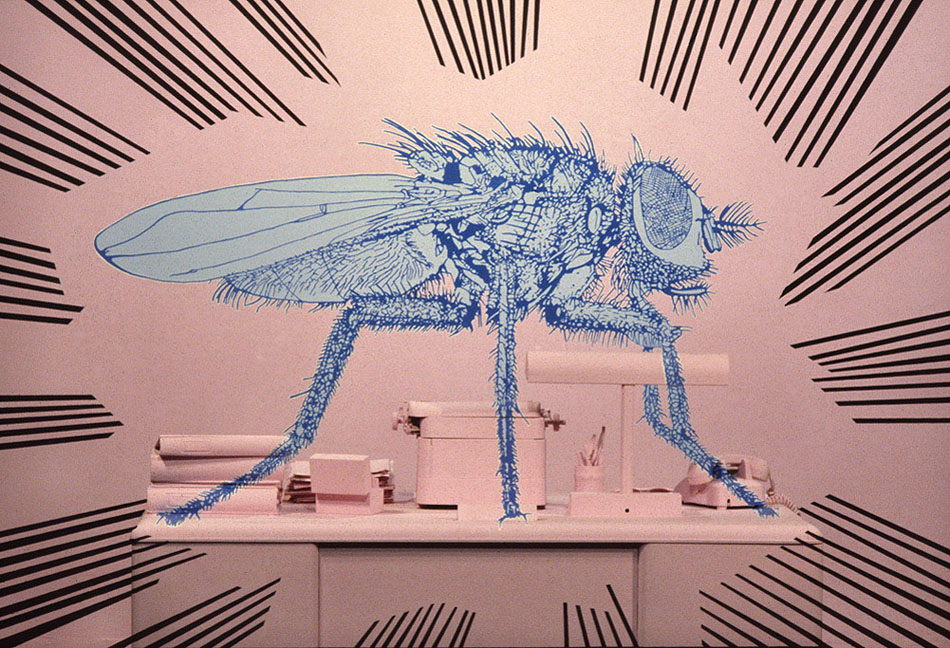 L+T: You work in many different mediums. Is there synchronicity between your works?
JL: I work in different mediums, and several bodies of work grow side by side. I usually concentrate on one until I feel that I did all I could in that vein for the time being. Then I jump back to another body of work. It’s like trains running on parallel tracks with me jumping from one to the next and then back again. It’s a trip. 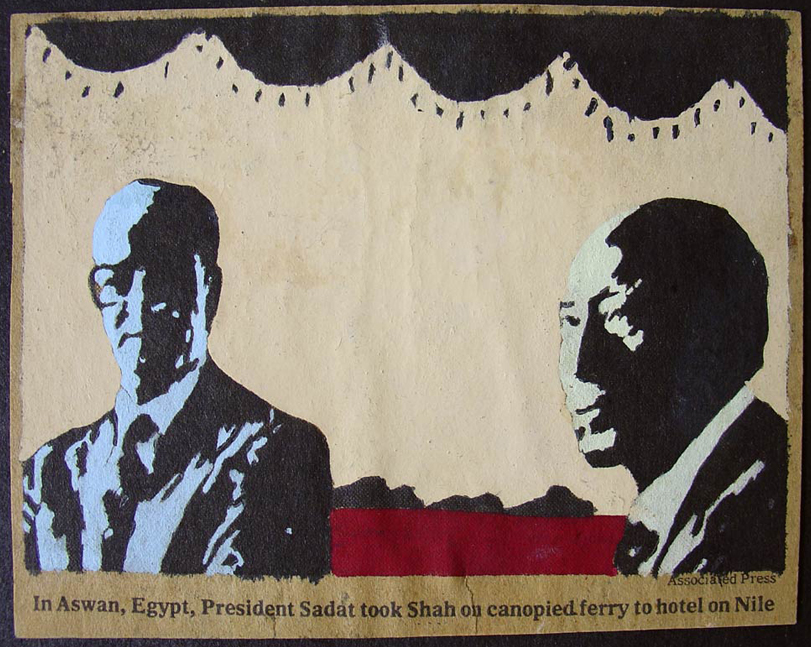 L+T: What kind of materials are you currently working with?
JL: Right now I work with red cedar wood panels, raw pigments, iridescent powders and varnish to make more “mirrors.” Strictly speaking they’re paintings but to me they’re sculptures because they have a strong 3-D aspect, because of the reflection. I love wood, especially the wood grain. Each line in the wood represents a year, I think that goes well with a mirror, all those lines, all those years. I’m old – many lines on me! The raw pigments are powders of pure color that are very beautiful. I mix them with varnishes and make my own paints. It gives me more flexibility than I would get from paint in tubes. And I stain the wood. Under certain conditions the wood grain will look like inlaid lines of colored glass. I also work on a little park on the Lower East side. It’s a long project and tons of work but it’s slowly coming along. I love gardening. 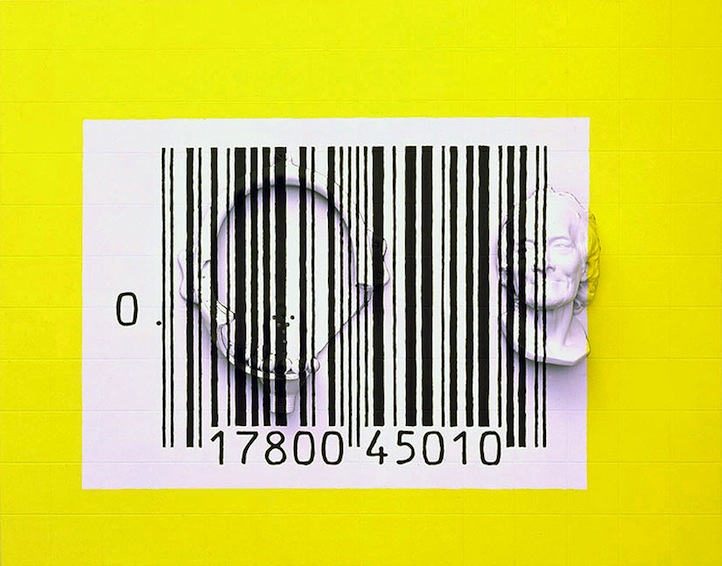 L+T: What are your projects?
JL: I rarely show my work to the general public. I have a circle of very talented friends and colleagues that I invite to my studio when I have new work. When I think of upcoming I think more about the things I will do next, not necessarily where and when I will show them. I will go back to doing portraits and morphs soon. And there is an important installation I’ve been dying to do. I just need the right place. And I will go back to experiment with a type of image that is almost immaterial, one of my secret projects that I never talk about, because they sometimes don’t work out. But if they do, they’re something else.” (Justen Ladda)