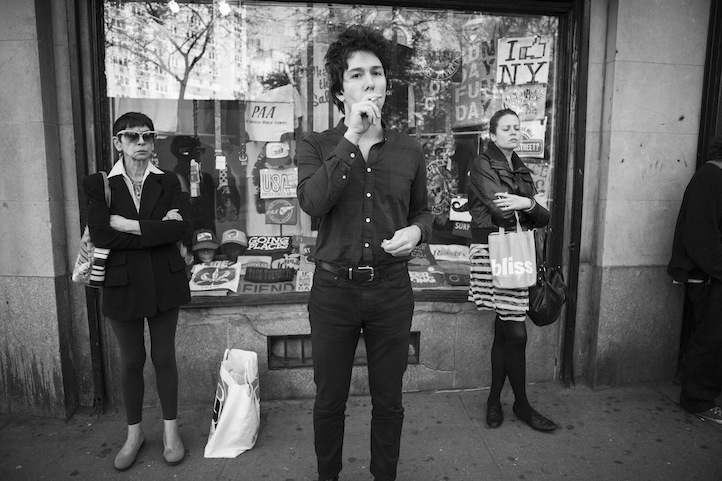 Matthew Daniel Siskin, the front man for his band Gambles, is about to release his debut LP titled ‘TRUST’ – based on something he’s struggled with for as long as he can remember. On the heels of kicking off his global tour, here we chat with MDS live from his hotel room in Berlin.

Life+Times: You’re about to release your debut album titled TRUST. What’s behind the name?
Matthew Daniel Siskin: To be honest, its the first song I ever wrote. It’s also the reason this record exists – it’s also something I’ve struggled with in one way or another for as long as I can remember. I think it was the name of the record before I made the record.

L+T: When you listen to the album, you can hear a lot of sadness and pain in the lyrics. Where was your head at when you were writing these songs?
MDS: I think I actually turned my head off when I was writing (mostly, not every song) – it was more of just dealing with buried things and just the need to get it out, and it had to happen off the cuff without too much pushing or over thinking

L+T: You went through a lot of pain and hardship before putting this record out. When you listen to the completed LP, are you content with the outcome?
MDS: I think content is a tricky word, it exists the way it should and I’m happy that in it, I feel like I said everything I needed to. I’m not sure if I’m judging it as a musical project, or rather – did I do right by myself and everyone around me – that’s really the reason it exists. everything that is now happening around it, and because of it, is something else entirely. but yes, when I listen to it I feel like it’s exactly as it should be.

L+T: I’m also interested to know what’s behind the name Gambles, and how come sometimes you’re referred to as GMBLS?
MDS: The name came from a friend of mine, who just said it out loud. I loved the way it sounded. It also has a hundred meanings for me – beyond the obvious casino references. I think I gamble with everything, every day – testing the waters or testing people. As far as GMBLS, thats just the name I gave my imprint when I was told I needed to name it. 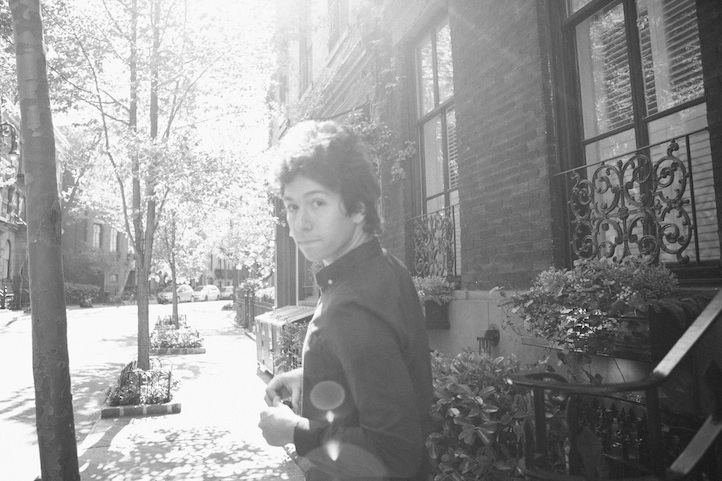 L+T: You’re also a digital genius – having worked with some big names and brands on their online entities under your company designedmemory. How do you have time to do it all?
MDS:Well, as I write this, I’m in my Berlin hotel room – organizing my thoughts and projects and to-do lists while also just trying to figure out what time my sound check is tomorrow – and if I can make it back to my hotel in Hamburg in time to hit some deadlines. I don’t know, I feel lucky I’m able to actually do these things simultaneously and somehow pull it off. Sleep or no sleep, it all gets done. And I enjoy all of it, even when I can barely understand what timezone I’m existing in.

L+T: You’re also gearing up for tour – what are you most looking forward to about the upcoming leg of the tour?
MDS: As simple as it sounds, I’m just excited to play for people who want to hear the songs. That exchange is everything (and still so new for me) and as the record is coming out and more people are hearing it – the idea of playing for ears who came to listen makes me feel really good. All I’ve ever known is, walk into a room, get on stage, and convince the talking bar to stop talking and try to listen to what you’re doing. But when you come to a show after listening to something on your own, there’s something in the air and that’s everything to me.

L+T: Do you have a favorite song from the LP? Or one that resonates the most with you? If so, what is it? Why?
MDS: It changes a lot, but “Animal” is currently. I think because it’s the start of the next phase, the last song of the album and the “…” to the next. It’s also about something entirely different, and it feels lighter to me, I’m relaxed when I hear it and it gives me rare memories. The other songs are a bit like tombs sometimes that I force myself to sleep in, maybe that’s too heavy handed but I always cross that line.