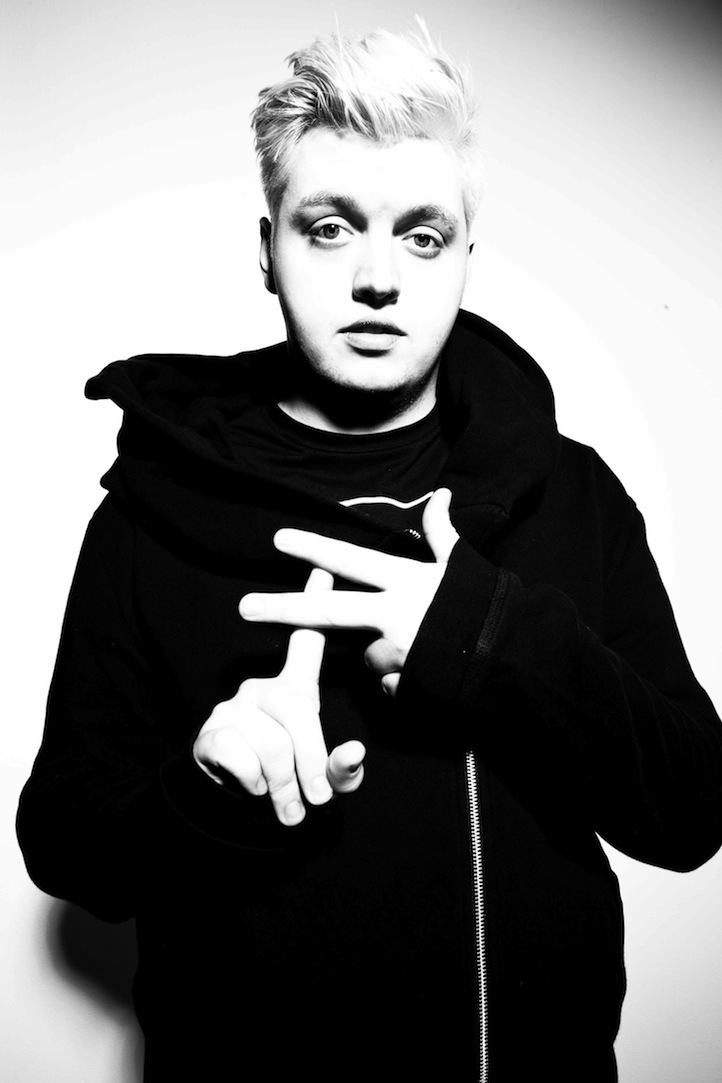 Despite dubstep’s sudden shift from underground to mainstream within the last couple of years in America, it is a genre that did not come about overnight. Dubstep made its mark on the music scene over ten years ago and has its roots in London, England. Though many may not associate a dubstep producer or DJ with any instrument outside of a synthesizer, sequencer, drum machine, there are those in the electronic dance music industry that have a broad musical background that goes beyond electronic synths and wobble bass. Joshua Steele, better known as UK based dubstep DJ/producer Flux Pavilion, has a wide arrange of talents outside of producing and mixing EDM tracks. “I think the term “DJ” is just easy for people to use, but it’s not necessarily a term that embodies what I do,” Steele interjects. In addition to deejaying and producing, Steele is also quite the vocalist, as demonstrated on 2010’s self-produced track, “Voscillate.” While tracks like “Bass Cannon,” “I Can’t Stop” and his recent collaboration with Major Lazer for “Jah No Partial” highlights Steele’s keen production skills, he also possesses the ability to play the guitar and keyboard. Last week, Zane Lowe of BBC 1 Radio made his new track, “Blow the Roof,” the “Hottest Record in the World.” This quadruple threat is slated to release Blow The Roof EP on January 28, 2013. Here, Steele gives Life + Times his perspective of EDM’s present state and future.

Life + Times: You cite Rusko, The Prodigy and Basement Jaxx as your influences in making music of your own. The last two artists are definitely pioneers of the electronic music scene as they got their start in the big beat times in the mid ‘90s. How did these artists shape your view of electronic music considering you started out playing different instruments as a child?
Flux Pavilion: Dance music for me always seemed like an exclusive world – smart shirts, super clubs, Ibiza…It never felt like me. I suppose I didn’t connect with it. Prodigy for me, The Fat of the Land, was my first experience of electronic music that really spoke to me. It kind of took my blinders off and I then saw acts like Squarepusher and Luke Vibert really using electronic music and taking it somewhere else. It was a world that I felt I belonged in that I had previously never seen.

L+T: You are from Towcester, UK which is about an hour away from the birthplace of dubstep, London. Since you were relatively close to London, was your introduction to dubstep through a club or did you find out through one of the underground pirate radio stations? Perhaps neither…where did you discover dubstep?
FP: It was at university. I had moved away from home on my own and did not know anyone. I went to a party from off the street and walked into the kitchen and heard Rusko for the first time. As a group of new friends we went down to Fabric and saw Caspa and Rusko play. I felt so accepted there; it felt like home to me to be in that environment. The music I heard that night took me somewhere else and I started writing dubstep the next day.

L+T: Overall, what component do you think has contributed to the longevity of EDM in Europe?
FP: I think the sense of freedom the Internet has given the artists has given a level of confidence to stick to our guns and our gut. I think integrity has played a very important part in EDM these past few years and created some of the most fantastic music I have ever heard.

L+T: Touring in Europe, a country that’s had exposure to electronic music for years versus the newfound popularity of America’s EDM scene, what would you say is the biggest challenge for playing sets in the States as opposed to Europe?
FP: Playing a show should never be a challenge. My shows for me are just about the energy and losing yourself in the music. I do not try to please a crowd. I just want them to join me in the music. I’m not out to impress anyone, just trying to be myself.

L+T: Recently, I had a conversation with another European DJ who expressed that when America catches on to something, such as EDM, the advertisers of various brands want to market it and have it everywhere from TV commercials to magazine ads. Do you agree? Do you think that America’s commercial interest in EDM will hinder the genre’s permanence?
FP: Here is how I look at it:  If brands use existing tracks, then what is the problem? These tracks are still great in their own right and are not tailored for the product. If brands try to imitate, then the chances are it will not be very good and will not be smothering the decent tracks. As long as me and my fellow artists do not start writing tracks specifically for brands and watering ourselves down, I think the two worlds can coexist.

L+T: Do you think a DJ is a musician?
FP: A DJ is a DJ, a composer is a composer and a songwriter is a songwriter. I personally use deejaying as a tool for performance, but that’s all it is for me. Do not get me wrong, I love it, but the role of a DJ is something very specific. It’s a label used often to describe dance music producers but in reality we cover so many roles it would be quite pretentious to demand to be labeled by everyone. When I’m deejaying I’m a DJ, when I’m playing guitar I’m a musician, when I’m writing music I’m a composer.