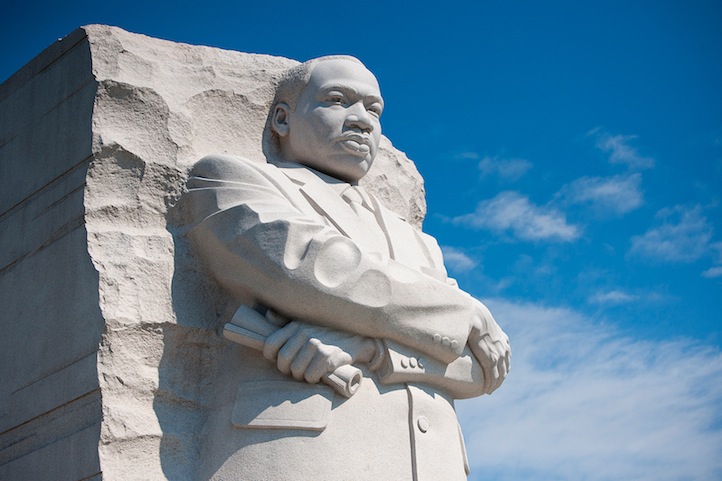 ROMA Design Group, the globally acclaimed San Francisco-based design firm, was tapped to design the Reverend Dr. Martin Luther King Jr. National Memorial in Washington DC, after wining a competition over 11 years ago, beating out over 1,000 competition design teams. Under the creative design direction of Boris Dramov, FAIA and alongside Landscape Principal Bonnie Fisher, FASLA, the MLK Memorial occupies a four-acre site on the Tidal Basin – on axis with both the Lincoln and Jefferson Memorials. Here, Life+Times catches up with one half of the talented design duo, the eloquent Bonnie Fisher about their original approach to the monument, how they ensured they stayed true to their original concept, and what unique elements they were able to carry forth throughout the final execution. 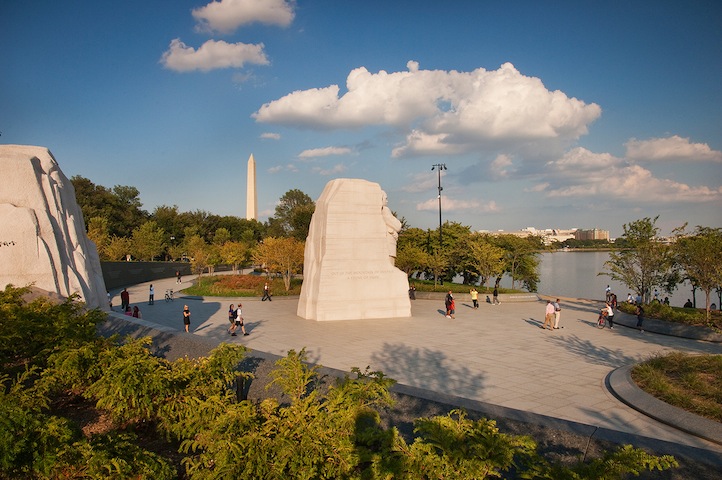 “There are three aspects that are key to the design concept of the memorial. The first involved the shaping of the earth and creation of an embracing form that would engage the Tidal Basin and the cherry trees. We believed that this aspect of the design would reflect Dr. King’s pursuit of inclusivity and equality for everyone. Second, we wanted to heighten the awareness of visitors to the axial relationship between the Lincoln, Jefferson and King Memorials, as well as Dr. King’s important role in broadening the meaning of democracy in America. We did this by locating and shaping the main elements – the Mountain of Despair and Stone of Hope – to reflect this axial relationship and to punctuate its meaning. Third, we sought to create an environment that would recall Dr. King’s magnificent oratory in its cadence and crescendo effect and thus emotionally involve everyone in his message.” 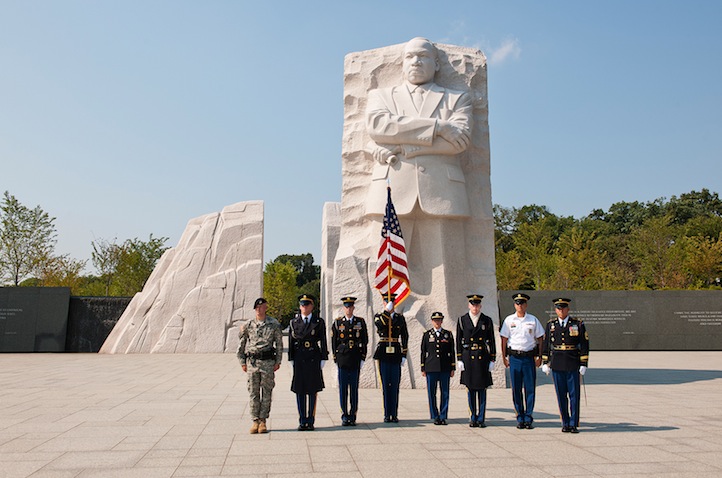 “We wanted the experience of the memorial to be one of discovery and thus become more personally engaging to the visitor – building commitment to the pursuit of civil rights and social equity in America. Entering the memorial, the visitor would take in the Mountain of Despair, note the central missing piece, walk through the tight portal space and in doing so, glimpse at the Jefferson Memorial. Then, the visitor would see the Stone of Hope, wrested from the Mountain of Despair beyond towards the Tidal Basin. Upon approaching the Stone of Hope, Dr. King’s image integrally carved into that stone would emerge as if awaiting delivery of the promise of democracy.” 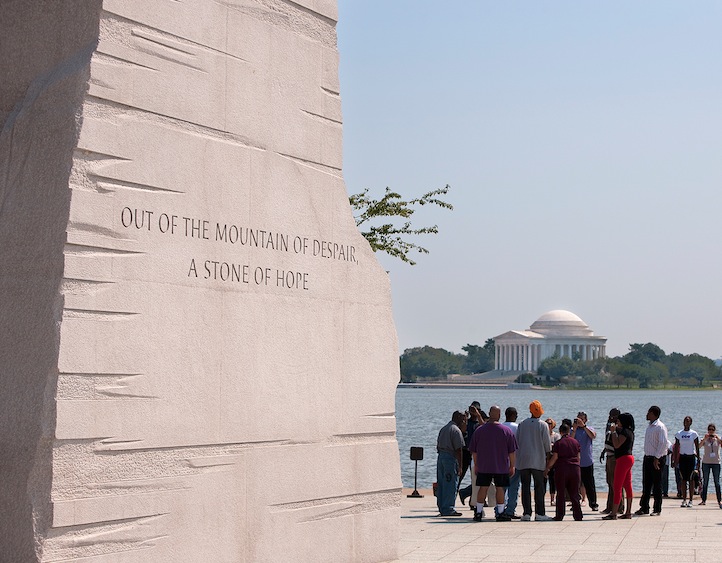 “These basic elements were carried through from the beginning to the end of the design. Although we developed the design further following the competition, there were certain elements of the design that were not within our control or under our guidance. Ultimately, the Martin Luther King Memorial Foundation exerted exclusive authority over the selection of the sculptor and the quotations and there were differences from our original design in the way in which these elements were ultimately realized. On the other hand, we feel that the ultimate execution of our design by the Design Build Contractor realized our original intentions. Overall, the integrity of the design has remained intact and we believe that the strength of the design concept still provides a powerful and, hopefully, meaningful experience to those who visit the memorial.” – Bonnie Fisher, Principal of ROMA Design Group FASLA 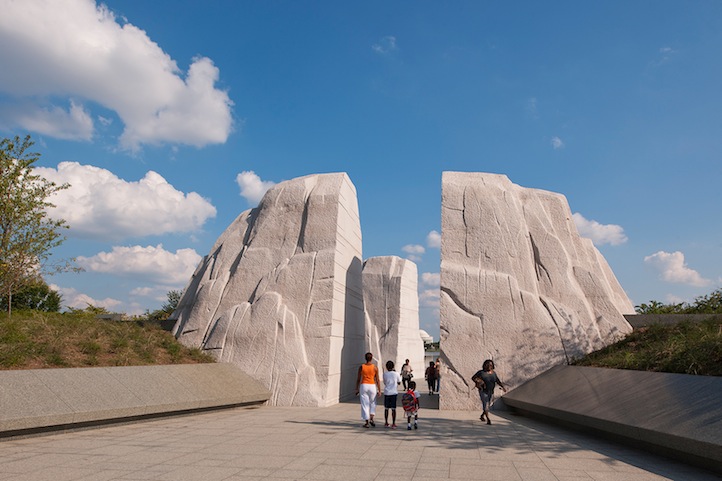