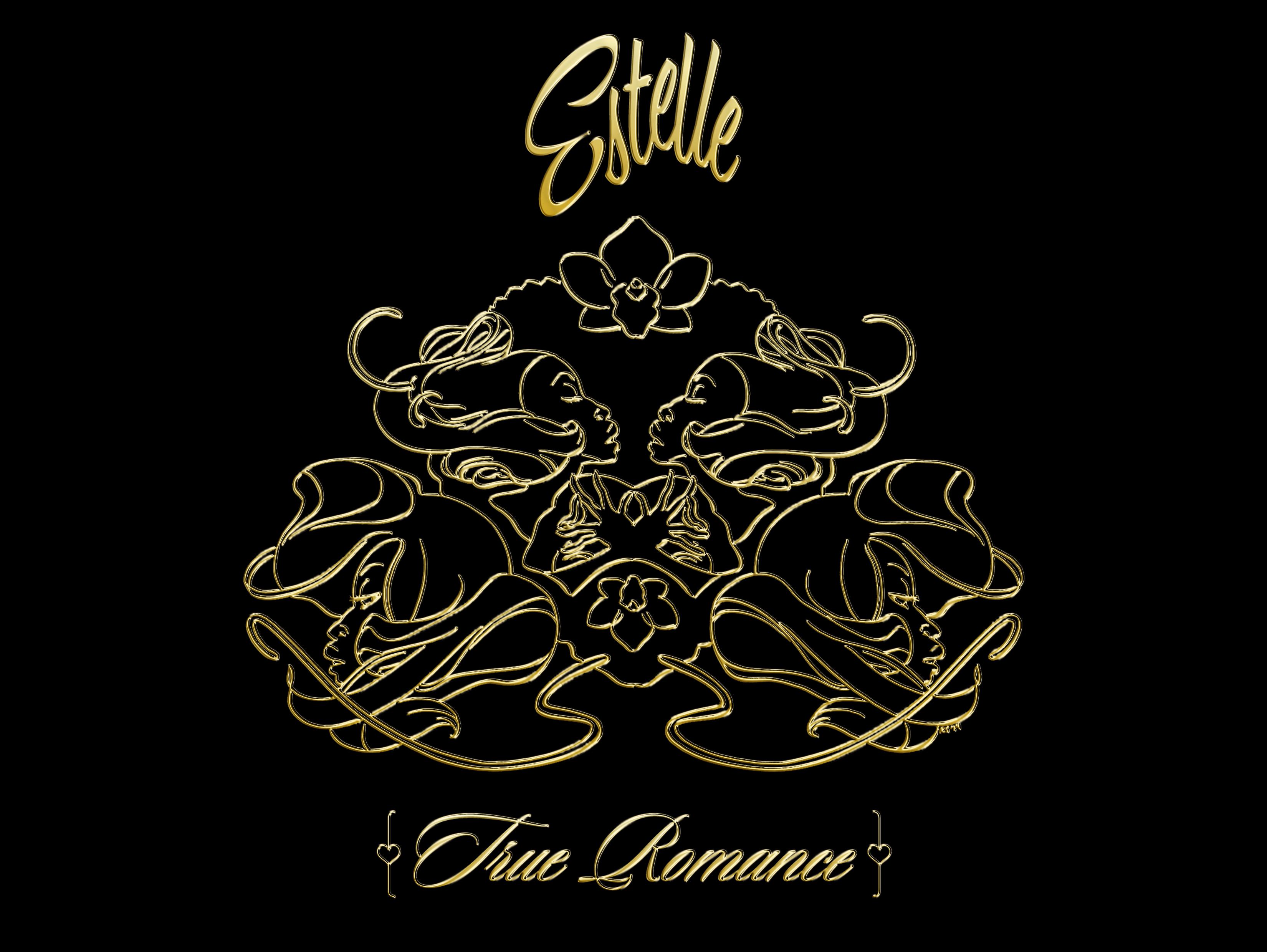 One thing that stands out and is consistent about Estelle’s music is its diversity. Since here upbringing in London, she’s never been one for categories and she doesn’t plan to start now. Her newest album, True Romance, is filled with R&B, soul, reggae, hip-hop and more. No matter where you’re from or what you prefer, there are transcendent common denominators. “People like good music, they like a hook, they like to be happy and relate to it in some way,” she says. “That’s as simple as it is: music that people relate to that sounds good.”

True Romance is her fourth album and first since 2012. Heavily inspired by her own four-year relationship, she bears vulnerability and anchors the album around four themes: courage, passion, the bullshit and true romance. Life+Times talked with Estelle about creating True Romance and where her musical diversity comes from. 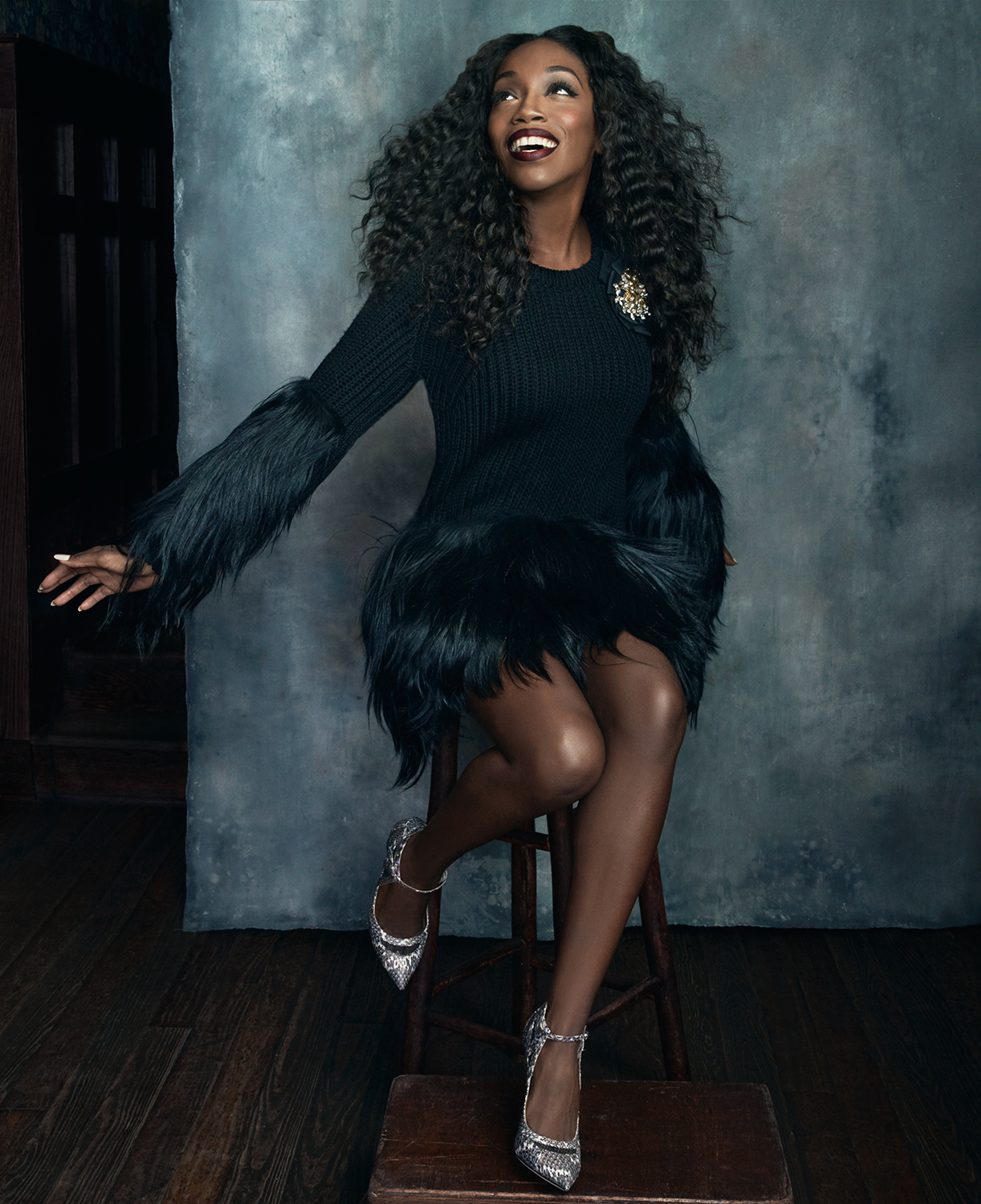 Life+Times: The album is built around four themes: passion, courage, true romance and the bullshit. Talk about the concept of the album and each of these different themes.
Estelle: The idea of this album came to me as I was recording it. I was writing these records that were about being happy with being myself and being who I was in the period I was in, and being cool with it. This wasn’t the typical post-breakup album where I just write records that are like, “Oh, I’m so happy with the world, F him, blah, blah, blah,” or “I’m in love now, I got married,” and you haven’t done that yet. I’m not running down that road again. I just want to live and be cool with myself a little bit, and figure out what I did wrong and how I did it and not do it again. That’s where I started writing and the energy that I came with. So, as we did it, we started to think, “Ok, how do we group this and make sense of a record that has hip-hop, dance, EDM, soul, reggae vibes to it.” How do you make sense of a record like that? You give it themes and you explain it to people along those themes, and the themes that made sense were courage, passion, the BS, true romance. If you work through those things or use those things every single day, you might find yourself in a situation that is true romance according to how you want it to be. That’s what you hear.

L+T: Was writing these records a therapeutic process for you? Or were you over it already?
Estelle: It wasn’t therapeutic at all, I’d been singing “Thank You” for close to two years at that point when I started recording it. So, I was over it. I was completely like, “Oh, I’m not even sad anymore and when I sing ‘Thank You’ I’m the saddest person in the world.” It’s a really sad song. So, I’d have to really re-focus every time I went to sing that record. It was the weirdest thing. I have to get in a space and I hate getting in that space to sing that record every time because any other space doesn’t work when you perform that record. You have to be sad. You have to remember the fuckery. I don’t like remembering the fuckery because I’m over it. I’m just keeping it up, it keeps re-jigging the moment and the feeling and you never get past it, you never grow. So, I was like, “Ok, I’m gonna write these happy records to say ‘just remember that you’re good.’ This isn’t therapy, it’s just a reminder that you’re good.” That’s what it was more than anything else. So, it’s not therapy; therapy was singing “Thank You” everyday and crying when I needed to or whatever.

L+T: This is your fourth album. How does this album, the process of recording it and who you are as an artist compare to your previous work?
Estelle: The process wasn’t much different. We started recording while I was out on the road because I like to stay busy and like I said, I needed my reminders. So, the physical process of it wasn’t much different. I started then and I finished it up when I got off the road. But the mental process was very different. It was very, “This is how I feel right now.” It was not [previously] thought about. It wasn’t like, “Ok, I had this idea months ago and I’m going to write it now because I’ve had a chance to outline it.” I had to say, “Wait a second, you’ve just gotta put this on paper.” Like I said, I think that’s from starting in a place where I needed to be reminded of being happy instead of allowing myself to wallow. That was fun, it was a different approach for me. I’ve written songs off the top before but I’ve never written anything that was like, “This is me right this second, I’m extremely sad so I’m gonna write a sad song, or I’m really happy right now, or I feel really sexy right now, or I’m horny I haven’t had sex in a week.” Things like that are exactly the things that went into all the records.

L+T: “Something Good” is a real dance, house type of record. How was the process of putting that together?
Estelle: I went with my feelings and instincts in the moment. The producer had the beat and I was like, “This makes me so happy and makes me feel like when I was 19 out in these London streets on a Saturday afternoon at Portobello Market listening to house music as you’re shopping or whatever.” It felt like that. Summertime in London. I heard the beat and thought about a time when I was so self-assured and clear of who I was and what was going to happen. That’s what that record [is about] and that vibe, just being clear, sure and happy with your shit, so that’s what we wrote.

L+T: You mentioned earlier that there are several different styles: hip-hop, R&B, dance, reggae, etc. That diversity is something that you always seem to have. What has made you so comfortable pulling from all of these different places? How has your upbringing in London played a part?
Estelle: Well, that’s what we do and how we grow up. If you look at any British artist, we’re pretty much comfortable singing any genre. From Marsha Ambrosius to Sade, it just works, it is what it is. At home – I’m African – so I’m hearing reggae, African music; I go to school and I’m hearing Bon Jovi, rock and pop music, George Michael, that kind of stuff; then you go to your weird white friend’s house and they’re playing The Smiths; then you go home again and my mom’s gotta take us to church so you hear gospel. It was whatever felt good, it wasn’t about, “We gotta listen to that because we’re Black,” or, “We gotta listen to that because that’s where we’re from.” It’s about, “Hey, is that good? Can you sing that hook?” That was always the catch for me. If the hook was there or if the melody was easy to catch, then that’s what we did. And it was as simple as that, that’s how we were brought up. Coming over here [to America], people are like, “What do you do?” That’s been the most asinine question I’ve been asked for the past five years: “What kind of music do you do?” I’m like, “Just music. Good music.” I don’t know the genre.

L+T: Have you noticed a difference in how you’re received in America as opposed to the UK?
Estelle: Not at all. The only thing that stands out is how you categorize yourself, and I’m like, I don’t. I’ve never been forced to at home, so I don’t know why I should have to do it anywhere, you know? That’s the only thing that I find different. The reception is the same. People like good music, they like hook, they like to be happy and relate to it in some way. That’s as simple as it is: music that people relate to that sounds good.

L+T: And this is the first album put out as part of your Established 1980 imprint, correct?
Estelle: Yeah, is it’s my label, my baby, my thing. I always tell people, “Remember when JAY Z started Roc-A-Fella? It’s like that.” It’s my entity, it’s my thing. I started off as an independent in the UK and then I signed to two different labels. In 10 years, 15 years in this industry, watching the way that it’s going now, ownership is key. From JAY with Roc Nation or whatever the variation of ownership, you always want to own your stuff and your music and your product and not allow anyone else to mess it up. So yeah, this is it. I think I’m the only British girl that has it, so I feel like I’m a trailblazer in that aspect.

True Romance is out Feb. 17th.