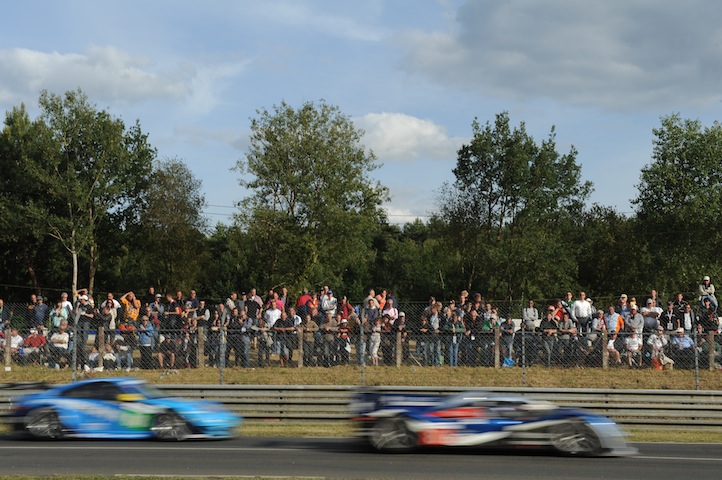 From the vantage point of a helicopter hovering 2000 feet above, the track at the 24 Hours of Le Mans sprawls out across the French countryside. Lush plane trees line the Mulsanne Straight, a public road transformed by race cars whizzing past at dizzying speeds of 200 mph on one of the more infamous stretches of the iconic raceway.

Cows graze in a nearby field, but a soccer arena is empty. Two-dozen private jets are parked at the nearby airfield, presumably belonging to spectators who’ve come to soak up the ambiance of the annual motorsports tradition in its 79th year. In the distance is the charming town of Le Mans, where the driver’s parade is held on the eve of the race in a procession of vintage Ferraris, Aston Martins and Jaguars. 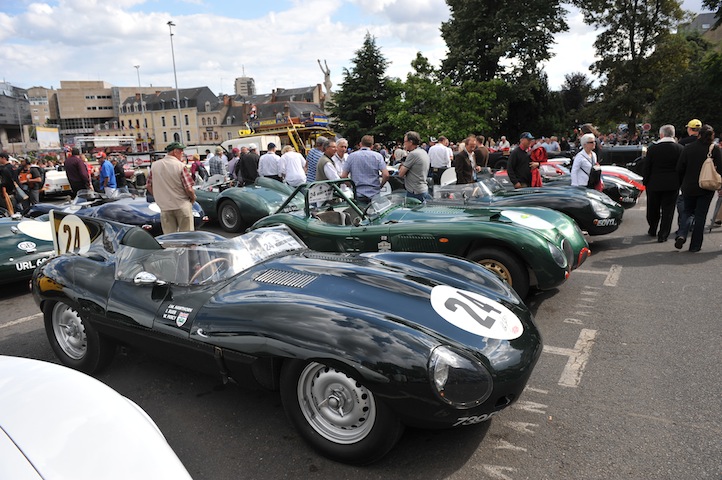 On race day, the pageantry unfolds with a ceremony, a vintage race and a Ferrari challenge leading up to the 3 p.m. start. This year, about 250,000 fans clamor for a spot trackside to witness the spectacle. For the rolling start, prime views of the race are found in dozens of VIP suites, like Aston Martin’s chic temporary two-story building, where fine French cuisine is served until the wee hours. European flags of every variety are spotted amongst the tents and in the grandstands. A jazz band plays for a throng of fans outside the main gate and electronic music blasts in a tent, amidst the whir of revving engines. 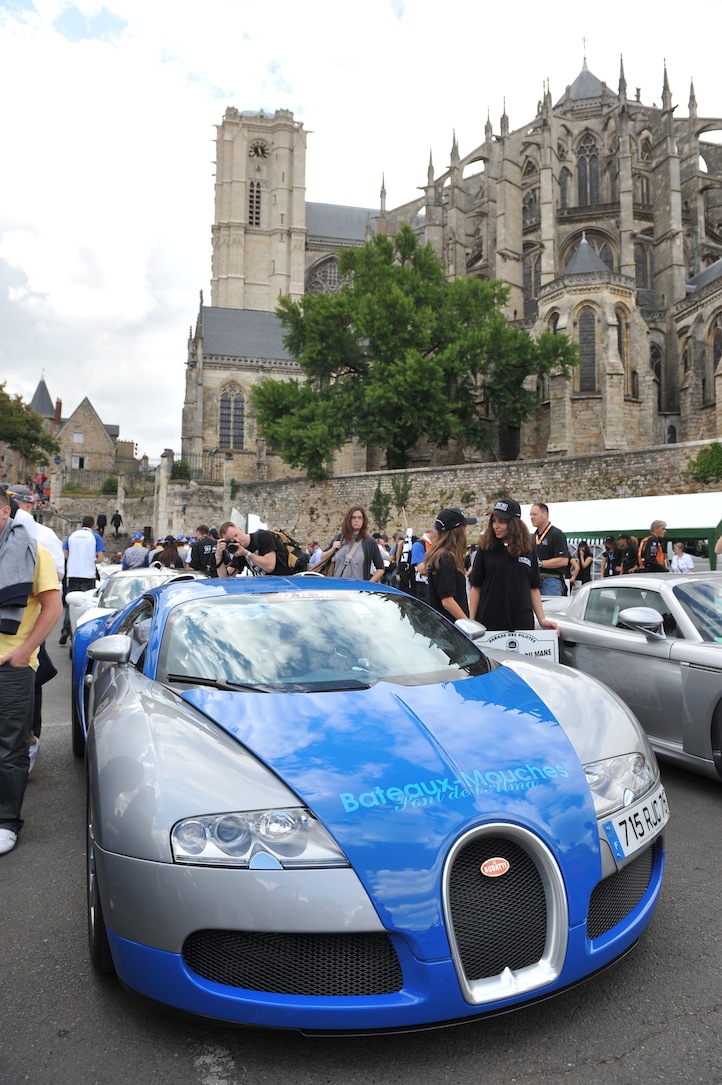 The 24-hour race is held on the longest day of the year to ensure optimum sunlight, says Michelin Motorsports Manager Silvia Mammone. Yet, much of the action takes place after dark as menacing racecars whip around in the dead of night. Over the course of the grueling race, three drivers alternate per car, completing hundreds of laps on the track that wraps 8.4 miles around the town. In between stints, they catnap in their paddocks. Frenzied pit stops for refueling, repairs and tire changes, can make or break a team’s performance, and the stress increases as fatigue sets in. When a steady drizzle begins in the final hours of the race, the teams scramble to the pits to change from slicks to grooved rain tires hoping to survive the harrowing race. 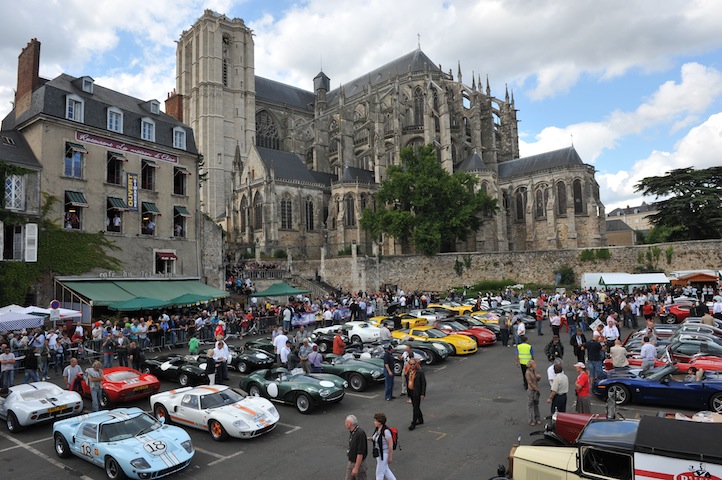 Le Mans fields a complex assortment of race cars —prototypes are the fastest, with Audi and Peugeot teams pegged as top contenders in this field. Chevrolet, Porsche and BMW battled for the Gran Turismo title, a coveted class for racecars based on advanced production models. 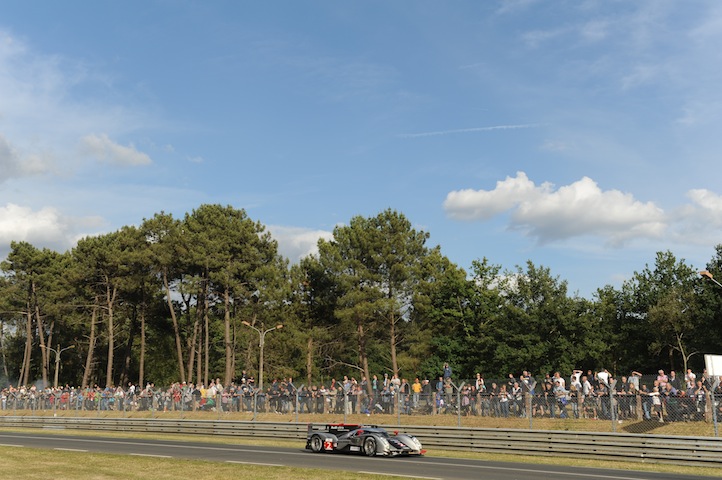 The race is the ultimate test of endurance. “Le Mans isn’t won. Le Mans is lost,” Audi engineer Joachim Hausner says, minutes before the race. His words echo as Audi’s top driver crashes dramatically in the first hour, and again when a second Audi team car is smashed to oblivion after 11 p.m. Amazingly, both drivers walk away from the car with minor scrapes, but the crowd is solemn. But the pace resumes. The last remaining Audi emerges victorious in the prototype class, with the Audi R18 TD nudging out the forlorn local Peugeot team by a mere 13 seconds. A Corvette team takes top honors in the GTE class. Finishing Le Mans is a feat. Only 27 out 56 cars cross the finish line.

Le Mans is where the concept of pouring champagne on the podium was first introduced to motorsports in 1960s, and for the winners, the champagne flows abundantly. The 24 Hours of Le Mans is more than another day at the races; it’s the stuff of automotive legends.