2014 was a very busy year for DeJ Loaf. Following the success of her breakthrough hit, “Try Me”, the rapper seemed to be everywhere. Not only could she be heard all over radio stations, but she could also be found in a fashion spread for a magazine like Elle and on a posse-cut like “Detroit Vs. Everybody” alongside Eminem. She also secured a record deal with Columbia Records – the label that is home to superstars like Beyoncé, Pharrell Williams, and T.I. and dropped her second mixtape, Sell Sole, which featured Ty Dolla $ign, Young Thug, Birdman and Remy Ma.

Appreciative of the success that has followed her inescapably catchy viral hit – which has spawned a bunch of remixes from New York legends like The Lox to the King of the South, T.I. – DeJ isn’t taking any of it for granted. “What would I be doing if I wasn’t doing music? Probably dying,” she admits, when asked what if her lifelong dream hadn’t been realized. “Music is all I know,” she adds.

During a recent stop in New York, the Detroit native caught up with Life + Times to talk about headlining her first NYC show, getting Birdman and Remy Ma on her latest mixtape, and Detroit’s influence on her music.

Life + Times: Young Thug and Birdman are featured on your latest single, “Blood.” How did that collaboration come together?
DeJ Loaf: Young Thug reached out saying he likes my music. He wanted to put some stuff together. I figured “Blood” would be a dope record to get him on. He kind of surprised me, because he actually got Birdman on there. He had sent me a video of him doing his verse and I saw Birdman in the background. I was about to throw my phone, because I was so excited. I was at the Revolt Music Conference. It was just so much going on that day. I had met Diddy that day and then Birdman hopped on my record. It was too much.

L+T: Why did you name your latest mixtape, Sell Sole?
DJ: It’s like a dope name to me. My first mixtape was called Just Do It. That was during a time when I was in my sneakerhead stage. I would stack sneakers up a lot when I was in college. All I wore was Jordans and stuff. Sell Sole is like a sequel to Just Do It. I’m spelling it “sole” instead of “soul.” It just means I’m doing everything from the bottom. Sole is the bottom. I’m giving y’all my soul, my heart and my life with this shit. Usually when you’re talking about selling your soul you’re talking about giving your life. I’m giving y’all my all with this music. 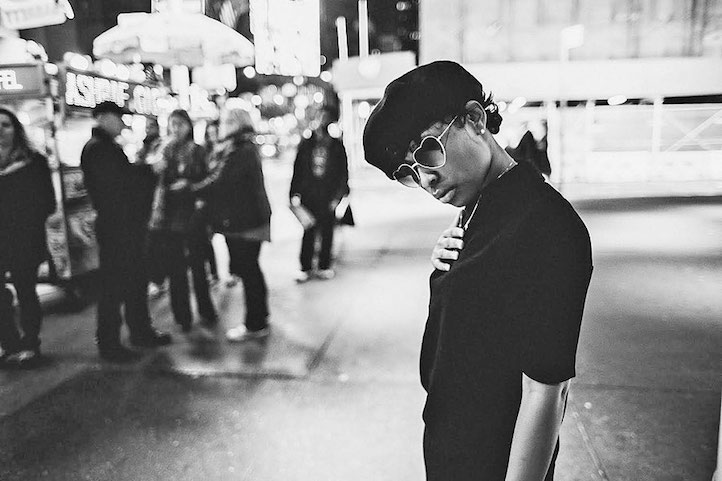 L+T: On “I Got It,” you rap, “This music shit comes so easy.” What’s one aspect of the rap game that hasn’t been so easy?
DL: I’m loving everything right now. I can’t complain. This is the life I chose to live. I don’t really hate anything right now. Ask me in a month or so though.

L+T: Also in “I Got It”, you mention not wanting to promote violence, but you do have your fair share of raps about violence, like in “Try Me.” Why is that?
DL: It’s a diary. I’m just telling the truth. These things can really happen. It is what it is. It’s not about promoting violence. It’s more about protecting yourself and being aware. That’s what “Try Me” is about. These things really go on. Why hide it? You know what I’m saying?

L+T: Were the songs on Sell Sole recorded before or after “Try Me” blew up?
DL: Some of those songs are old and some are new. I dropped my first tape in 2012 and I’ve been working ever since then. I just haven’t been in the position to put out the music like I wanted to. Now that I’m in the position to put it out I did. We just made it happen. It was perfect timing to put it out.

L+T: Where were you when you first heard “Try Me” on the radio?
DL: Where was I? I was probably back home. I just remember everybody calling me like, “Dej, your song is on the radio!”

L+T: “Try Me” has been remixed by a bunch of people, but you chose to get Ty Dolla $ign and Remy for the official remix. Why is that?
DL: I was in New York doing an interview and I was asked who’d I like to hear on the remix. I said Remy Ma. Remy just got out of jail, so I thought that would be so dope. She’s been one of my favorites. I’ve always been a fan. We ran into her manager soon after that. He said he’d talk to her about it. By the time he talked to her about it she had already did a verse to it. It was just crazy. With Ty Dolla $ign, my team reached out to him about doing a remix when “Try Me” first started to blow up. He did the first actual remix. He did it before everybody. We just held on to it for a while. He killed it too.

L+T: What are you most excited about now that you’ve signed to Columbia Records?
DL: Just putting out some good music. I got some good label mates. There’s T.I., there’s Beyoncé – it’s crazy. I’m going to put out good music. That’s what’s it’s about.

L+T: Back in October, you headlined your first show in New York City. What was that experience like?
DL: The show was dope. New York showed loved. I brought out The Lox and Remy Ma. The crowd was real welcoming. I rock with New York for rocking with me.