London’s Victoria & Albert Museum (V&A) has been given unprecedented access to the David Bowie Archive to curate the first international retrospective of the extraordinary career of Mr. Bowie. The exhibition, explores the creative processes of Bowie as a musical innovator and cultural icon, tracing his shifting style and sustained reinvention across five decades. The V&A’s Theatre and Performance curators, Victoria Broackes and Geoffrey Marsh, have selected more than 300 objects that have been brought together for the very first time. They include handwritten lyrics, original costumes, fashion, photography, film, music videos, set designs, Bowie’s own instruments and album artwork – showcasing how his radical individualism has been influential in wider movements across the globe.

The exhibition will offer insight into Bowie’s early years and his first steps towards musical success. Tracing the creative aspirations of the young David Robert Jones (born in 1947 in Brixton, London), it will show how he was inspired by innovations in art, theatre, music, technology and youth culture in Britain in the aftermath of World War II. Pursuing a professional career in music and acting, he officially adopted the stage name “David Bowie” in 1965 and went through a series of self-styled changes from Mod to mime artist and folk singer to R&B musician in anticipation of the shifting nature of his later career. The final section will celebrate David Bowie as a pioneering performer both on stage and in film, concentrating on key performances throughout his career. An immersive audio-visual space will present dramatic projections of some of Bowie’s most ambitious music videos including “DJ” (1979) and “The Hearts Filthy Lesson” (1995), as well as recently uncovered footage of Bowie performing “Jean Genie” on Top of the Pops in 1973 and D.A. Pennebaker’s film Ziggy Stardust and the Spiders from Mars: The Motion Picture (1973). A separate screening room will show excerpts and props from Bowie’s feature films such as Labyrinth (1986) and Basquiat (1996). Here, we take a look inside. 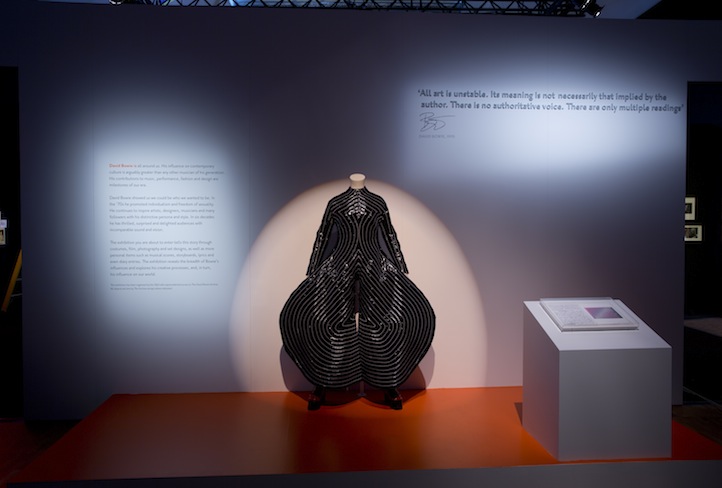 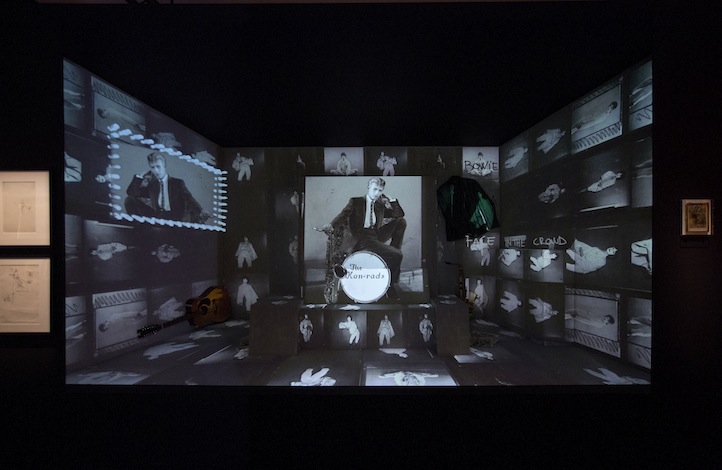 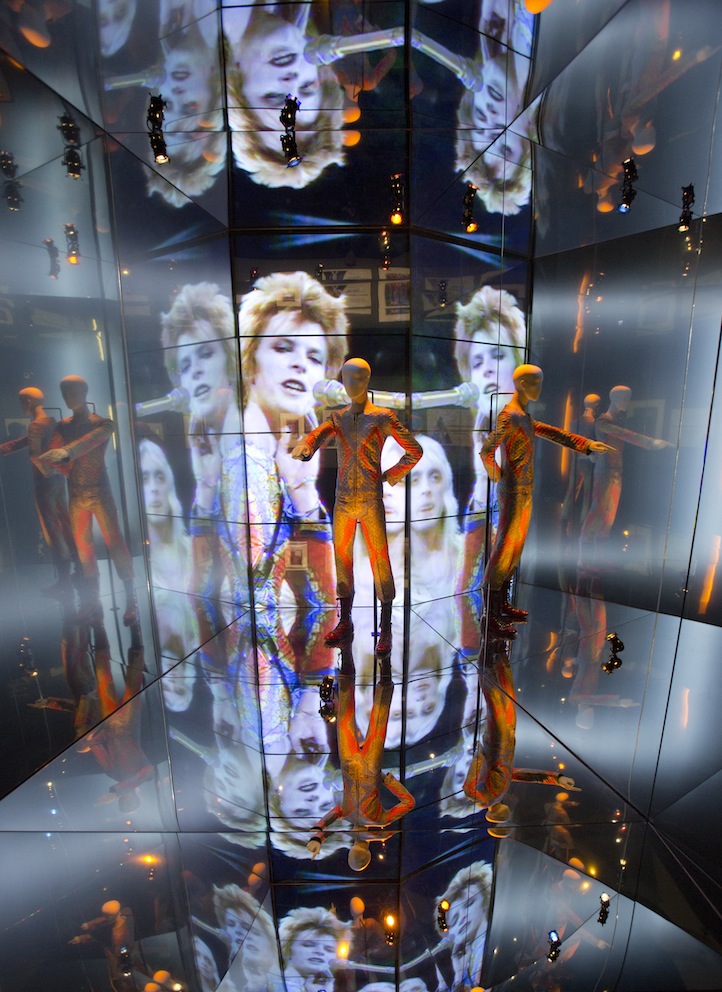 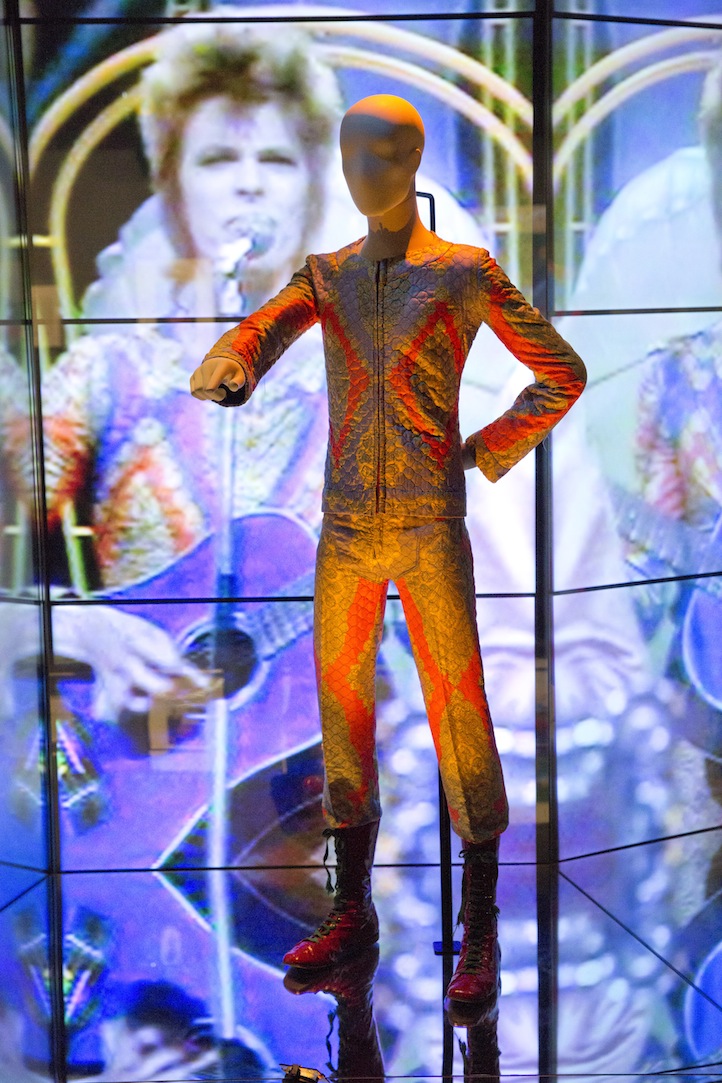 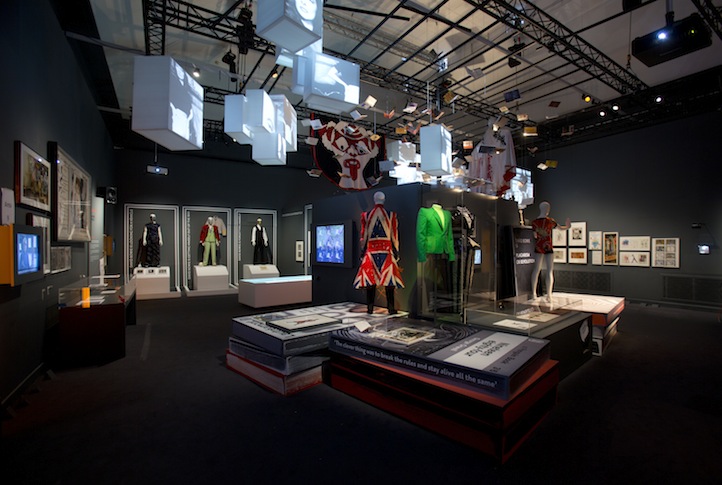 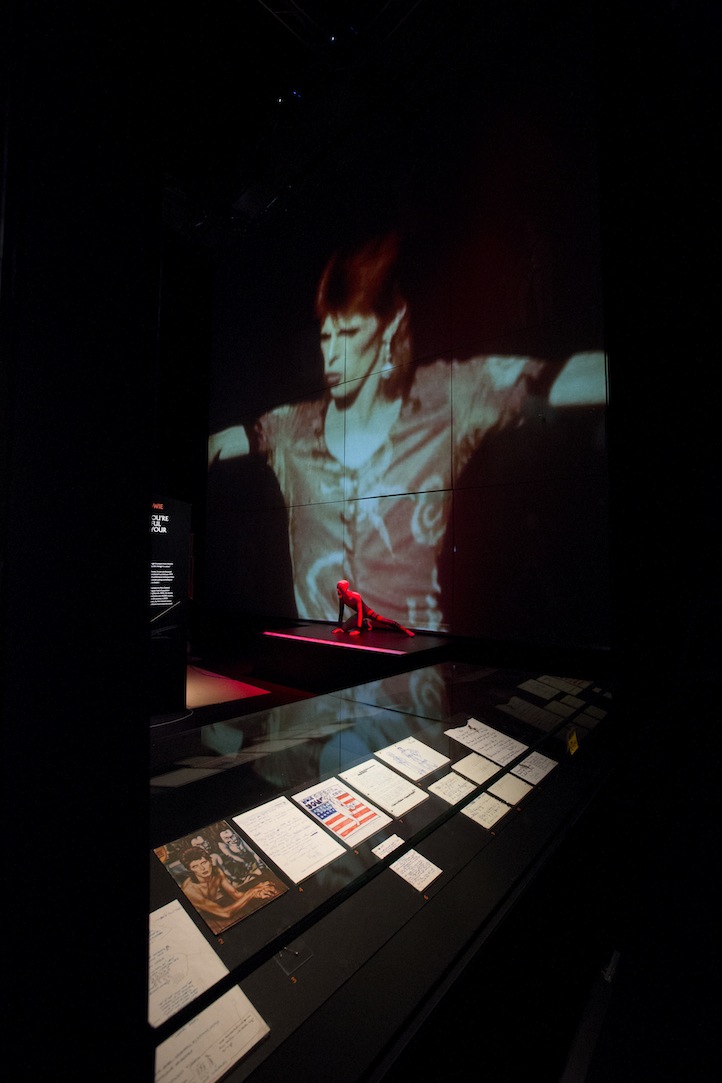 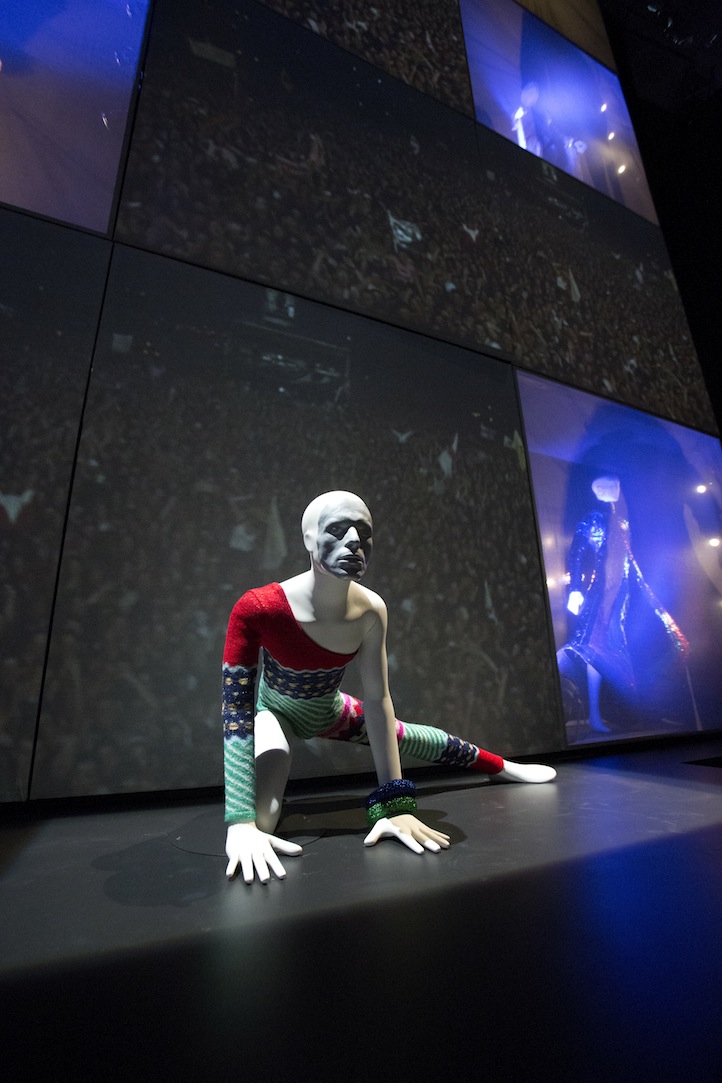 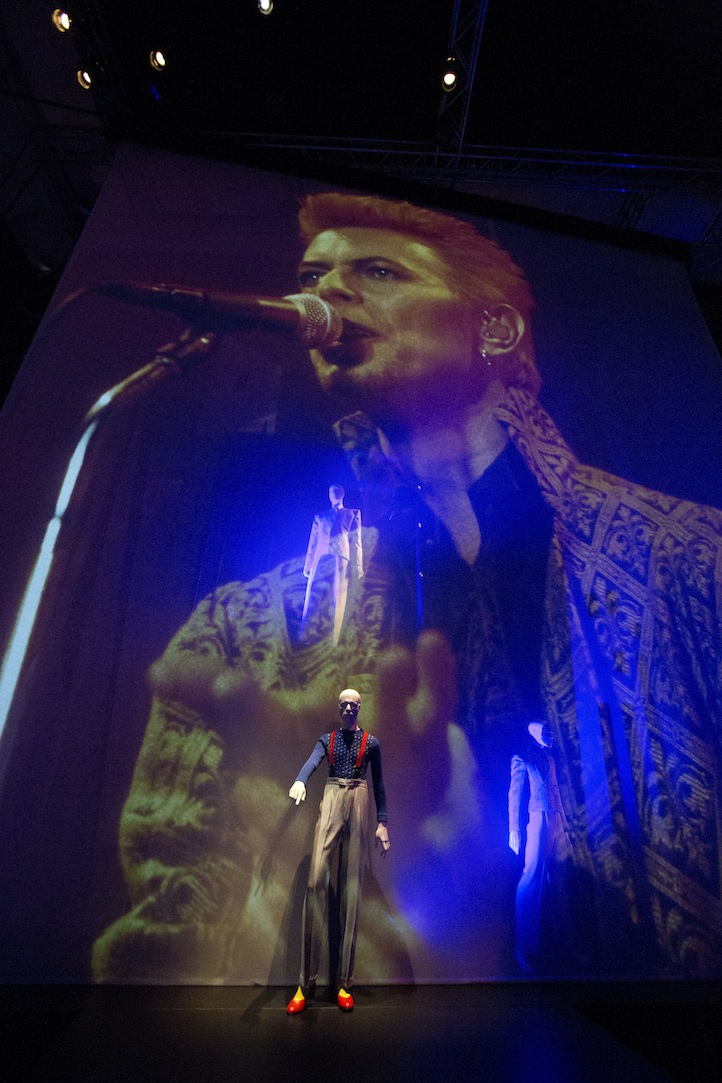 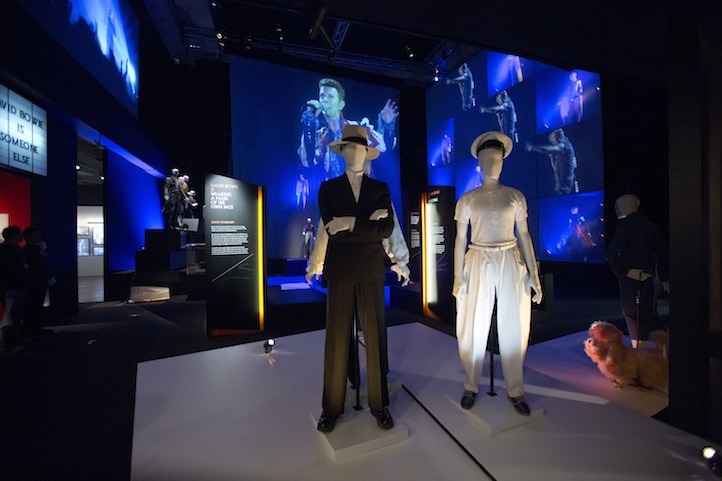