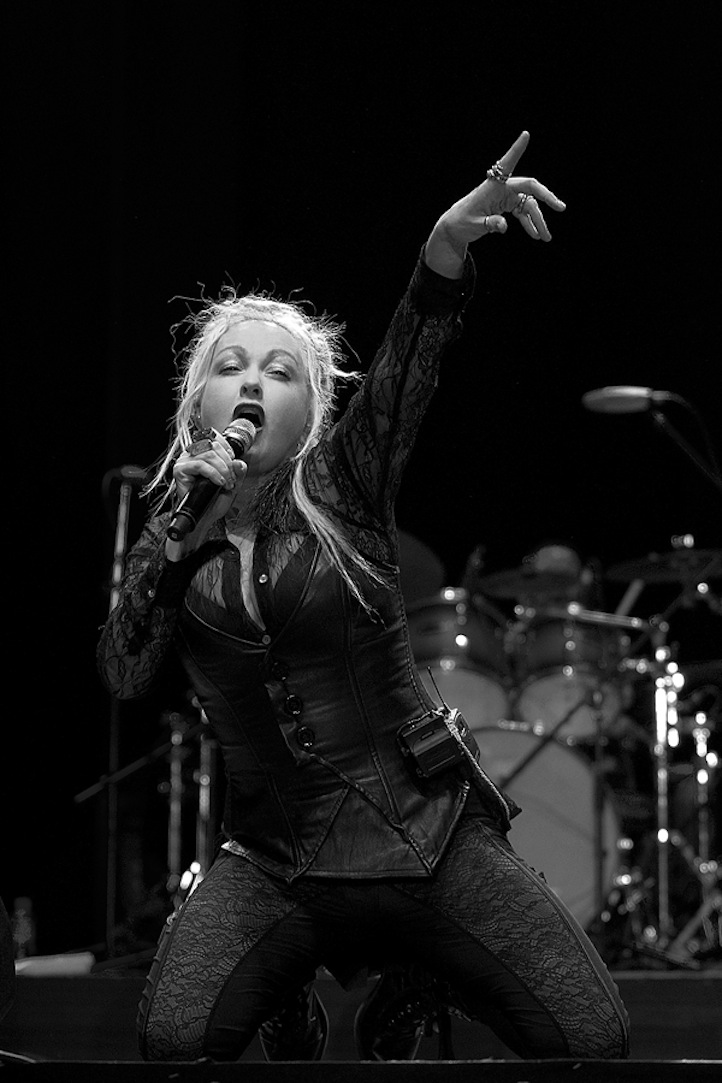 Cyndi Lauper burst onto the world stage as the quintessential girl who wants to have fun. After more than 25 sterling years and global record sales in excess of 30 million, she has proven that she has the heart and soul to keep her legion of fans compelled by her every creative move. Fresh off releasing her memoir and a show coming out in January, Life+Times sat down with Ms. Lauper and found out why being a modern Renaissance woman really is her most difficult task to date.

Life+Times: You arrived on the scene in the 1980’s at a time when it seemed most appreciated. You had an attention-grabbing voice with a playful attitude that people were drawn to. Had you made your debut in the 1990’s, do you think you would have penetrated the market like you did?
Cyndi Lauper: The ’80s was a great time for music as there were so many artists that broke in that decade that had unique visions and sounds. And it seems to me fans were really adventurous too in that time as well. I’m not sure if I could have broken out of any other era.

L+T: You won a Grammy award for Best New Artist. Tough as it may be, do you remember what it felt like walking up to the stage to take your award? What was that feeling like?
CL: It was a bit of a shock. The Grammys that year was a culmination of a crazy few years. I think a lot of artists that get nominated for Best New Artist think, “Wait a minute…I’m not that new.” I had been in bands starting when I was around 17 and had been signed to Polygram with Blue Angel, but of course it was an honor and it was very nice to be recognized. When “She’s So Unusual” came out, my life dramatically changed.

L+T: Today, you’re heralded as one of the best selling artists of all time – a club that takes hard work, a little bit of luck, and some serious talent to join. How does this make you feel? What factors to you attribute to your success?
CL: I think passion for what you do, and exactly what you said – a lot of hard work and luck. You need both of those! I know that sounds like a cliché but its true. I feel very fortunate to be in that club and that I am still able to create music people want to hear and shows people want to see. 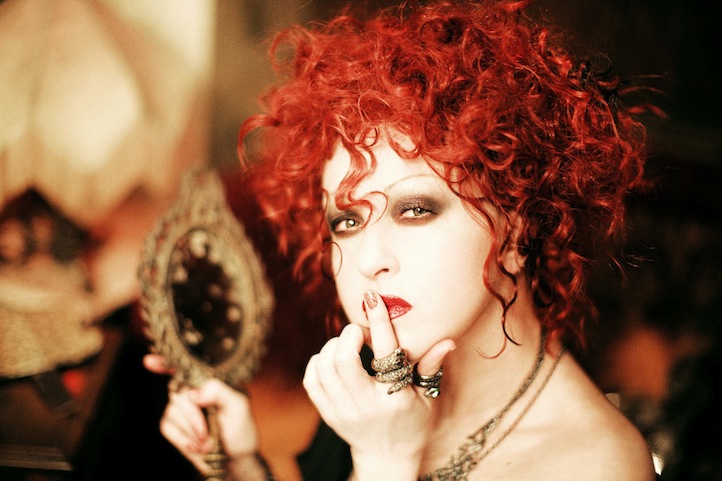 L+T: Do you have a hard time being called a “Renaissance Woman?” What do you make of this term? What does it mean to you?
CL: I’ve been so lucky to be embraced for what I feel is my “real” job – songwriter, producer and singer. Thirty years into my career and I have been hired to write songs for a Broadway show that is opening in the Spring called Kinky Boots. My last album was a blues CD and it was nominated for a Grammy and I was able to take it on the road successfully, and I am really grateful that I’ve had a long and satisfying career in music. I’ve been very fortunate to be offered creative work beyond music. I’ve been able to act in films and on TV and I’ve just published my memoir, but music will always be my first love. When I think of a modern “Renaissance woman,” I think of the saying “you can have it all” and in most ways I do have it all- career, art, family and friends but its not easy to juggle it all and something always suffers. Most of the time it’s my family and my friends who don’t get enough from me, so I’m not sure I’m successful at being a modern renaissance woman. But I try, I really try.

L+T: Your memoir was released last month. What was this process like putting your memoir together? What did you learn about yourself in ding this?
CL: It was really hard. I have a great memory, which helps, but to go back and really think hard and re-live the memories was both heartbreaking and a celebration. I have a new appreciation of the life I have lived so far. I had a great co-writer in Jancee Dunn and a great editor in Amy Tannenbaum and their experience helped make the process be a bit easier.

L+T: You said “fame is nothing like you imagined.” How did you imagine it growing up? What is it like realistically?
CL: I’m not complaining. When you are famous you do get to see the world and have experiences that most people don’t but I think I also thought with fame you never have another care in the world and that’s just not true. You are always a human being with weaknesses and strengths, ups and downs and being famous doesn’t change that.

L+T: In putting out your memoir, what was the motive behind it? What do you want people to be able to take from it?
CL: I really just wanted to talk to my fans and tell them my story, my real story. I had been asked to do this many times over the course of my career and just feel like now was the time.

L+T: You have a reality show debuting in January. Can you tell me a little bit about this? What’s it all about?
CL: It’s a day in the life really. It’s an inside look at how I am that modern woman trying to juggle career and family – succeeding at it at times, failing at others.

L+T: Who have been some of your greatest mentors growing up as well as now? Who do you deem your heroes?
CL: My greatest mentors growing up were the woman I grew up around – my mom and my aunts, my grandmother. They were all really strong women who encouraged me and were always there for me. They were glamorous to me too. When I chose to record “Girls” it was for these women. I wanted to record a song that celebrated being female as an homage to these great ladies and when it became a hit I felt I finally got to honor them the way they deserved to be honored.