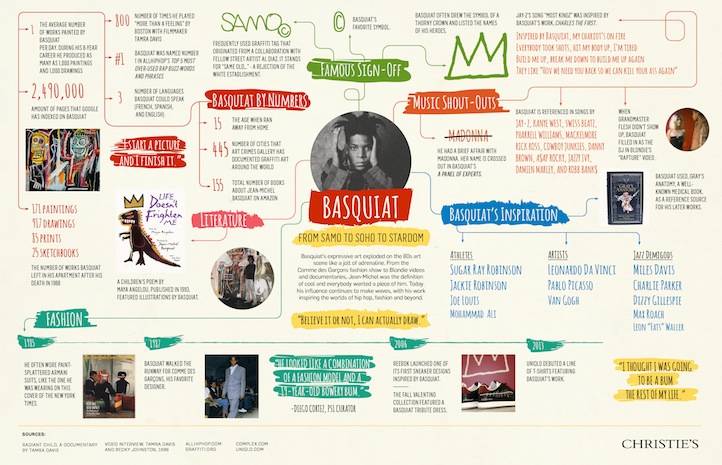 “Dustheads is pure, concentrated energy, freedom and honesty. Basquiat’s work is an act of pure artistic freedom; of individual creativity made incarnate. It is only in the last 10 years that Basquiat–long considered an outsider— and always snubbed by the establishment– is coming back with a vengeance. He is among the best artists in America in the last 30 years. Some even speculate that he picked up where Pollock left off. This master’s resonance is not only alive among the art elite. His appeal crosses race, class and geography. Ten years ago he may have been perceived as a misfit. Today, he is among the most collected artist of sportsmen, actors, musicians and entrepreneurs.” – Loic Gouzer, International Specialist of Post-War and Contemporary Art, Christie’s.

On May 15, Christie’s Evening Auction of Post-War & Contemporary Art will present a major painting by Jean-Michel Basquiat. Executed in 1982 at the height of his creative development and fame, this ambitious work can be seen in both its scale and ambition as its epitome of his signature style. Painted with a combustive palette, “Dustheads” becomes an intuitive, gestural whirlwind made during the pinnacle of the artist’s practice. With an estimate of $25-35 million, “Dustheads” will likely break Basquiat’s record of $26.4 million, which was just achieved last November in New York.

Set against a backdrop of intense, inky blackness, the brightly colored figures in Jean-Michel Basquiat’s “Dustheads” represents the ultimate tour-de-force of expressive line, color and form that has come to embody Basquiat’s iconic painterly oeuvre. An acknowledged masterpiece from a pivotal year in the artist’s career, this 1982 painting demonstrates Basquiat’s unique ability to combine raw, unabashed expressive emotion whilst displaying a draughtmanship that was unrivalled in modern painting. Housed in the same private collection for almost 20 years, “Dustheads” was included in the seminal exhibition of the artist’s work organized by the Fondation Beyeler, Basel in 2010 (and which later travelled to the Musée d’art moderne de la ville de Paris) and is widely referenced in the artist’s monographs, including the cover of the catalogue to the 2006 Basquiat retrospective organized by the Fondazione La Triennale di Milano. This painting displays the full force of Basquiat’s emotive power as an artist and provides ample evidence of his unique painterly language —a language that came to define a generation and one that is still heard loudly today. 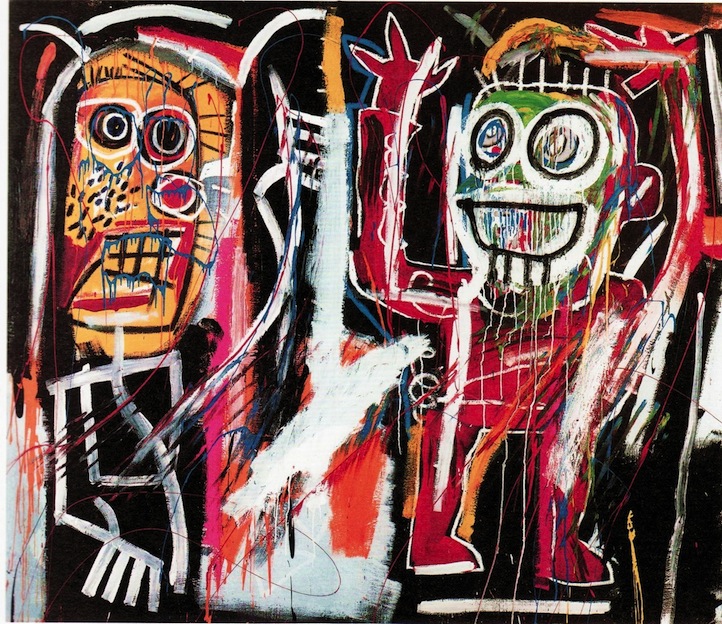