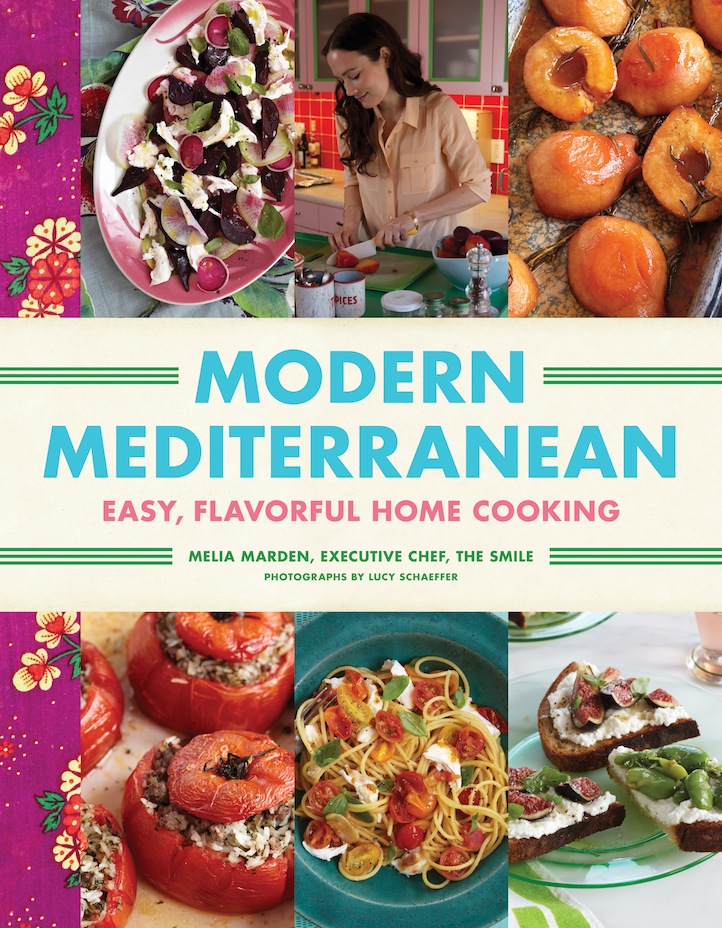 Melia Marden is the Executive Chef at The Smile, one of New York’s most loved neighborhood restaurants. Growing up in both Manhattan and Greece, Marden has recently ventured out and put forward a cookbook titled Modern Mediterranean, which sums up her culinary past. Here, exclusively to Life+Times, she fills us in on the process behind her recipes and why her book could have only happened…now.

Life+Times: You grew up in both New York and Greece – how have both places influenced your career in cuisine?
Melia Marden: To me the best thing about the food in New York is the variety. There’s a huge range of food represented both high and low end and I was lucky to be exposed to so much, I think it allows you to have a more open mind and palate when it comes to trying new things. The food I grew up eating in Greece really inspired my cooking style. There’s something so perfect about the simplicity of their distinct clean flavors. My favorite dishes really focus on the essential quality of the ingredients bright earthy tomatoes, fresh salty grilled fish. Eating like that taught me to always try the simplest version first, not to overwhelm a dish with too many contrasting elements.

L+T: You’re the executive chef at The Smile, one of my favorite restaurants in NYC. For those who haven’t been, how would you define and describe the food?
MM: I describe the food as “Mediterranean inspired new American.” To me that encompasses Greek, Moroccan, and Italian influences and market driven local NY produce when possible. I want the food to feel home cooked and casual which I think goes well with the cozy neighborhood atmosphere at the restaurant. 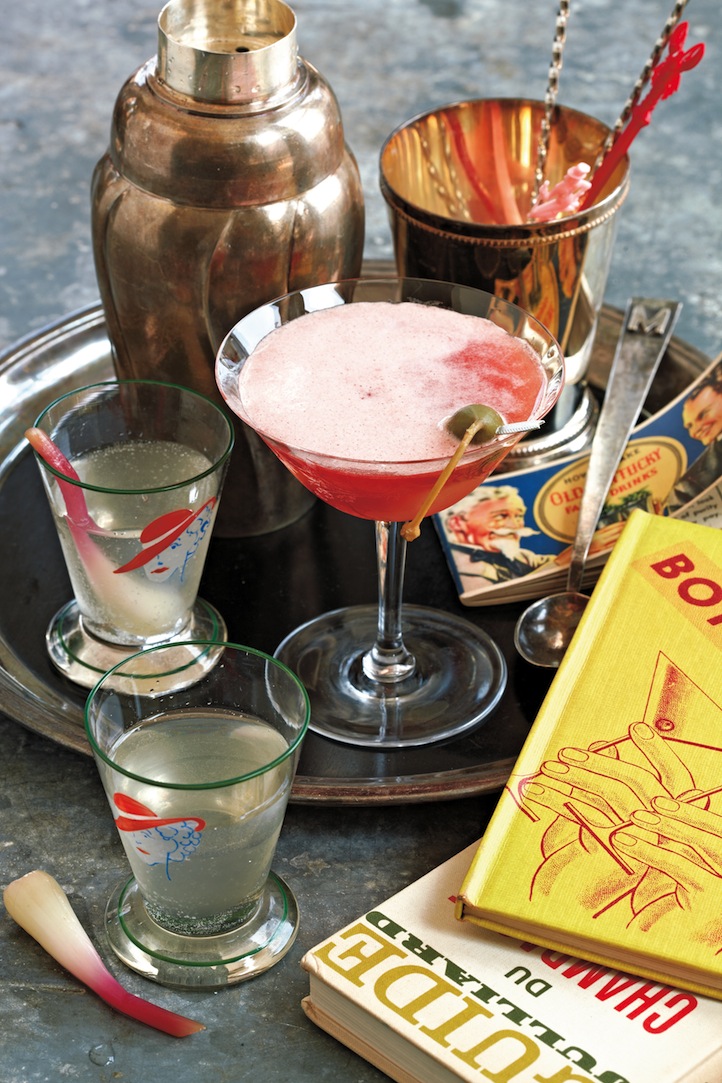 L+T: What are some of your favorites restaurants around the world? Why?
MM: I love La Cigale Recamier in Paris for their fluffy intense soufflés.

L+T: You’re a graduate of both Harvard and The French Culinary Institute. What did you study at Harvard? What was it like at the FCI?
MM: I studied Art History in college because I had grown up around art and artists and it seemed the most natural to me. I really enjoyed visual analysis but I never wanted to be part of art academia or the art world as a career. When I graduated I decided to go to culinary school. FCI was good for me because I wouldn’t have had the confidence to start cooking professionally without it but I wouldn’t necessarily recommend it to everyone. It was a funny time because there was such an extreme mix of students, tough guys who had been working in kitchen since they were kids working alongside middle-aged women who were changing careers.

L+T: Were you a picky eater growing up? I know lots of people who know work in the world of culinary creations were extremely particular in what they ate as a child?
MM: I tried a lot of different types of food when I was kid traveling with my parents but I still went through phases of being revolted by certain things. My biggest food issue was that I always found imaginary bugs in my food and refused to continue eating. Every burnt piece of rice or seed looked like an ant to me. 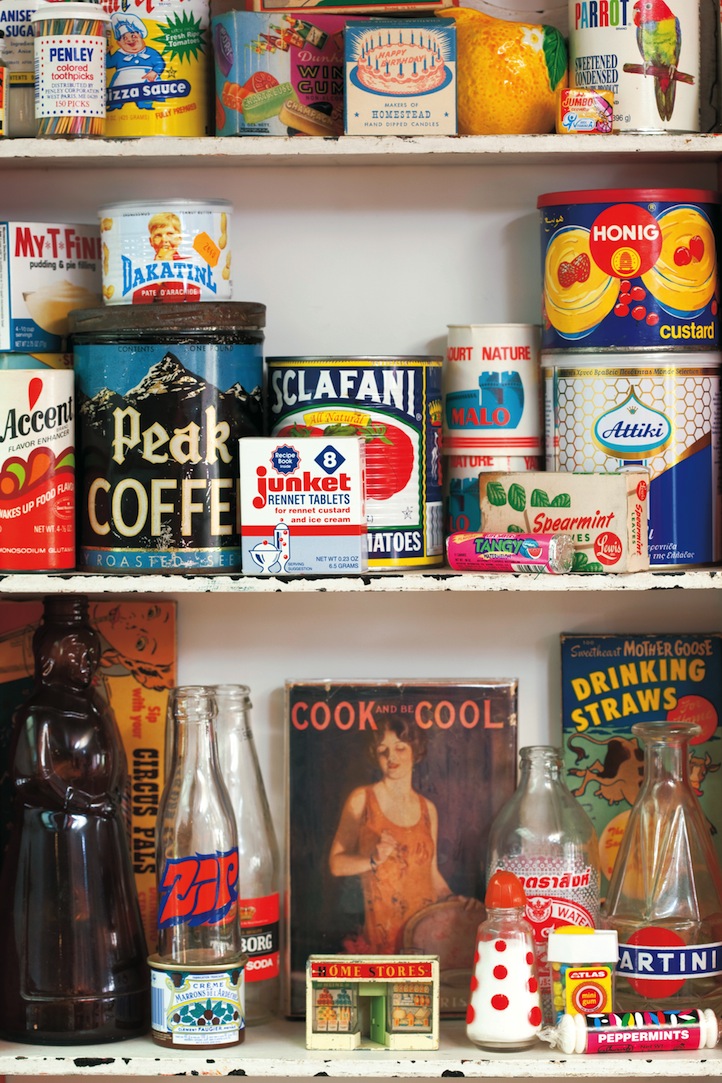 L+T: Tell me about your new book Modern Mediterranean? How did this process come about?
MM: My catering partner and I made a book together a few years ago that fell through at the last minute so I had been working on recipes and thinking about it for years. After I had been cooking at The Smile for a while, a friend of my sister’s from high school (who is now a literary agent) contacted me about writing a book proposal and it went from there. I’m glad it happened when it did because I had a good arsenal of recipes that I’m proud of to work with.

L+T: What was the editing process like behind putting this together?
MM: I really enjoyed working with Stewart Tabori and Chang because they let me have a huge amount of control in the visual aspects of the book and that was really important to me. I collect a lot of antiques, old products, menus, labels, etc related to food so I brought a lot of that in as references and we ended up shaping the design of the book around that aesthetic. I basically worked on the recipes alone for six months and then handed in the first draft and went back and forth with editing for a few more months. It felt like being in high school again and having a huge term paper due.

L+T: How many recipes did you start with? How did you narrow them down?
MM: I had a lot of recipes from The Smile and from my first attempt at a cookbook but I really focused in on the Mediterranean influenced food for this book so automatically some dishes were out. Almost everything I make at The Smile I make at home first and then convert them into restaurant friendly recipes. For the book I went backwards and retested everything to make sure that all the recipes were home kitchen friendly.

L+T: For those of us who live a fast paced lifestyle, what would you recommend to make that is a) affordable and b) convenient and c) that isn’t fast food?
MM: I always have a few really quick pan seared chicken breast recipes in heavy rotation for dinner at home. Sear pounded boneless skinless chicken breast olive oil, take it out of the pan and sauté some garlic, olives, capers, lemon juice, return the chicken to the pan and finish with your favorite fresh herbs. The whole thing doesn’t take more 20 minutes at you get an intensely flavorful dinner.