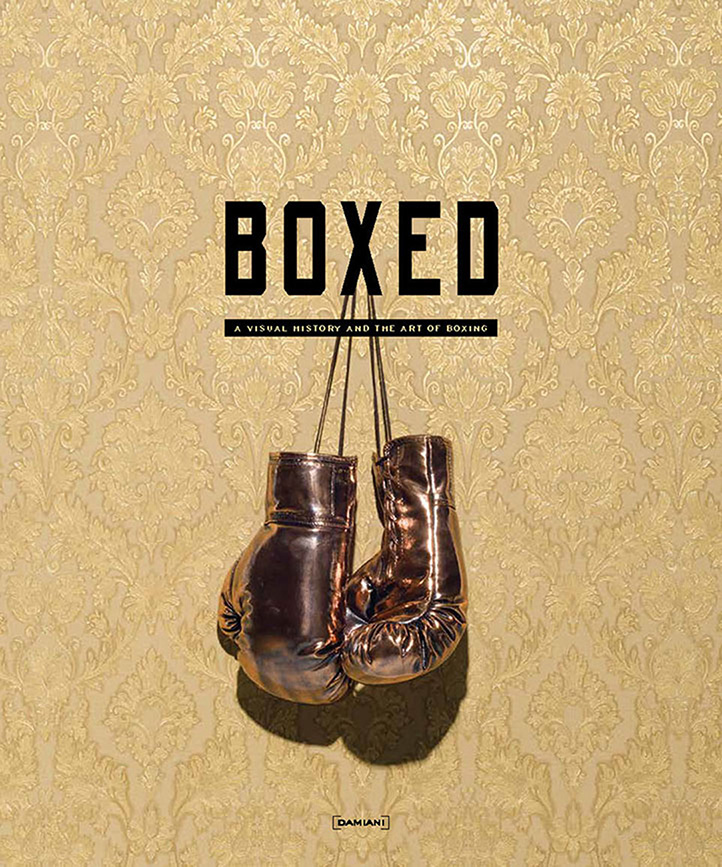 For Carlos Rolon (aka Dzine), boxing has always been imbedded in his blood. The creative genius recently released BOXED: A Visual History of the Art of Boxing, a tome centered on his love of sport (which also, if you ask Rolon, doubles as a love letter to his father). Here, he speaks exclusively to Life+Times about the familial importance of boxing culture and why its historical reference is just as important today.

Life+Times: The role of boxing played a big part in your home growing up, specifically in your family household. Why?
Carlos Rolon: Aside from the entertainment aspect, part of the connection to sports in the Caribbean is an economic one. Particularly for my father, the thought of using baseball and boxing as a way of escaping reality or means of acquiring a better livelihood (if one took it serious) is an exotic one, but nonetheless –  still a thought. Most importantly, the idea of a shared interest with group of people creates community and home. There is also a sense of the blue-collar struggle that my father connected with. 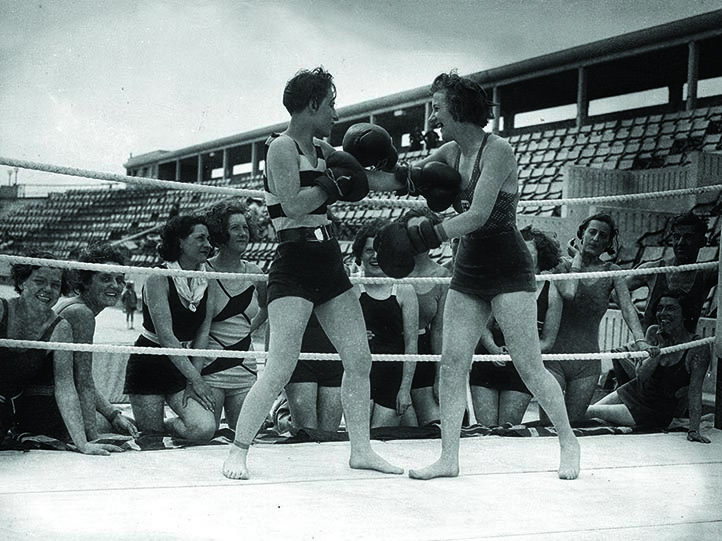 L+T: You’ve said that watching boxing on television was also seen as a bonding experience with your father. Were there any memorable matches that you remember watching? If so, why were they so important?
CR: The image and audio of a young Howard Cosell calling the Roberto Duran and Sugar Ray Leonard fight is still a very clear and strong memory till this day. I remember connecting with fighters such as Edwin Rosario, Macho Camacho, Ray Boom-Boom Mancini, Mike Tyson, and Julio Cesar Chavez. Nostalgia can be a powerful tool. The memory of watching these fights also kick starts other memories such as a favorite meal, the wood paneling in my basement, plastic on our furniture, patterned walls, Christmas garland and faux marble paneling, etc. all of which play a role in my studio practice. These moments are also important since it laid the foundation to create a body of work and publication. 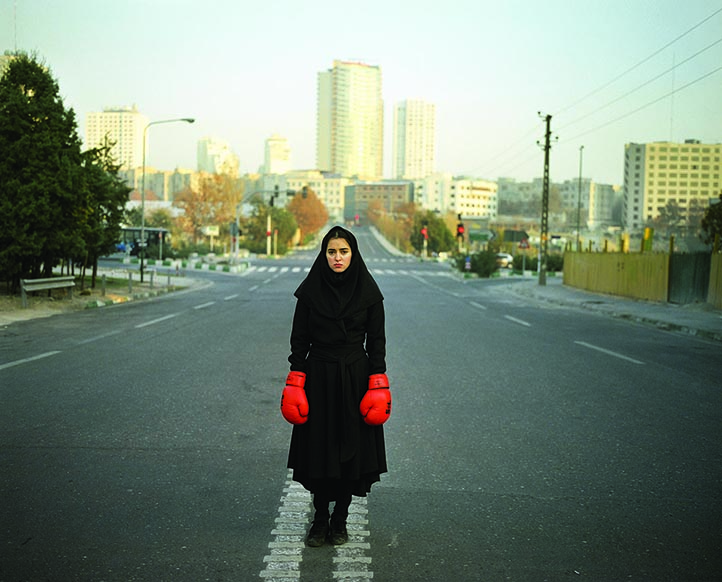 L+T: You’ve said this book is seen as homage to your father. Why?
CR: My father wanted to be a Salsa musician but ended up a factory worker. Not that there is anything wrong with that, but it’s still a dream deferred. This book is not only a compilation and combination of two cultures that are important to me, but the principle behind the sport of boxing represents people like my father (and mother) who came to the U.S. for a better life with dreams and aspirations. You can have struggles, but you get up and keep moving forward.

L+T: You also put together a book prior called NAILED – which you dubbed an homage to your mother. Can you tell me a little bit about this book?
CR: As a child of first generation Puerto Rican immigrants in the United States, well paying jobs were scarce. So in order to supplement extra income, my mother created a bootleg salon in our home. I clearly remember the horrible smell of the chemicals, but enjoyed hearing the women gossip about current events or personal issues while getting a makeover. I loved having people over to the house and the sense of community it created. I wanted to re-create this feeling and tell a story that was honest while still keeping true to my language and body of work – hence the installation “Imperial Nail Salon” (which is an exact replica of my child-hood living room from 1976). I wanted to put the project into a historical context, which is how the book came about. It was all a very organic process. What’s funny, as I began the research for the book, I realized there was no information or history on nail culture – so NAILED is actually the first comprehensive publication on the history of nail culture. NAILED was born as I was having dinner with Claire Mosier, the creative director of the Standard Hotels about the exhibition and project. She was the catalyst for the publication and eventually became my creative partner. The book not only allowed me to pay homage to my mother, but also allowed us to pay respect to a culture that truly is a unique art form. The people involved in this community have no formal art training, yet their passion to make beautiful, over‑the‑top ornamental objects is what truly struck me. It has reminded me why I’m an artist and why I choose to create. It has allowed me to begin a conversation and ongoing dialogue in a very unorthodox manner that wouldn’t normally be presented in an institution and question how culture and commodity plays into human, social and objectified relationships. Most importantly and historically, the development of Nail Art Culture is about the community that has been built within the confines of a salon, the friendships that develop and the stories that are shared. 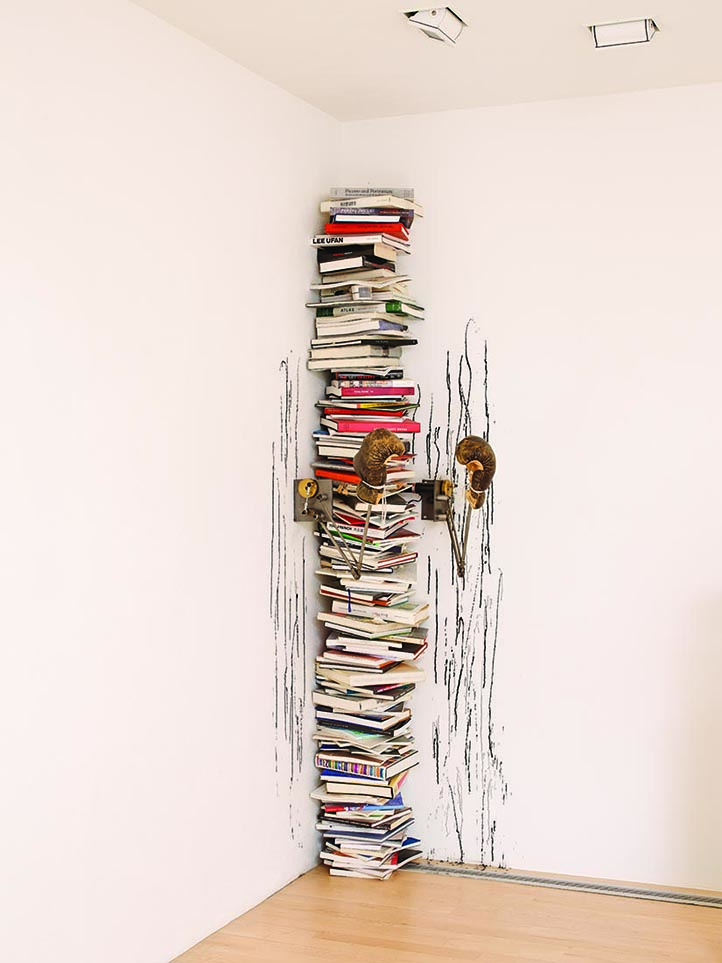 L+T: What’s the goal of BOXED? What do you want people to take away from it?
CR: The goal of BOXED is to show how artists, photographers, craftsmen, writers and documentarians have used boxing as a metaphor. I’m very much interested in juxtaposing two cultures that normally would not be considered connected. I want the audience that would never go to a museum or gallery to take interest and vice versa. My hope is that this publication and the work included evoke discussion and interest beyond the book.

L+T: Can you tell me a little bit about the editing process? What went into putting this book together?
CR: It truly was/is a labor love. No one ever really makes money on books (unless you own the publishing company). This book in particular took about a year of research, editing and acquiring images. Along with my in-house studio team, Paul Kasmin Gallery was a big part of the research and acquisition of images. The designer of the book and dear friend Tony Arcabascio (he also designed NAILED) also put faith into the project with time and working tirelessly for not a big financial return. A handful of the artists in the book are good friends and contributed their images or did work special for the book. Well-known artists like Jeff Koons and Ed Ruscha gave freely based on the idea and concept of the book alone. It was a very organic process. 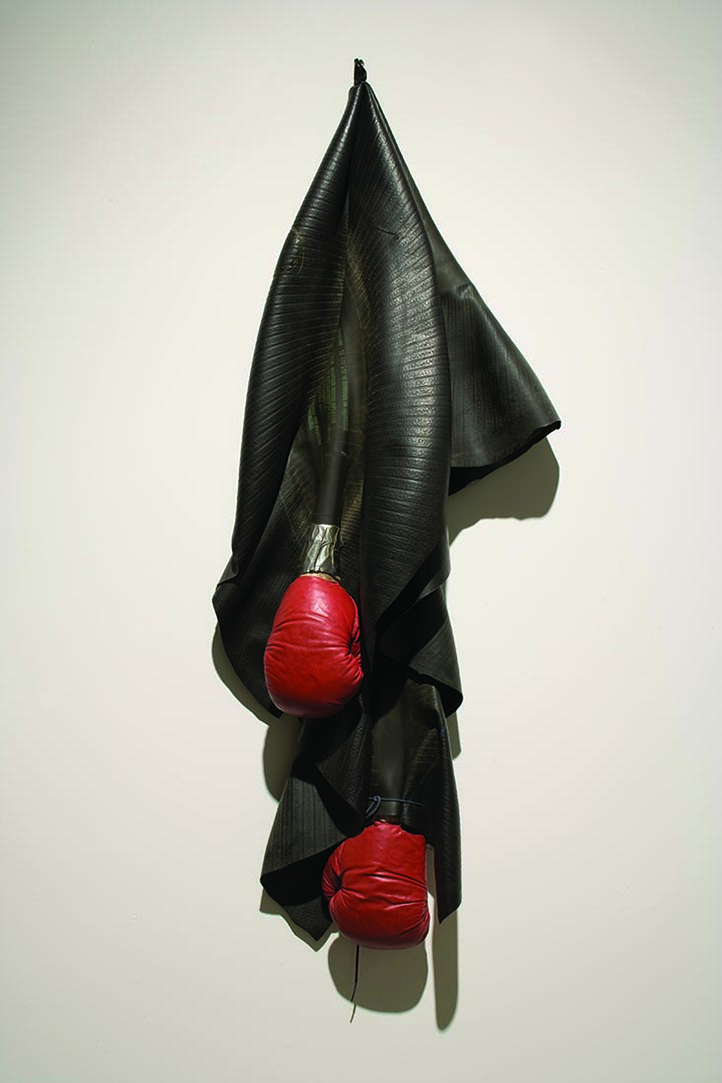 L+T: While you’ve been in fascinated with the sport your entire life, what did you learn about boxing over the process of putting together this book that you didn’t know prior? How has your perception changed?
CR: The history of bare-knuckle fighting and the introduction of the Queensberry rules was something that educated me on the Sweet Science. The subject of racism and women in boxing is an eye opener. The evolution and cross over into pop culture is very fascinating.

L+T: LACMA Chief Curator Franklin Sirmans wrote the foreword. Why did you choose Franklin?
CR: Franklin is someone I have wanted to work with for some time now. In my opinion, his views and direction are ambitious, unorthodox with respect to history. His views on how current events fit into the lexicon of the contemporary art world are unique. He is one of those curators that isn’t afraid to wear his emotions on his sleeve. 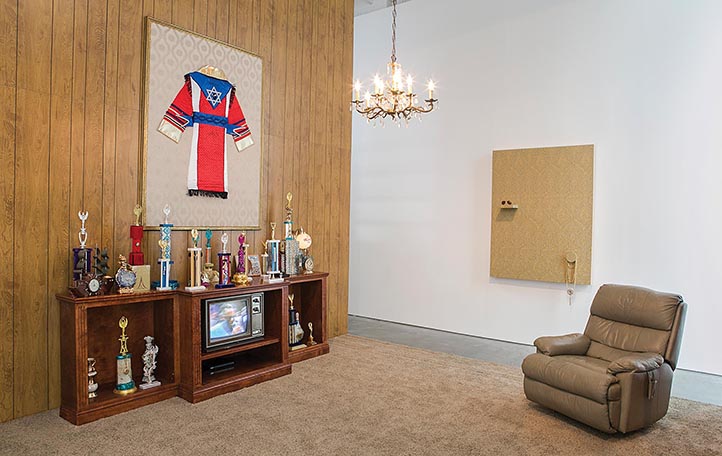 Credits on the next page.