In an EDM world full of 808 bass drops, laser synths, and snappy hi-hats, the ambient piece of the puzzle sometimes comes up missing. Producer Andrew Bayer’s latest album, If It Were You, We’d Never Leave, fuses classical elements with electronic to create a sound unique to EDM’s current trends. Regarding the album that altered his viewpoint of dance music forever, Bayer states, “One [album] that really changed the way that I thought about stuff was MTV Dance Vol. 1. It’s a compilation I got when I was [10-years-old]…that opened my eyes. I was like, ‘Wait. I love this. I have to do this.’ From that point on, it kind of springboarded me into that world.” Such as the role a shape shifter plays in sci-fi – take that concept and apply it to Bayer’s music production. His malleable approach to music is created by self-defined rules.

L+T: Going into the latest album, If It Were You, We’d Never Leave, I appreciate that each song feels like a chapter to a book. How do you go about your songwriting?
AB: There’s three different approaches on the record. One is the more sample based music which is the more hip-hop, J. Dilla inspired productions. Then, there were the glitchy breakbeaty things that I wrote and there was the ambient kind of film scorey – no drums, very dreamy kind of pieces of music. I had different approaches to each one. With the sample based ones I started by chopping up some of those samples from my favorite artists like Ane Brun and Sufjan Stevens, those guys and making new creations from their music. It’s just a really inspiring way to work and to springboard into a different method of writing that you would have normally not done yourself. Then, the other ones are a more organic kind of approach where I just sit down at a piano and start writing or I might noodle around on a synthesizer and come up with something and then that would springboard me into writing another track. Each one was definitely a different experience and approach.

L+T: You cited Sufjan Stevens and J. Dilla as inspirations for the latest record. How important is it to you as a producer to broaden your music horizons outside of just electronic based music?
AB: I think it is super, super important. Granted, I don’t think it’s a requirement, but I think it’s really important. I think there’s plenty of people out there who just write dance music and they’re so, so good at it. For me, as a musician I have to kind of listen to all sorts of different kinds of music from film scores to indie rock, ambient music – all this kind of stuff. I try to educate myself as broad as I possibly can with my musical taste and my musical horizons. I think it’s really important, but everyone is different. Some people may only want to listen to trance – if that’s what they want to do, then that’s great. Personally, I have to listen to everything.

L+T: I think that’s awesome! There’s inspiration in more than just electronic based music. Music is art. There’s been a lot of discussion around “overnight” producers and DJs. Some longtime producers and DJs think the art of DJing is becoming lost. What’s your viewpoint on that?
AB: I’ve always been more of…a musician and less of a DJ, but that’s only because it’s a personal preference. I feel like DJing is a great method in delivering electronic music because you’re not going to go up there with a band and it’s not sustainable. It’s kind of a really amazing way to deliver your music to people. There is definitely a new kind of crowd of EDM that’s blowing up. I don’t necessarily think it waters it down. I don’t think it lessens the people who are doing it with integrity. It’s just different because now we have this term that’s blanketed everything into EDM. I don’t think it lessens it. For example, if there was a really pop trance tune I got on the radio and it was huge – it wouldn’t necessarily mean Above & Beyond’s music is not as good because of that. Everything is really separated. I’ve seen one of these overnight kids come out of the woodwork that’s doing his thing. I have friends in the industry that are doing really incredible, exciting things that don’t get changed by that. You know what I mean? 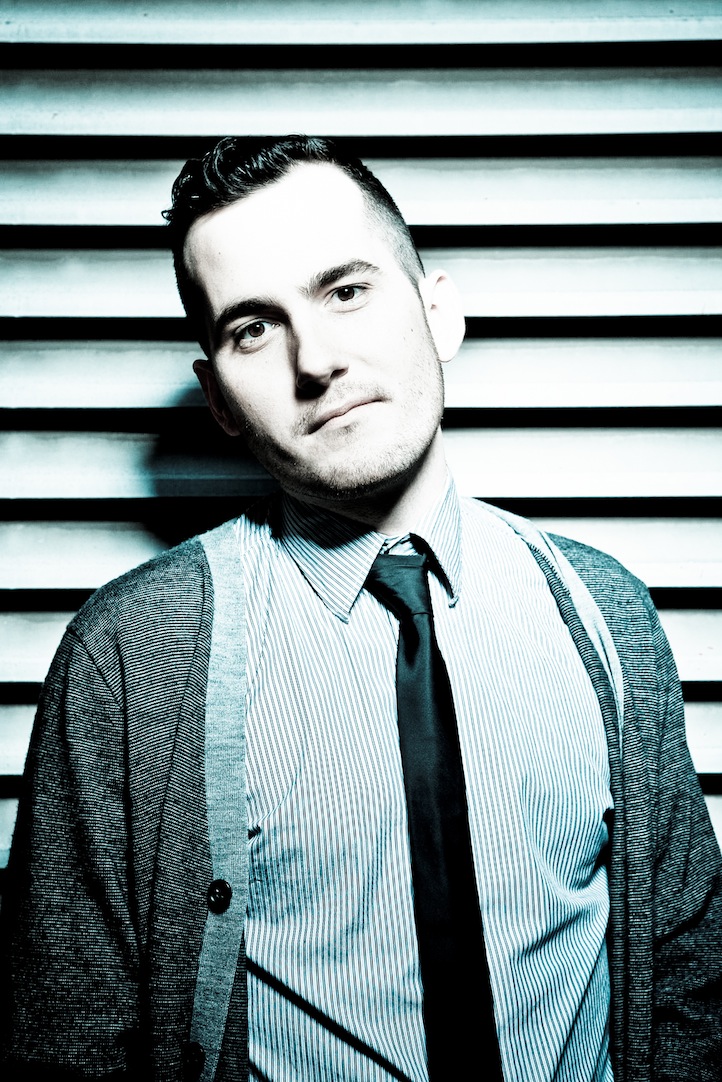 L+T: Yes, absolutely. I’ve spoken to some producers that get really annoyed with their music being lumped into EDM. What’s your opinion of that?
AB: I know this is gonna sound boring, but I actually kind of like it because it’s a way to communicate with people that that’s what you like. Granted, it has a bit of a negative stereotype with people who are doing exciting artistic things – I totally get that. For me it doesn’t. It’s just a way to communicate to people who might not be familiar with the different subgenres of the music they’re listening to; so they understand what you’re all about, what you’re doing. I have much more of a hippie vibe. (Laughs) It doesn’t bother me, it never has.

L+T: I see that! It encompasses so many things. I see both sides of it. I can be the devil’s advocate. I understand why it would annoy some artists, but going along with what you say it’s a genre. It’s electronic based music. Whether it’s techno, trance, dubstep – is that not electronically based?
AB: Exactly…and it’s for dancing! That’s exactly what a lot of this music is – it’s electronic and it’s for dancing. [A kid] is going to ]Electric Daisy Carnival and he knows nothing about the scene and everything, but he just wants to go there and party with his girlfriend. All of that is great because at some point he might get hungry and say, “Oh, let me go into the Carl Cox tent this time to see if some deeper shit is getting played.” It opens doors for people, I think. I’m all for people listening to exciting dance music. If it comes with that blanket term, that’s totally cool with me.

L+T: Usually the last question I ask a producer is regarding whether or not a DJ is a musician. However, you pretty much answered that and your Twitter bio literally states “I am a musician.” So, we’re going to do things a little different. Recently, Feed Me stated he will take a hiatus from DJing in order to focus more on music. He stated that he doesn’t feel like DJing is an art. Do you agree with that?
AB: I think DJing has changed a lot. DJing as an art form – not a lot of people are really doing it. There are definitely are some people doing it and it’s fucking amazing. It’s generally in the deeper crowd like deep house and techno. You get people that are doing the purest approach to DJing. They have no idea what they’re going to play. They’re gonna read the crowd and they’re gonna make a journey for a night for a crowded room of people. That, to me, is what the art form of DJing is. If you’re releasing tunes these days and in this industry, you go on stage and half of your set is pretty much predetermined, you can’t get away without playing all of these songs that people know you for. Social media is such a big platform and the internet has such a massive influence with what you do, people get mad if you don’t play their latest vocal tune. It can actually hurt your career. I’m not knocking on that either. I love seeing the crowd respond to that kind of stuff. It’s definitely just a different playing field than maybe ten years ago. Deeper genres operate on a different level.