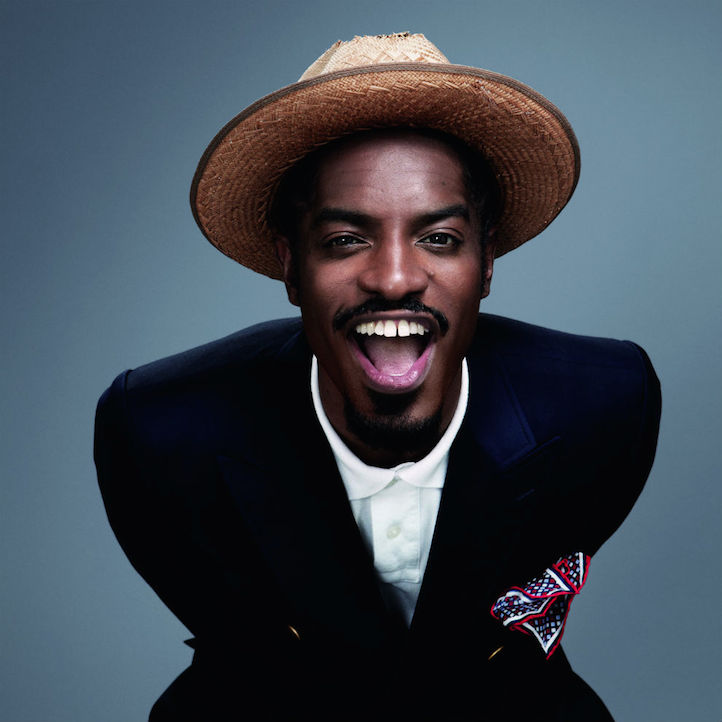 There as much curiosity surrounding Andre 3000 landing the role of Jimi Hendrix in the biopic Jimi: All Is By My Side. Of course, 3 Stacks has long discussed playing the role of the legendary left-handed guitarist. However, considering that he still serves as a relatively unproven actor, the weight of the role proved to be a heavy one.

Now that the reviews are rolling in, Andre Benjamin can take solace in knowing that his performance has been showered with praise. With both the film and a hectic schedule in place thanks to his reunion with Big Boi for an OutKast tour, Andre 3000 took the time out to discuss a number of things ranging from how hard he studied to become Jimi Hendrix to his being out of the spotlight for the past few years.

More importantly, 3 Stacks addresses whether we will see another OutKast album and what he plans to do in the studio after the tour wraps up.

On how he became Jimi Hendrix:

“I used everything I could. I watched every piece of Hendrix footage I could find. I listened to every interview I had never heard before and even John Ridley’s research team pulled audio interviews that I had never heard of Hendrix being interviewed backstage by magazines. I looked at pictures and dreamt like a kid to see what he might be thinking. I also did weight training to lose 20 pounds because Hendrix was really skinny. I did months of guitar practices. I already had long hair so I had to perm my hair the way that Jimi did it because Jimi put rollers in his hair every night so I had to kind of do that too. I know trying it with a wig would feel stupid so I just went for it as much as I could. Even mimicking his walking and mannerisms when he talked. It was kind of everything I could find and I threw it all into one pot and try to give my own interpretation of what it was.” 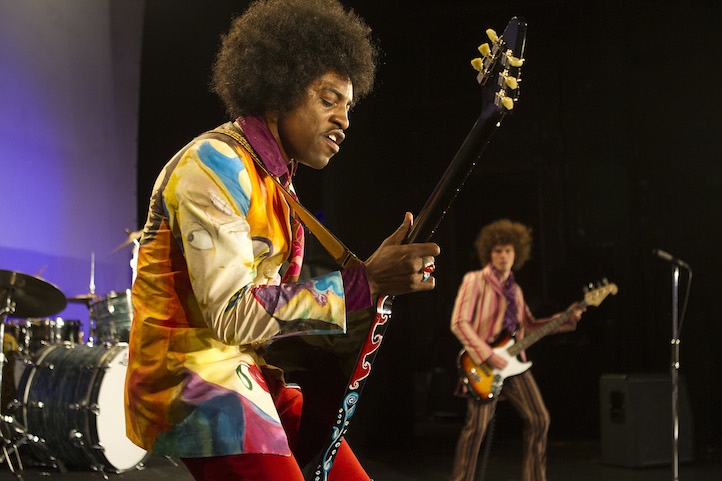 On the challenges of separating Andre 3000’s stage show to Jimi Hendrix’ stage show during the performance scenes:

“I think the biggest challenges were voice, guitar and physicality because my build was completely different from his. I have more of an athletic build and Hendrix had a slight build and so I knew losing the weight. I had to feel in a much more lanky way. In my mind I had to move longer than what I am. I’m from the south and my southern drawl is kinda thick so it was really hard trying to lose it. I did the best I could at it. But I think the left-handed guitar playing was completely different. It’s a motion thing. It’s just really hard like walking backwards.”

“It was kind of odd when we were actually filming the Hendrix performances and we would bring in a real live audience to watch so it would feel real. It was hard between takes when you have fans that come up shouting “Andre 3000” when I had my hair permed up with boots and tight pants. It was hard so sometimes I had to take a step back to stay in it.”

On comparisons between he and Atlanta artist Raury:

“There’s a fair comparison with Raury. I think Raury is stepping out and pushing it though. That’s fair considering he’s not a straight and narrow kind of artist and going for his own thing. I just saw him the other day when he opened up for us in Atlanta and I think he’s a dreaming artist with good ideas and I hope he’ll grow and we give him his room to grow. The biggest thing I would tell him is fuck listening to everybody and just go for it. I hate when people try to compare artists because we are all totally different individuals and we all grow.”

On Hendrix’s audaciousness covering The Beatles’ “Sgt. Pepper’s Lonely Heart Club Band” in 1967 only days after the song released and how it compares to his own first performance of “Hey Ya.”:

“I was nervous and I think Hendrix was nervous too. I think you have to be nerves in some kind of way because that gives you the challenge to do it. There has to be some kind of friction that was good for Hendrix. They would say he honestly did not rehearse a lot. He had balls man! People fail to realize that The Beatles came out with that song a couple of days before. That’s like me putting out a Beatles cover album with no YouTube lessons or anything. I’m just going out there and I’m doing a cover of The Beatles. That was as ballsy as you can get and saying “Hey, I’m a guitar player and I pick up chords really quick.” If you pull up the YouTube of Hendrix playing that song, he has a cigarette in his mouth and, while he’s playing, he takes it and he throws it out without missing a beat. That shows you how confident he was.”

“As far as doing songs like “Hey Ya,” I was completely terrified when I first performed that song. It’s even worse because I come from a rap world where everybody got their face frowned up and want to be as tough as possible. And I’m out here singing. The first “Hey Ya” performance wasn’t great. I was all nerves and scary. (It was like that) Even when I presented the song to LA Reid as a single, his response was ‘to be honest, I don’t understand the song. but this exciting to me.’ He stood by it and watched it happen. I’m glad he did. But there are nerves and you gotta have nerves because if you are too comfortable in things, you aren’t really pushing nothing. You have to stretch it out.”

On his isolation over the years:

“It wasn’t a deliberate thing. I just think the more popular you become, the less personal space you have. I think I had to try and carve out my own time. I grew up as an only child and spent most of my time alone so I’m just most comfortable that way. I’ve always been to myself so I’m comfortable with that and I try to find new ways to carve out that space so I can keep something of myself. I think with this new day and age with paparazzi and people following you around and trying to take pictures and film you, (being a celebrity) becomes really unattractive. I only go out when I’m driven to go out.”

On whether the engrossing himself with all things Hendrix has inspired his artistry in a way that could lead to another OutKast or solo album:

“I can’t say that there was a huge revelation from playing Hendrix in the movie. I think it just was a great experience that I went through. It was challenging considering that I don’t really consider myself an actor in that way. I consider myself more of an opportunist who got to play Jimi Hendrix and put my all into it. But I can’t say I walked away with any life-changing thing. As far as an Outkast album, we don’t have any plans to do one. After this tour though, I’ve been thinking about recording this album that I always wanted to record. We’re both working on solo albums. Big Boi is damn near through with his next album. I think after we finish this last show on October 31st in New Orleans. I’d love to get in the studio and see if I can conjure up something.”