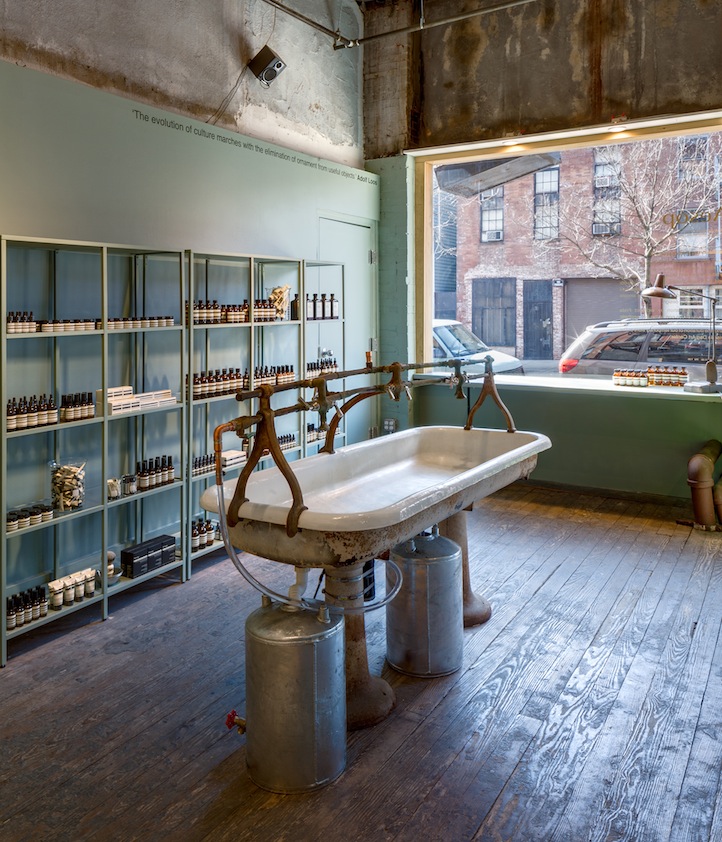 Aesop recently opened its doors to Brooklyn, in the form of a pop-up shop in collaboration with The Invisible Dog Art Center. Running until the end of July, the temporary installation was designed by architect Frida Escobedo. While its main business is skin, hair and body care, Aesop has long nurtured a passionate interest in all forms of creative expression, and is well known for collaborations with individual practitioners and organizations alike. The endeavor sees the brand join with a New York exemplar of community-focused cultural engagement and one of the foremost proponents of Latin0-American Modernism.

The installation’s centerpiece is a timber-framed glass enclosure containing meticulously segmented layers of sand that will shift over the next five months. Escobedo speaks of this feature having dual interpretations. In a materiality and form, it reference Modernism’s shift away from ornamentation. And in keeping with one of Escoebdo’s central concerns, it reflects temporality of its setting. The design is also influenced by Aesop’s distinctive aesthetic, which the architect sees as aligned with the Japanese principle of shibusa or “sophisticated austerity.”

Aesop selected the location because of its deep ties with the neighborhood and by the creative space and support network it provides for artists. The Invisible Dog manages to combine residency studios for artists, venues for exhibits and performances, and community engagement. Established in 2009 and nestled between Cobble Hill, Carroll Gardens, and Boreum Hill, this interdisciplinary space is an exemplar of self-sustained, community-focused cultural engagement; and an acclaimed hub for experimentation and collaboration among artists. 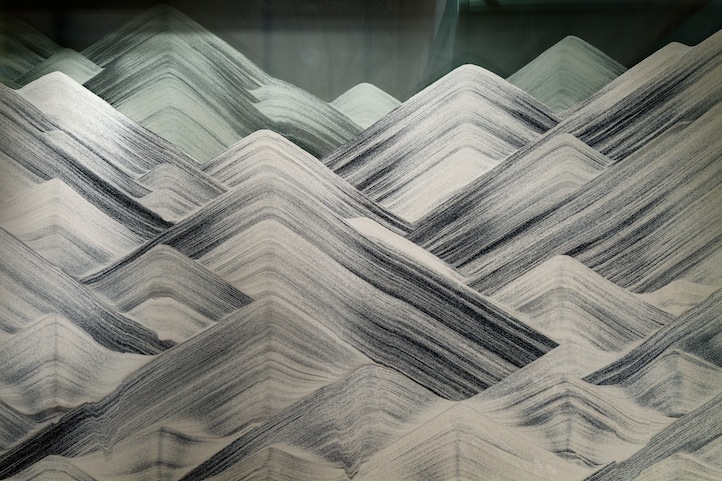 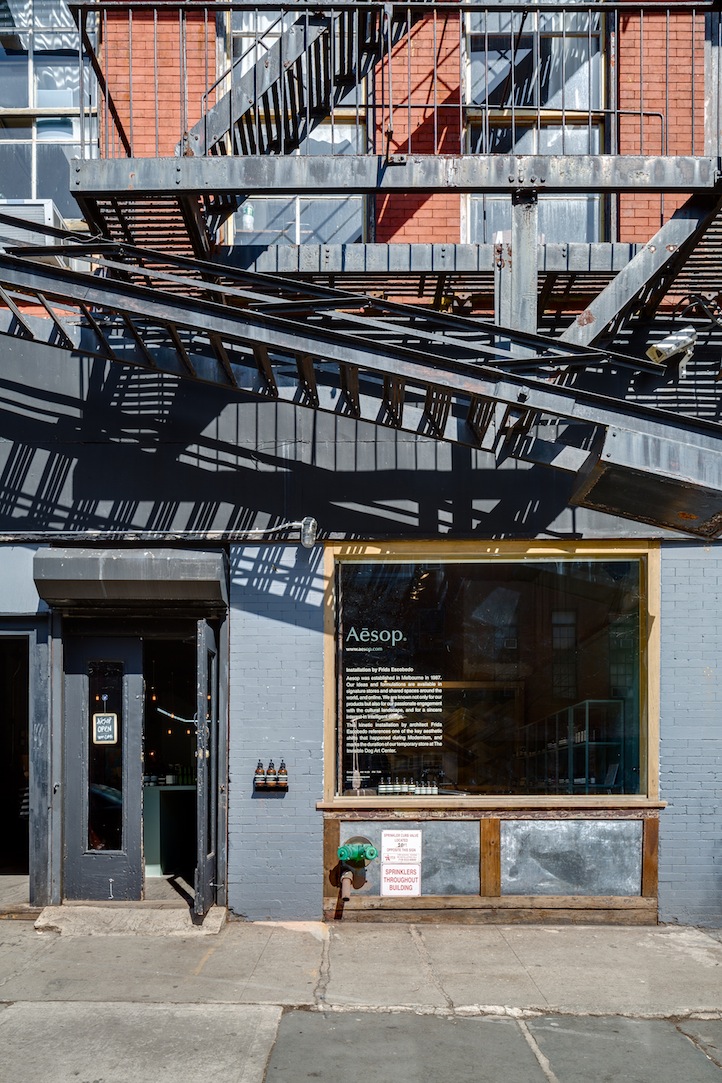 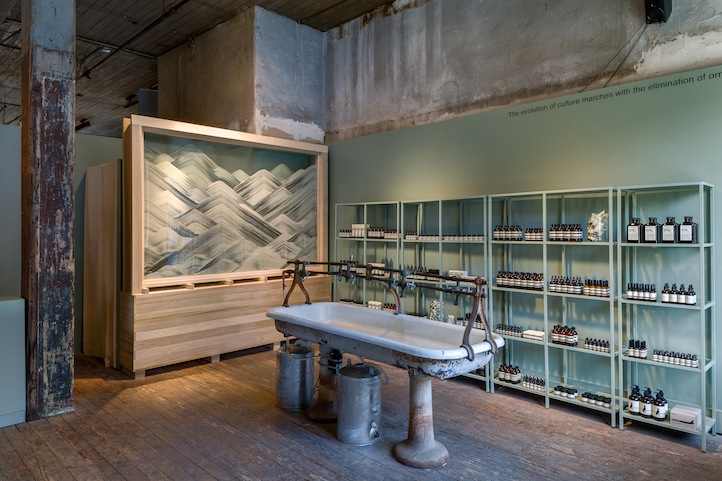 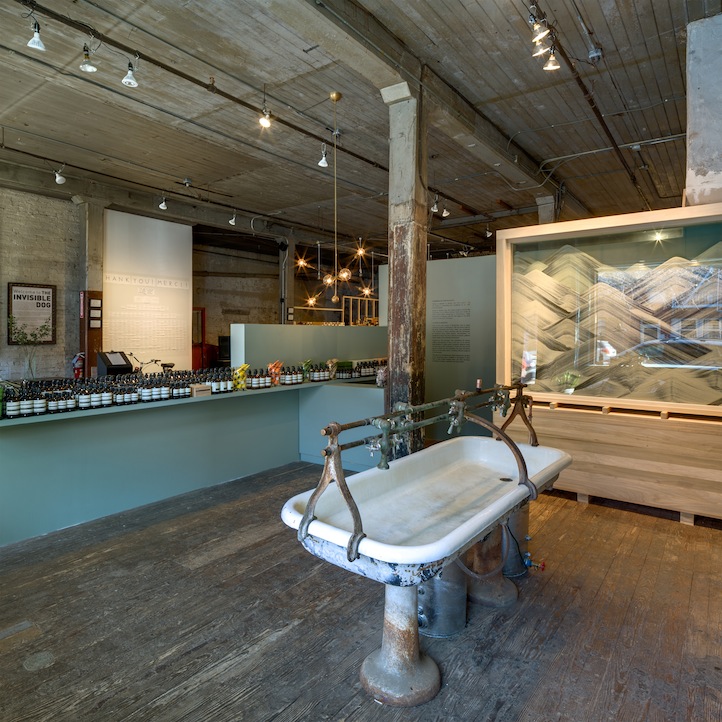 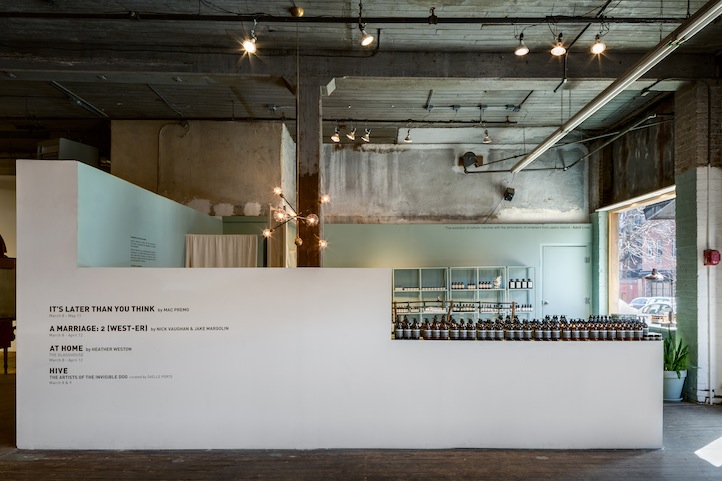