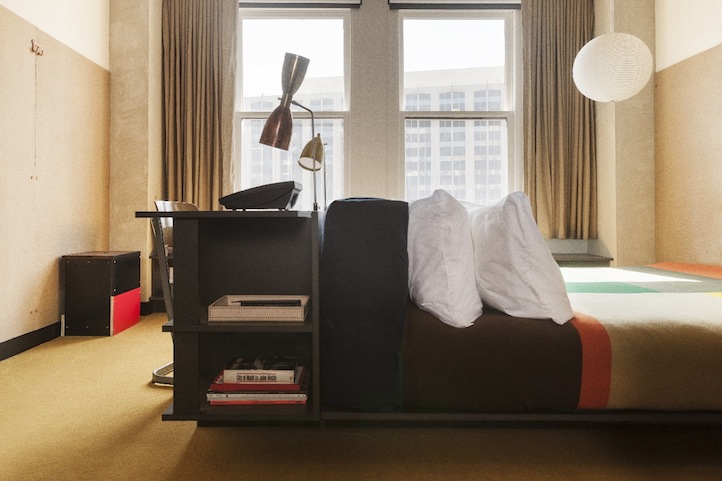 Ace Hotel Downtown Los Angeles recently opened in the historic United Artists building in Downtown LA. Built in 1927 for the maverick film studio, the ornate, storied theatre and tower stand as monuments to a group of seminal American artists pushing out on their own, and anchors the Broadway Theater District’s modern renaissance. Ace Hotel Downtown Los Angeles partnered with Commune Design to breathe life back into the historic site. While the theatre’s original design was a lush interpretation of the Spanish Gothic style, the tower’s facade hid a minimalist poured concrete structure. Therein lies the basis for the concept at Ace Hotel’s newest home; the marriage between decadence and democracy, between 1920’s Hollywood glamour and modern minimalism, is informed by a finely tuned ear toward the Broadway Theatre District’s latest revival — a modern renaissance.

The project’s facade was approached as an “interpretive” restoration — what would the building have looked like if it had been a hotel, restaurant, or theatre in the heyday of the Broadway Theatre District? The terra cotta and plasterwork exterior of the building was stripped of decades of paint, carefully cleaned, and the iron grillwork restored. A wood storefront with molding reminiscent of Josef Hoffman‘s work was installed to frame stained glass windows, with transoms made by the legendary Judson Studios from an abstracted Gothic-inspired design. A sidewalk cafe spills from the restaurant onto the sidewalk outside, extending the Ace experience unto the neighborhood. The original theatre booth was long gone, so a new space — serving as a newsstand by day, and ticket booth by night — was designed in the deco style that appeared in Los Angeles in the late 1920’s.

The building was stripped down to its minimalist concrete core, with design elements then layered on top. The original poured concrete ceilings and columns were strategically retained in most public areas and guest rooms. The public spaces in the hotel tower are intimate in scale, flowing naturally from one room to the next — the transition from registration, elevator vestibule, coffee bar, restaurant and into the mezzanine lounge is seamless. 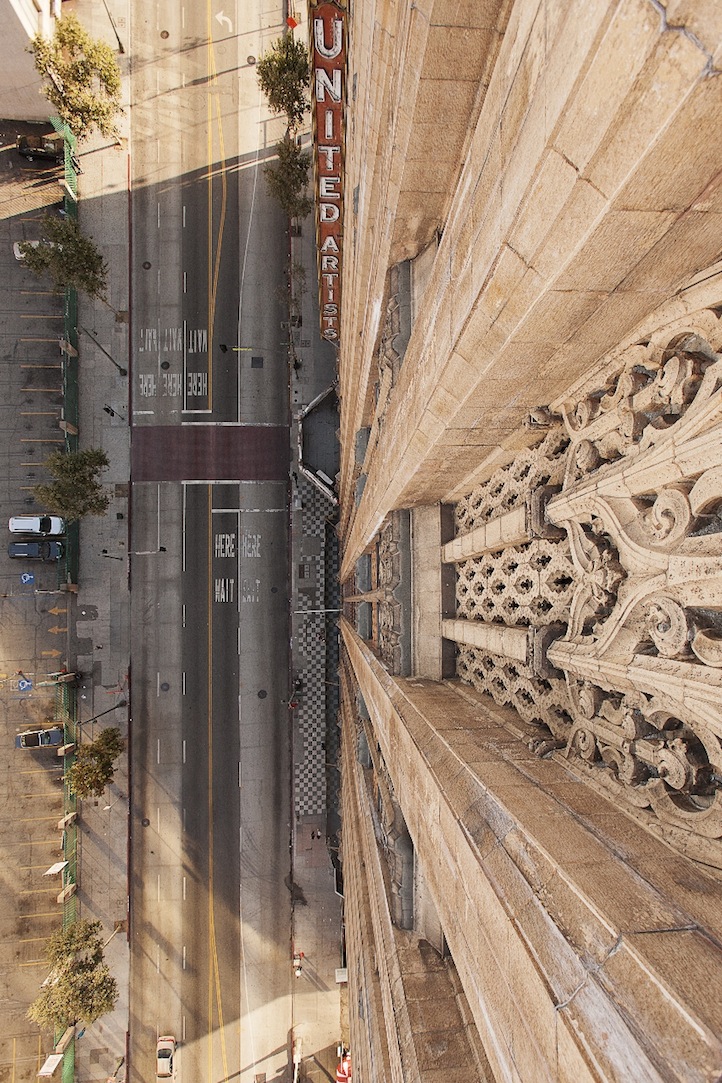 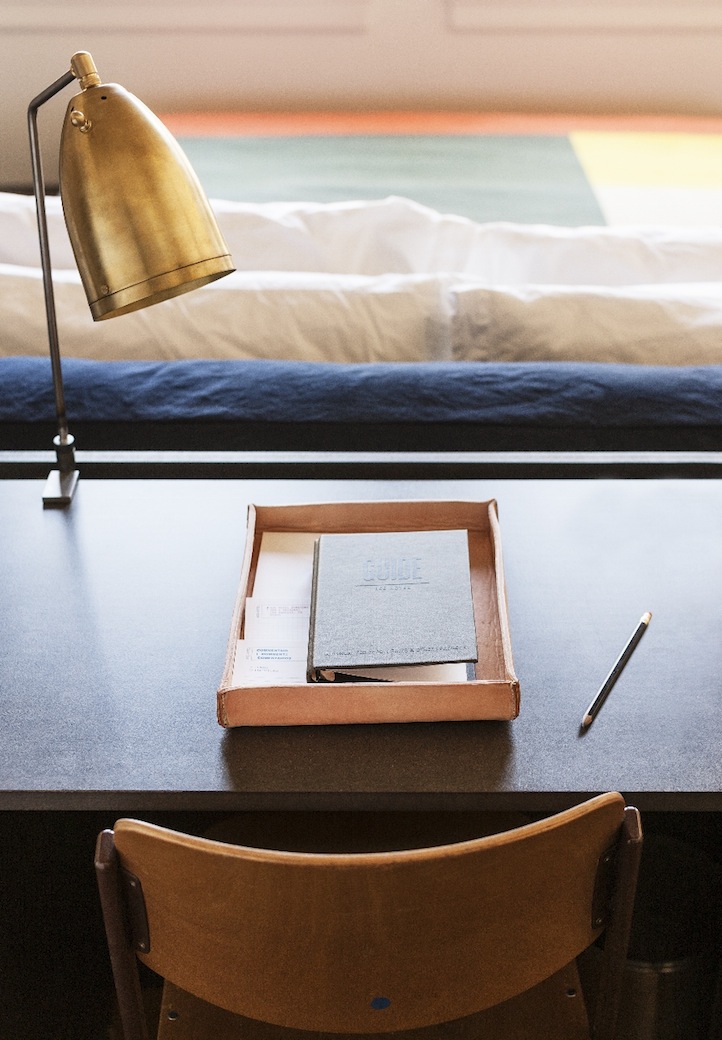 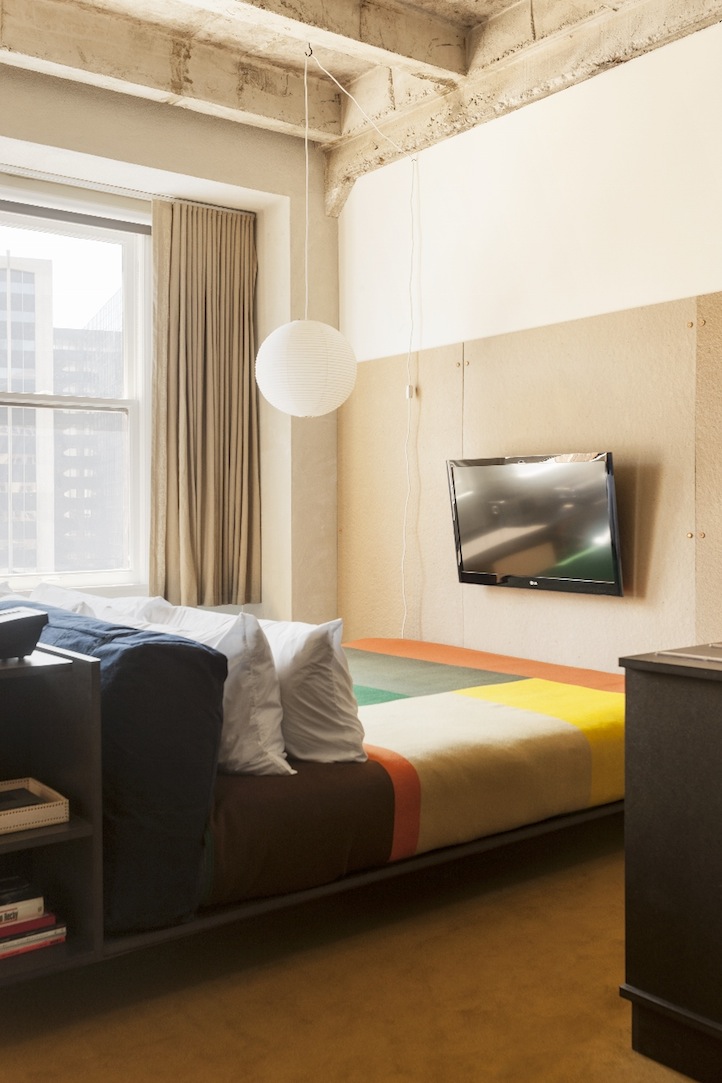 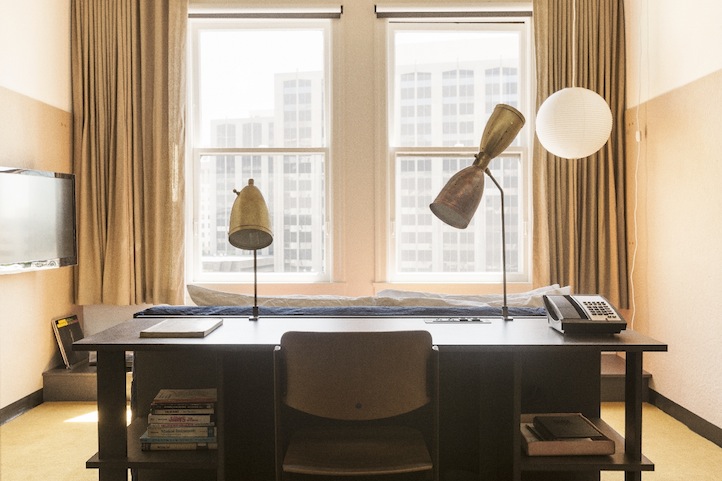 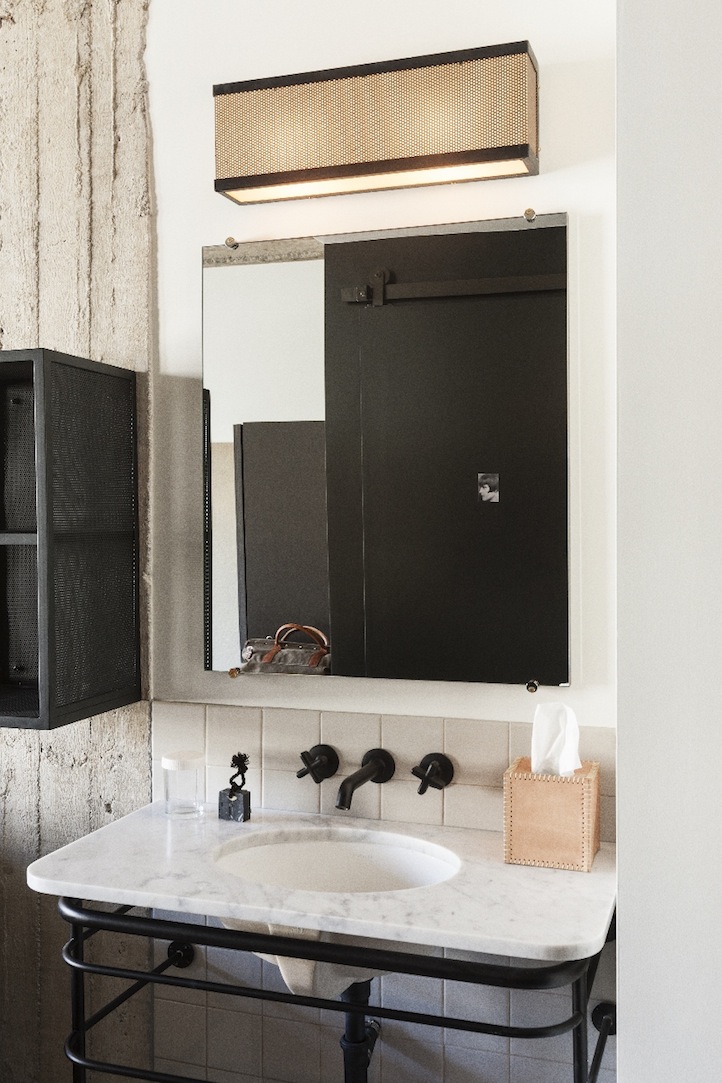 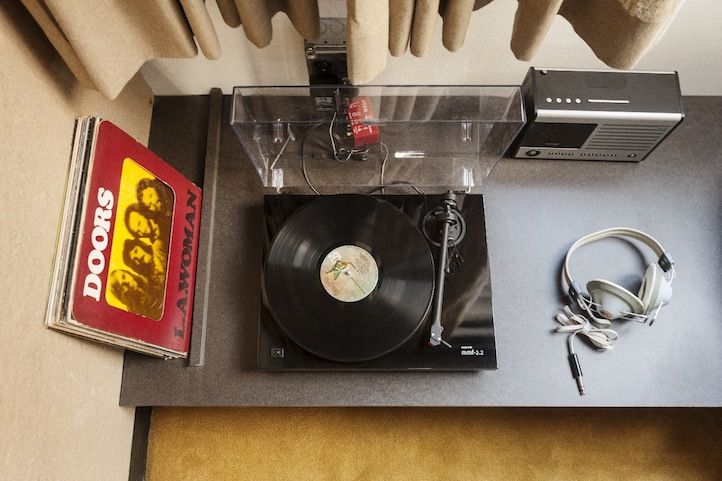 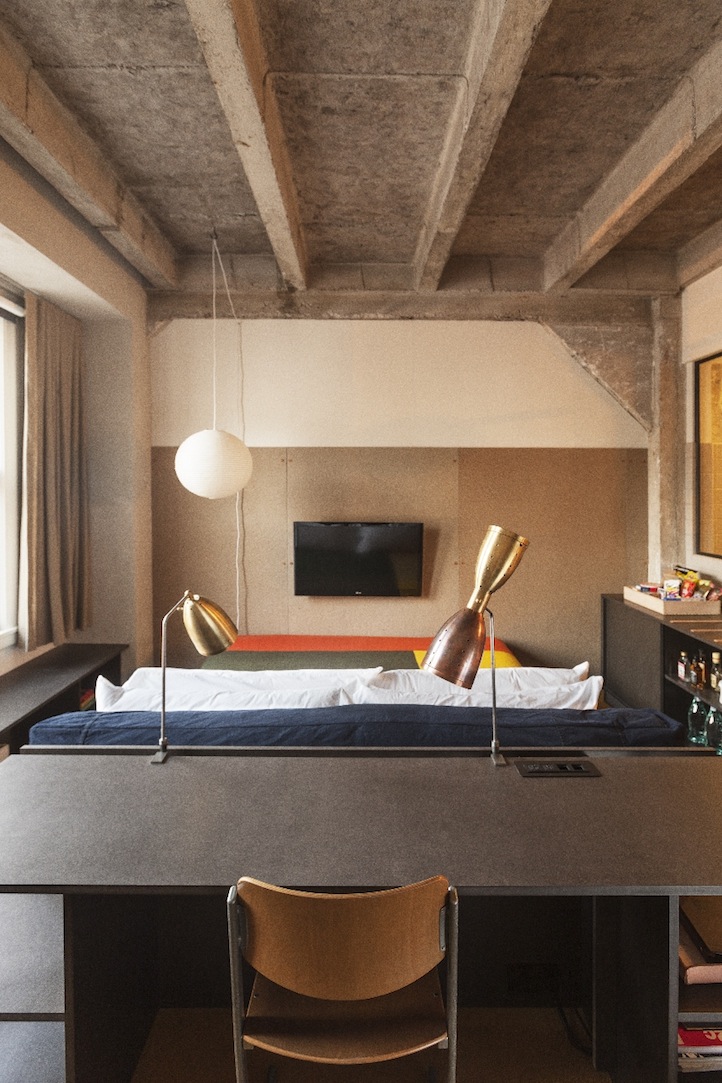 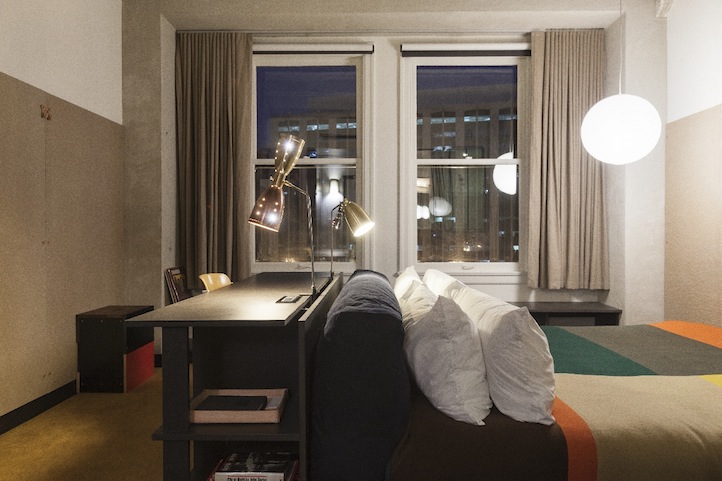