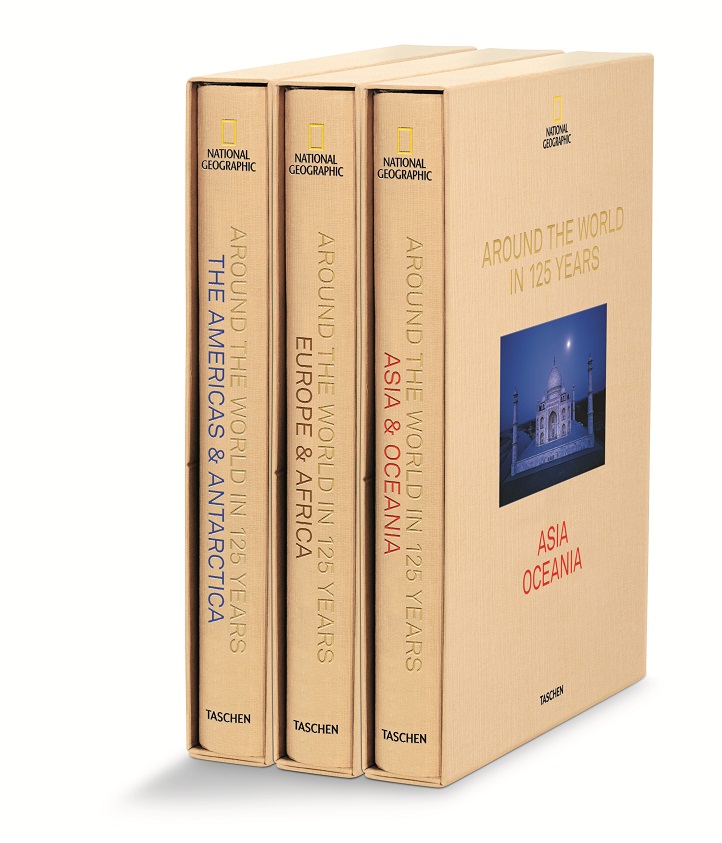 For five generations, National Geographic has dazzled and educated people with its incredible photographs, illustrations, and gripping stories from the four corners of the Earth. Combining travel, wildlife, science, history, culture, and conservation, the National Geographic Society’s trailblazing magazine has inspired millions of readers to explore and take an interest in the planet we inhabit. In celebration of the publication’s 125th anniversary, National Geographic has given TASCHEN complete access to its archives to distill the journey of a lifetime into three prodigious volumes featuring photographs (many unpublished) almost as rich, deep, and colorful as the world itself. The tome begins in the Americas and Antarctica (Volume 1), and then crosses the Atlantic to Europe and Africa (Volume 2); and then towards the Indian Ocean to Asia and Oceania (Volume 3). From evocative early black-and-white pictures to autochromes, from the golden age of Kodachromes to digital, National Geographic invented the aesthetic of the photo essay, while pushing the technical boundaries of the medium. Steve McCurry, one of the publications longstanding photographers, speaks to Life+Times about their storied history and why capturing the perfect moment is all about preparation and timing.

Life+Times: You planned to study cinematography and filmmaking, but took a detour towards photography. Where did your love of photography stem from?
Steven McCurry: I thought it was more immediate. It seemed more spontaneous. I liked wandering around with my camera and taking pictures of things that interested me.

L+T: You moved to India. What propelled the move?
SM: I moved simply as a way to travel and see the world. I have lived in Europe when I was 19 after high school and I also made a few random trips here and there during college. I had always wanted to explore places like Latin America and Africa. 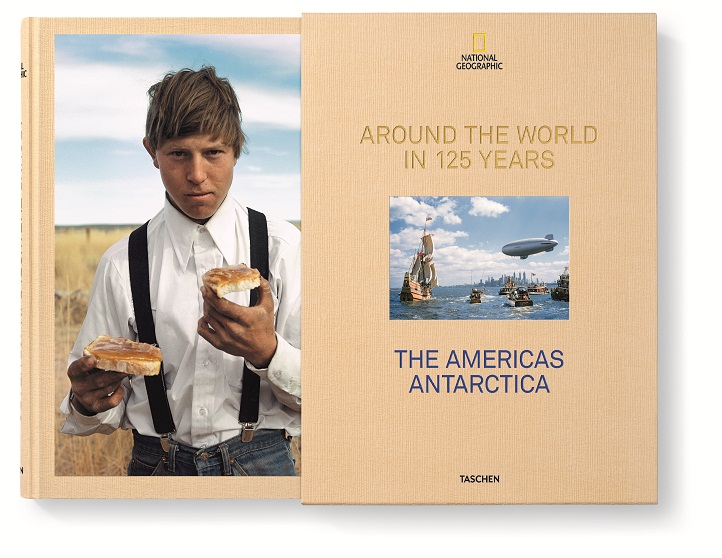 L+T: When you landed in India,  what was your initial reaction?
SM: When I landed, I was sort of struck by the amount of people everywhere. There are about 1.3 billion people and that is something that I immediately took notice [of].  I was struck by it, actually. But, the impression I had was magnificent. It’s an entirely different world with different religions and cultures. Everything to me at that time was completely new and different, and I liked that. I like being shocked.

L+T: You must like to experience change in your life….
SM: I think people who enjoy traveling like to get to a different place,  whether it be climate or cultural or what not. They want a form of change; t’s a learning experience and an adventure at the same time. I don’t really view traveling as a form of escape though as I’m always very happy when I’m back in New York. I never feel like I have to run away. 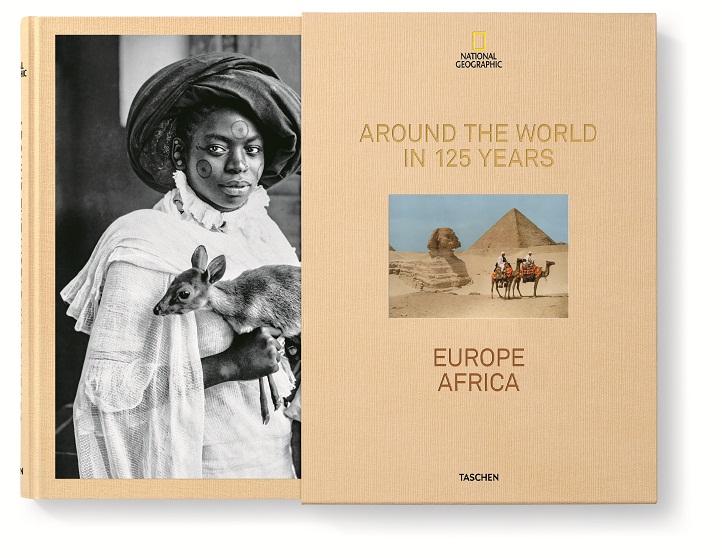 L+T: You once stated that there is something incredible about the idea of “waiting,”  especially when it comes to taking peoples photos. What’s behind this idea?
SM: I don’t know that I love the idea of “waiting.” I don’t feel like I’m a particularly patient person. But, I think you need to arrive at a particular time. Timing is everything. Waiting sounds sort of negative to me. Nobody likes waiting at a doctor’s office or what not. It’s more about when you are in a situation you are experiencing change. People’s moods change from moment to moment depending on whether you tell them a joke or what not. If you tell them a sad story you will get a different reaction. For me, it’s all about the moment. You just have to be ready for the subtle changes and find the right moment. Obviously there is a waiting aspect to photography, but I see it as a part of the process.

L+T: Do you feel in some ways you’re attracted to danger?
SM: I don’t think its the danger that I’m attracted to but when you have a situation and places that are in states of transition such as a revolution or civil unrest, you are witnessing history being made. That’s what I am attracted to. That’s not dangerous to me. Seeing a political situation unravel is magnificent. It’s more about witnessing the social and political shifts that I like. 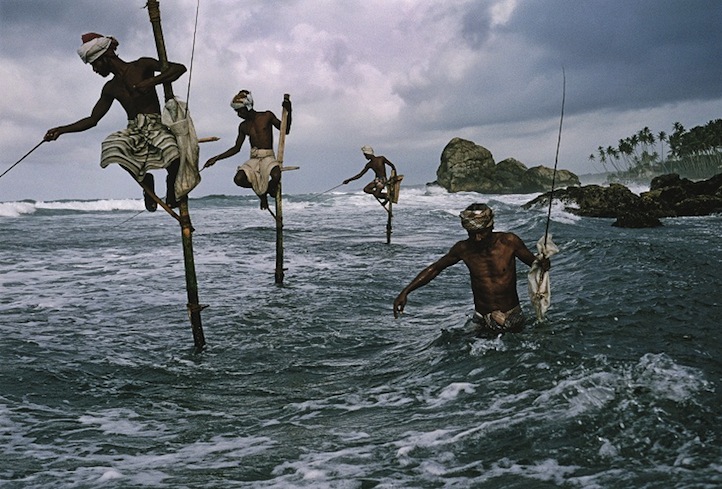 L+T: Tell me a little bit about your relationship with National Geographic.
SM: I shot for them in 1980 for the first time. I had spent a couple of years in India and Afghanistan. After those two years I went to National Geographic and we discussed some of my photos and stories. I had a few assignments with them. And that was the very beginning of a 30-plus year relationship. I think it’s been incredible working with them as I’ve gotten the chance to ravel the world many times over and have been able to experience places of conflict and transition that I’m drawn to.

L+T: Do you have a proudest moment?
SM: Well, you know we have these kinds of moments happen every day, in small ways. But, I don’t think there is one big thing that I can point to. Helping to make the world a better place; making individual lives better is something that brings a certain amount of satisfaction to my life. I feel as if I’m making a contribution to making a difference. 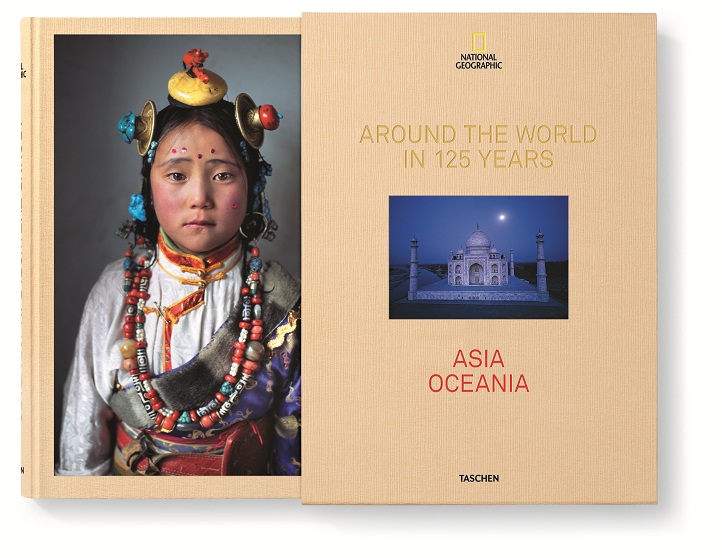 National Geographic. Around the World in 125 Years is available here.