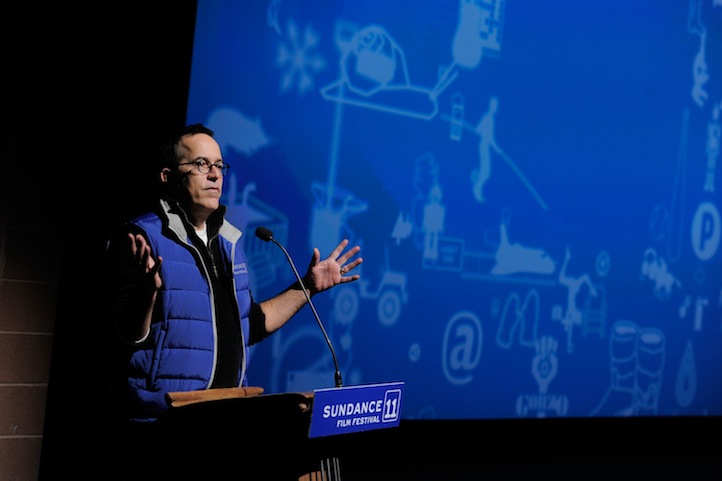 On January 17th, cinemaphiles alike will descend upon Park City, Utah for the annual Sundance Film Festival, a 10-day festivity celebrating all things in the realm of film. Here, we caught up with John Cooper, the festival’s director about what’s in store this season.

Life+Times: We spoke with you last year, days before the Festival, and you filled us in on what 2012 meant for film and Sundance. As your 2013 Festival begins, what can we expect from this year’s lineup?
John Cooper: I expect a lot of engagement from our audiences. I think the films this year are particularly bold and immediate in the stories they tackle, and I imagine they will provoke much discussion and discourse on issues including: sexuality, both as power and human desire; politics, especially around economic inequality; and music as a creative expression that parallels independent filmmaking. There has already been a lot of excitement for the array of new talent both in front of and behind the camera to be discovered as well as the return of many formidable directors who are still exploring cutting-edge independent filmmaking. It is a very exciting time for independent film.

L+T: As the current Director of the Sundance Film Festival, you’ve been a member of the programming staff since 1989, served as the Director of Programming since 2003 and assumed the role of Festival Director in April of 2009. How do you keep it innovative and interesting?
JC: I follow the artists, which is a lesson I learned from our President & Founder, Robert Redford. I watch the filmmaking community closely for stylistic and technology choices and then develop programs that best support that. Our NEXT <=> section is a great example of this and has really come into its own since we started it in 2010. The innovative filmmaking in that section compelled us to increase the number of films in it from eight to 10 this year. And our New Frontier exhibition continues to define and redefine the future of storytelling and the role technology will play in that. My staff and I make hard choices to create the most engaging experience possible, and we are constantly looking for new ways to engage audiences and impact the cultural landscape.

L+T: What differentiates this year’s Festival from previous years?
JC: Even more clarity and focus. The different sections of the festival are better defined with the films in each. And I feel that the independent film community is further differentiating itself from mainstream media, and the program reflects that.

L+T: Are there certain films you’re looking forward to the community seeing?
JC: All of them! And each for a different reason. When my team and I make final selections, passion is the name of the game. These films have already been the basis of many passionate discussions within my team, and I look forward to broadening the circle and discussing these films with audiences. For most of these films, the journey begins at our Festival and will continue to play out in the year ahead.

L+T: You work closely with Trevor Groth, the Director of Programming. What is the synergy between your two roles?
JC: Having worked together for 20 years, we have great trust in each other’s creative decisions. We share common goals of supporting amazing artists that we respect, connecting them with audiences and making the Festival as great as it can be. And we both agree that at the end of the day, all of this has to be fun.