art design life+times My Country Has No Name Toyin Odutola 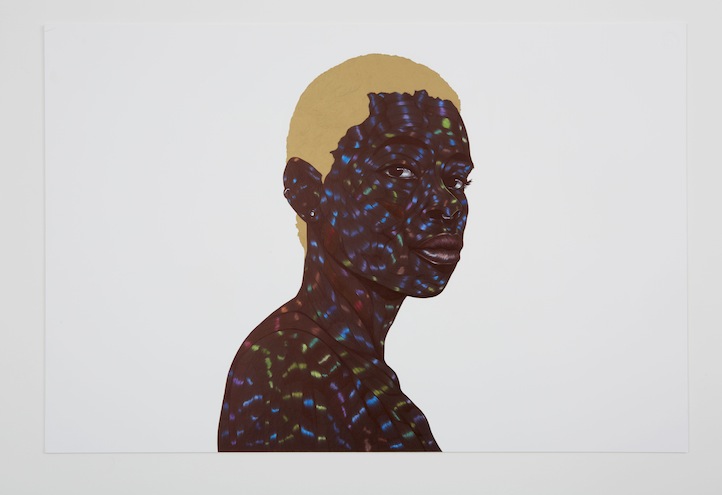 Toyin Odutola illustrates the enduring and perceptive power of the pen in My Country Has No Name, a new exhibition of her work on view at the Jack Shainman Gallery in New York City. Odutola was born in Nigeria, raised in the south and is a recent graduate of California College of the Arts. She lives and works in Alabama.

The strength of Odutola’s work is in the porous detail that navigates profound and personal issues of identity through the human physique. In her new exhibition, she revisits the context of skin as a plane to a larger territory, a concept that drives much of her investigation. The result is a series of intricate drawings that evoke imagery akin to a rich tapestry and inform a larger conversation about immigration in relationship to the African diaspora. 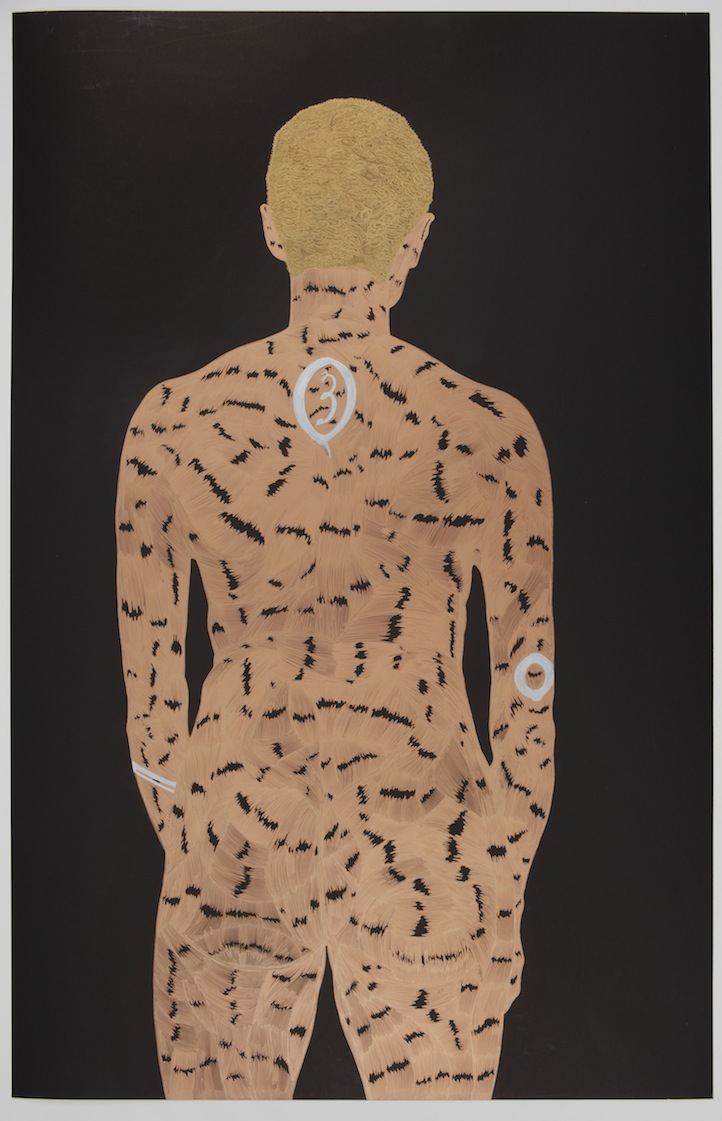 While Odutola is sought after as a young emerging artist, her sensibilities suggest a patient, classical approach. She favors the age-old act of drawing over engaging in quicker, simpler technological means for her medium. Her work demonstrates her discipline and the intention of each line as it comes from her hand. She engages in the digital sphere to distribute her work on line via Tumblr, a juxtaposition between her careful process and her conversation with contemporaries. Odutola’s portraits have expanded from a more subdued palette to incorporate shimmery metallic Sharpie markers in the series Gauging Tone. 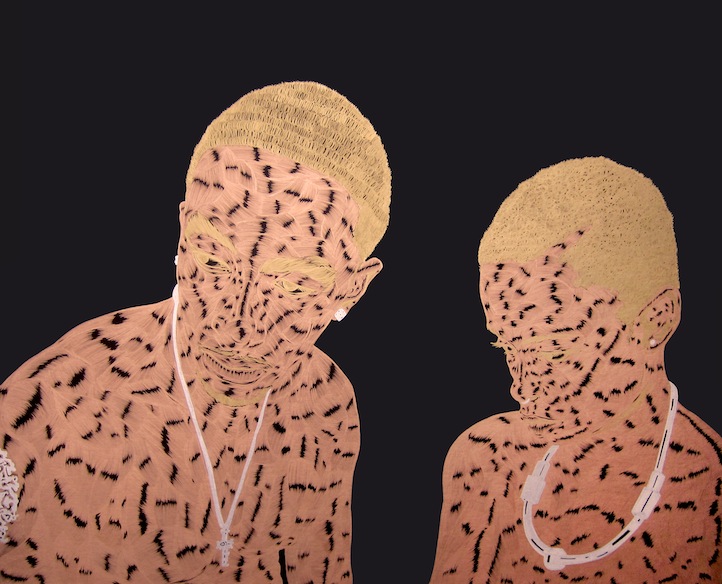 Odutola accesses her shared Nigerian origins in homage to the iconic author Chinua Achebe who died earlier this year. The story of the hunt glorifies no one: homage to Chinua Achebe is based on Achebe’s reference to a Nigerian proverb in a Paris Review interview about “the danger of not having your own stories.” Two male figures are shown outlined in golden detail; their features cast in a translusent pallor appear less defined against a black backdrop, as if they were fading away. 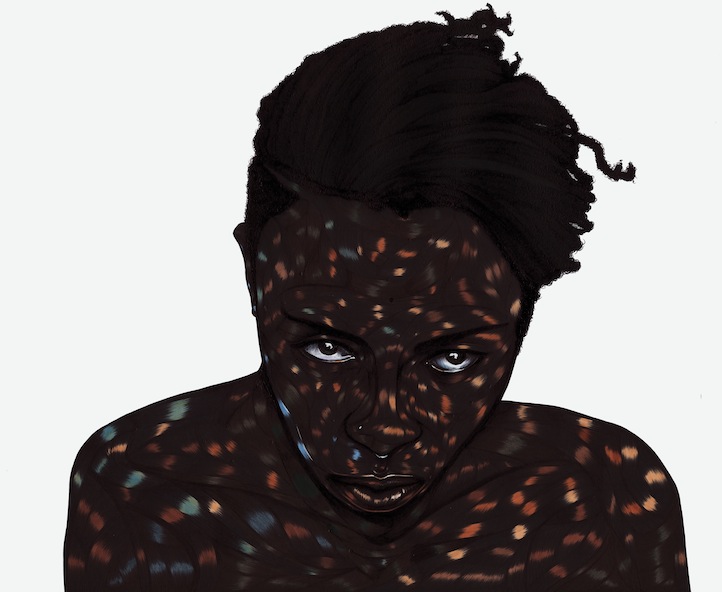 In the series of self-portraits All These Garlands Prove Nothing, Odutola sifts through her various hairstyles to examine their meaning on both a societal and cellular level. While the premise centers on the politics of hair, it is in the striking eyes that hold the viewer’s gaze. What each portrait contains is a nuanced quality that seems to capture a singular moment in time. In the work A Constant Wrestle, she uses marker on black board to focus on intertwined hands, cast in two distinct bronze shades. The series Come Closer: Black Surface. Black Grounds is composed of black ink on black board, intended to provoke thought about the nature blackness. Each of the works in My Country Has No Name has an intimate effect, but woven together in the larger context speak to a broader narrative about coming to terms with self through the age act of putting pen to paper. It’s a remarkable show that summons the universal sense of yearning.