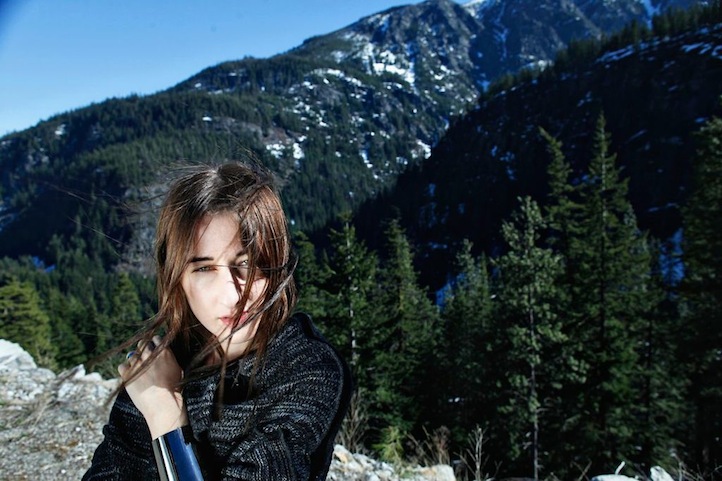 The true art behind a memorable album is its ability to paint a vivid picture for the listener. Whether the impression from the album is created via intense guitar riffs, seraphic vocals, or another means lies in the hearer – but the outcome is made manifest by the artist. Nika Roza Danilova (Zola Jesus) latest release, Versions, is an auditory portrait unique to her usual instrumentation of choice. On Versions and the tour in support of the release, ZJ took a break from the electronic set that she is known for and opted to collaborate with renowned classical composer, J.G. Thirlwell. The result? An album and live set consisting solely of string arrangements of previously released tracks by Zola. When describing the force behind her ability to musically shape-shift, Zola stated, “The chase for the ultimate song or the hunch for finding that moment in creativity when I feel like I have something very unique – it’s that pursuit artistically that keeps me going.” The 24-year-old songbird wraps up the end of her autumn tour next week and is already working on her next musical project to be released next year.

Life+Times: My introduction to your music was actually the latest album, Versions. I’m glad I went in reverse order of your discography – starting with this symphonic “versions” versus the electronic based records. Was it a challenge or an organic process when you put this album together?
Zola Jesus: Oh no, it was very easy. My whole life I’ve wanted to work with strings, especially with an opera background. I just felt so easily confined to this system of overproduction and I was really excited to just chip all that away and just have good songs and embrace the integrity of the songwriting. I was really ready for it.

L+T: How was it working with J.G. [Thirlwell] on tour?
ZJ: It’s been really good.

L+T: What would you say is one of the highlights that you’ve experienced from touring with him and putting together the album? What’s a key takeaway that you’ve gained?
ZJ: Just inviting someone into the process is very different, because I usually write and produce everything myself and sort of bring him in as an arranger – he’s really kind of remixing the songs. I had to give up a lot of control. It’s the first time I’ve really allowed myself to do that. I think it’s really necessary to put faith in other people in order to grow because you learn so much about yourself and they force you to do things that you otherwise would never do. So, because of that J.G. was just the perfect match. 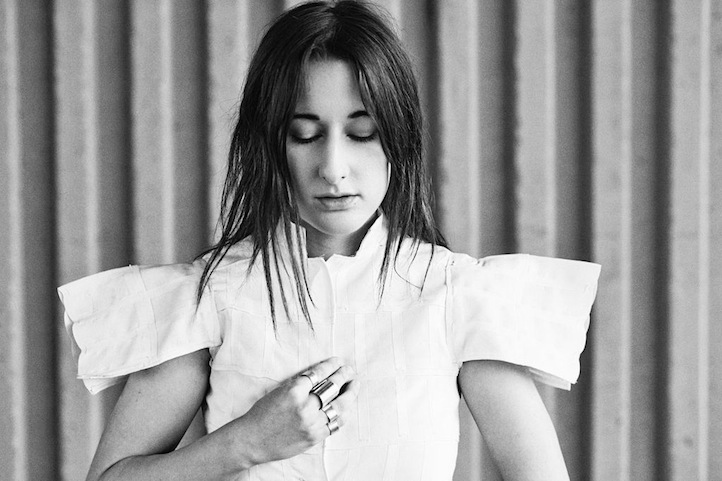 L+T: What made you decide to work with J.G. particularly?
ZJ: We linked up for the string arrangement. I was aware of him beforehand because I’m such a huge fan of his work. He used to perform as Foetus. I’ve listened to him for a very long time since I was in high school. I’m a big fan. I knew he’d do the arrangements justice. It was an amazing opportunity to work with him.

L+T: I agree with you on that. Your voice range compared to the other albums is different. Electronic based instruments involve synths and are the clothes of the record. With Versions, the music is more exposed and raw. I’ve read that you’re already working on your next project. Is that true?
ZJ: Yes.

L+T: Can you talk about it?
ZJ: Yeah…well actually not really simply because there’s nothing that I could say that would be definite yet because I’m still so much in the process of creating it. Yeah, I’m working on new material and I’m hoping to have it out next year.

L+T: Albums are like diaries. Do you ever look back at some of your past records and reflect?
ZJ: Oh yeah! Even when performing some of the songs on Versions that I wrote years and years ago. I’m able to attack them in a different way because I’m on the other side of them now. I can look back at them. It is kind of like a diary in a way with certain parts of my life. It feels, like, very autobiographical to go through Versions which has been comprised of mostly all my past records. You can see the process.

L+T: How has listening to those different songs helped you to personally progress?
ZJ: Well, I think that just revisiting the songs and revisiting the content of the songs – what they mean and what I felt when I wrote them – it’s just very cathartic. It’s a very cathartic experience to be a songwriter for that reason. It feels like my redemption or something.

L+T: You’re from Wisconsin and you’ve travelled all over the world at this point. How do you think your background and also your experience with touring has helped shape you as an artist and an individual?
ZJ: I think performing so much and travelling so much, it matures you very quickly because you’re constantly alone or you’re having to get from point A to point B. I’ve been doing that for years and years. You become very independent. As a person, I think it’s made me so much stronger. It has given me so much more conviction in what I want. It takes so much self-initiative. That’s why it’s a hard life for a lot of people.