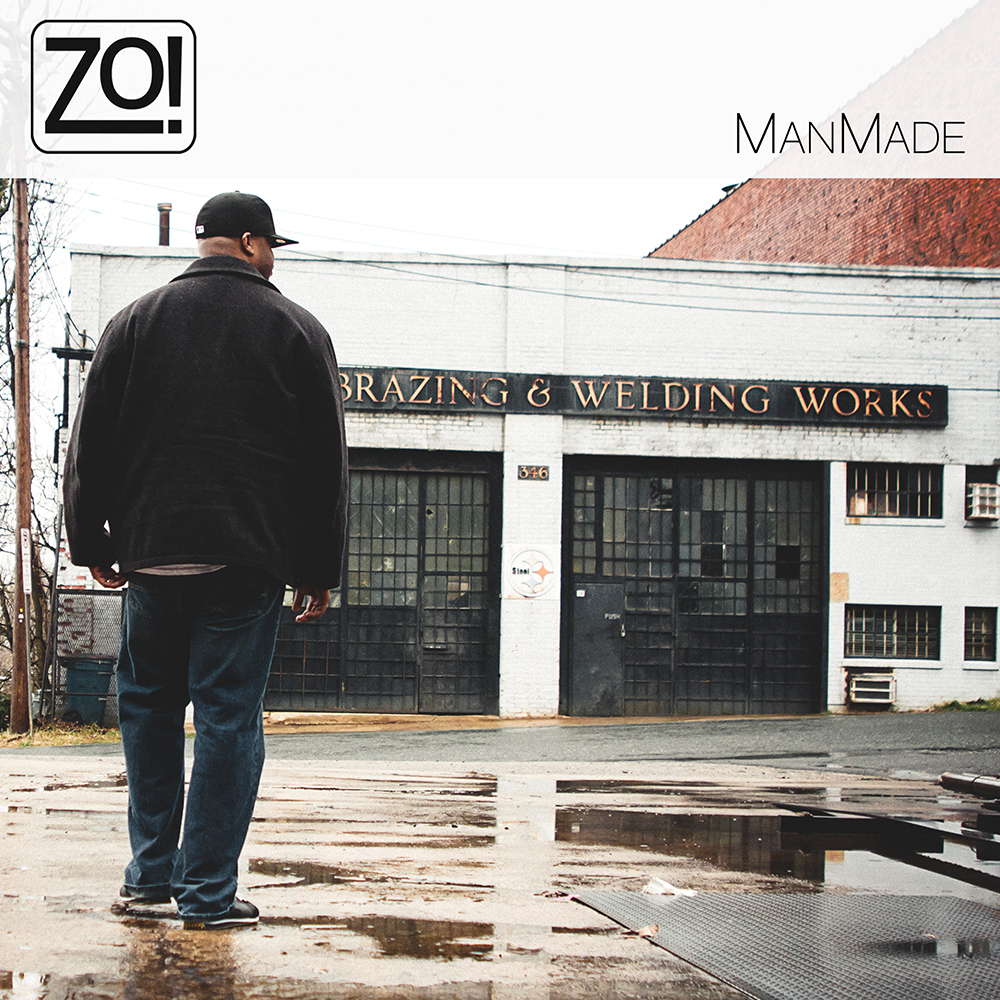 Multi-instrumentalist Zo! is best known for his work with Phonte and Nicolay of the Foreign Exchange collective. Even when he’s not working in the background, however, he’s still capable of crafting the same kinds of mature, soulful grooves FE is known for, which is what he does on his latest project, ManMade. While he doesn’t contribute any vocals, he supplies all of the instrumentation. Life+Times caught up with the Detroit native to discuss ManMade, his creative process, working with the Foreign Exchange and more.

Life+Times: Tell me about your upcoming sophomore album, ManMade. How is it different from your first album and what can people expect to hear?
Zo!: It’s my sophomore full-length album with the Epic music imprint, a follow up to SunStorm, which was released in 2010. With this one, you probably hear a lot more musical growth as far as risk-taking, kind of being able to step out of the box a little bit. On the first single, “The Train“, it doesn’t really sound like anything I’ve ever done. A lot more uptempo, more of a dance-oriented feel. More growth, more maturity; I’m also a full-time musician now, so hopefully you’ll be able to feel that in it as well. I think it really came together and I’m definitely proud of the final product.

L+T: Talk about the creative process when you’re putting together an album that you’re not singing on but you have a lot of different artists featured. Do you make the instrumentals, then find the artists?
Zo!: It’s basically that. I usually come up with the instrumentals, the musical concept, and then once I finish with that, I call up Phonte. Me and Phonte talk about it a little bit, who he hears on it, is it a male vocalist or female vocalist? Once we narrow that down, then it’s “what tone of voice do you hear on it? Soprano, baritone?” That type of thing. We match it up and then reach out to who we really want on the track. On this album, Phonte wrote a lot of the album and the lyrics, so he and I shared producer credit because if he’s referencing, he’s also producing the person who’s on it, as well as giving  his opinion on what should be added, taken away, etc. That’s pretty much the creative process. It was really the same the entire album. Looking back on it – it’s funny now in 2013 – we’ve [me and Phonte] been working almost eight years. So now that we’ve got into the rhythm and got into the groove, knowing how each other works, the pace and the process, it’s not something we’re trying to break anytime soon.

L+T: What are all of the different instruments that you play, and how does being a multi-instrumentalist help you put together records?
Zo!: I started off playing piano when I was young – maybe five or six, I can’t remember. Started young with lessons and learned how to play by ear at age 11, and that’s when it got fun to me. I didn’t start picking up other instruments until I was in my mid-to-late 20s. So I picked up bass next, then drums and I always fiddled with guitar because my father plays. It’s still my weakness because I never really put any time in it. But bass I would say is my secondary. I’ve gigged on drums, but I’m definitely not a drummer. I’ll play in the studio where I can start over. Same with guitar. The advantage of being able to play and record all these instruments is, 1. You don’t have to hire out; 2. When I have a sound in my head, or a certain way something needs to be played in my head and I can hear it clearly, to be able to get on that instrument and express it the same way I’m thinking about it is a big advantage. It’s also a gift in producing to be able to talk it out to somebody else. If you can eliminate that stuff, that’s a huge advantage.

L+T: Talk about the first single, “The Train”, and the chemistry you have working with Sy Smith?
Zo!: Sy is dope. We were introduced to each other by a mutual friend of ours in Chicago. He put us on the phone – this is 2007 – and we ended meeting face to face in 2009 and started working from there. It’s funny because she and I have such a musical chemistry that it’s really no accident that she’s been on the first song on my last four albums. So she’s definitely someone I respect, not just as a friend but as a professional. She’s very easy to work with, knows her way around the studio, she’s been around any and all superstar musicians or artists that you can name or think of, so she’s been there, done that. But she’s ready to work so it was pretty easy to go out on the road with her and perform as “Zo! And Sy Smith”.  We’re kindred spirits as far as musicality goes because we definitely are really free with our creative expression and I think that shows on stage. Our love for the music shows on stage, all of it, our friendship. You’re able to pick it up as a crowd member. I think it also came through on “The Train” because when I made that music, she was the only person that came to mind. She’s fun and it comes out in her music, so “The Train” was natural for her. I remember her turning that joint around in a couple days, it was nothing.

L+T: How has working with Foreign Exchange helped you grow as an artist and how you might have rubbed off on them?
Zo!: It’s both ways. It’s real dope because I come from a sports background – I played baseball through college – and that competitive spirit doesn’t leave. So even in making music, you want to have folks who are close to you, friends of yours, who can give you that edge as well. For example, if I’m on Twitter and I see Nicolay tweeting about “Just finished up a studio session,” or, “I’m in the studio,” it’s like, “Yo, what am I doing? I need to get down to the studio.” If ‘Te [Phonte] calls me like, “Yeah, I just finished up this verse,” I’m like, “Yo, I need to be working too.” At the same time, they’re also creatively free. They’re not afraid to break rules. On my end, it’s loosened me up a little bit creatively, made me a little less afraid of testing waters outside of my comfort zone. The saying, “iron sharpens iron”. When you’re around cats that are professional and just as hungry and competitive as you are, the last thing you wanna be is the weakest link. You wanna do your part and then some – “and then some” would be also inspiring them as well. You want to come with your A-game 100 percent of the time.

L+T: How does being from Detroit seem to pull the soul out of all of the artists that come out of there?
Zo!: What I think it is now, especially being away from the area, is that the area is very blue collar and very cut and dry. We have a lot of very passionate people. If you ask somebody where they’re from, and they’re from Detroit, they will tell you about it in the first five minutes of you meeting them. I think that carries on in what we do musically. Like I was saying about being around the Foreign Exchange and making sure you keep your game up and come with your best stuff. Anywhere you go, you hear folks – even if they’ve never even been to Detroit – dogging Detroit, dragging it through the mud. But it’s like, “I’m crushing your favorite producer though,” or “I’m making music better than your favorite artist.” I don’t know what it is. Maybe our city has a competitive creative spirit as well. In my household, me and my sister grew up off the Motown sound. Even though we weren’t old enough to be in that era, my mother brought that era to us. My father put it over the edge with more stuff like Funkadelic, Ohio Players and things like that, more of the funk side, so I can also credit my household and the music that I listened to at the crib for pulling that out as well.