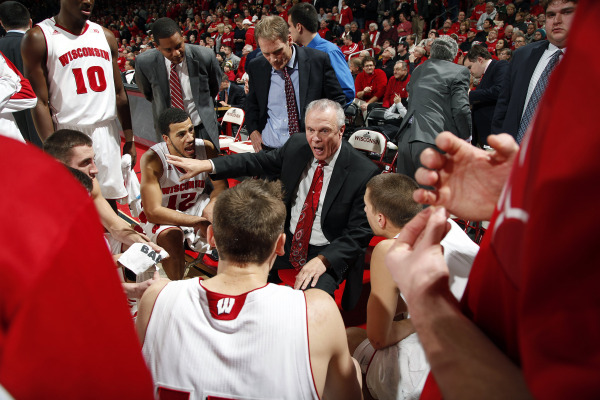 In a year full of change including conference realignment and new-face freshmen dominating headlines, there are still some constants in college basketball. One of which is the continued reign of the Big Ten, home to Ohio St., Michigan St. and Wisconsin, three of the top five ranked teams in the country.

The Buckeyes and Spartans have been mainstays atop the polls for years. Wisconsin, off to a 15-0 start, is new to the party. With the top RPI, and wins over Florida, St. Louis, Virginia, and Marquette, they’ve faced some valid challengers. Known for their methodic offensive play and stingy defense, the Badgers are still great at taking care of the ball and stopping opponents. Patient, team-ball has long been their formula. In Bo Ryan’s 13 years, the Badgers have never missed the NCAA tournament, advancing to four Sweet Sixteens and one Elite Eight.

“Just as someone who enjoys basketball, I really enjoy the way their group plays,” Northwestern coach Chris Collins said after his Wildcats suffered a 76-49 loss at the hands of Wisconsin. Collins, a long-time assistant at Duke for Coach Mike Krzyzewski, has certainly seen his share of great teams. Continuing his Wisconsin praise, he said, “They have experienced guys; an outstanding talent in [Sam] Dekker, who I believe is as good as anybody out there and can play with anyone. Then you add guys like [Ben] Brust, [Frank] Kaminsky, [Josh] Gasser, obviously [Traevon] Jackson, who’s a tough-minded, really smart player. They’re all old, they’ve played in a lot of big games, they trust each other, they feed off one another, they share the ball, they’re locked in defensively. You have to respect that. They’re well-coached, well-disciplined. They only had four turnovers and they take care of the ball. You have to be impressed with everything. You see a really good basketball team you appreciate it. It doesn’t mean it’s fun when they’re kicking your tail, but as someone who’s a coach and has been around it. I really appreciate the way they play.”

Veterans Brust, Gasser, Jackson and the 7-foot Kaminsky who have led the way, in addition to solid freshman contributions especially coming from strong power forward Nigel Hayes, who has stepped his game up in recent weeks. 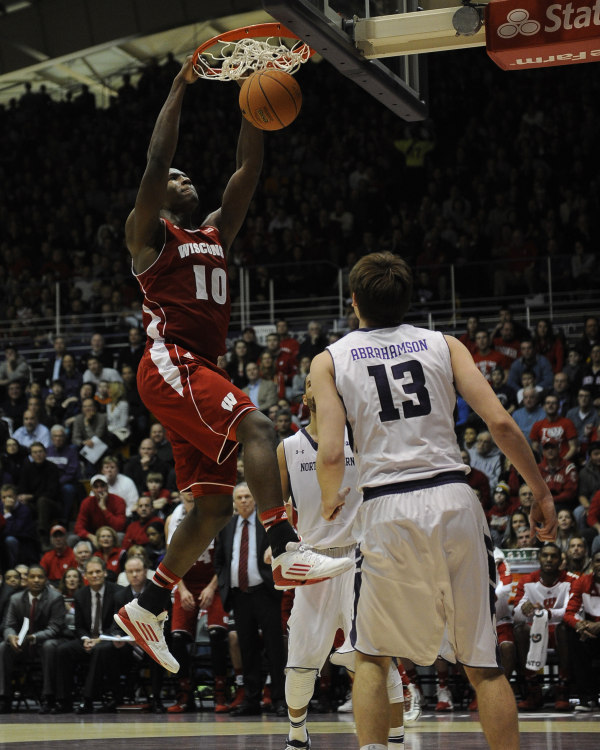 But even for the steady Badgers, off to their best start in 100 years, some restructuring has taken place this season. Gone are the deliberate, shot clock-long possessions that lull opponents, and sometimes fans, to sleep. Also gone are Kammron Taylor, Trevon Hughes and Jordan Taylor, Badger point guards of the past who would make bail-out plays late in the shot clock. The patented swing offense seems to be a rarity these days, in favor of a more open-motion with five guys often on the floor capable of shooting threes.

This year, the Badgers have shot more threes, played at a faster pace and scored at a higher efficiency rate than ever before in the Bo Ryan-era. “I’ve always been pretty honest,” said Ryan. “This is an amazing group, to this point. It’s 14 games. When I say that, I mean they’ve found ways in some games to turn the tide, stem a run, manage to recover. They’ve been resilient, they’ve responded to hard teaching points, criticism, compliments. They listen.”

Wisconsin’s 1.22 points per possession and nearly 40 percent three-point percentage are tops in the Big Ten. At slightly under nine turnovers per game, they are the best caretakers in the nation. “There’s a lot that goes into that,” Ryan said of his team’s caution with the ball. “Guys trust one another with the ball. If I see you open and you’re going to the basket, I know the pass I need to make, because we practice it and read each other. You can tell in practice when a guy’s doing something well offensively and the other guys try to get him the ball. Defensively, if he takes a charge, they all pick him up. When you have that kind of camaraderie and communication, then guys aren’t going to really care [who gets the credit]. I thought there were only one or two shots where it looked like a guy might have been trying to get his. That’s it.” 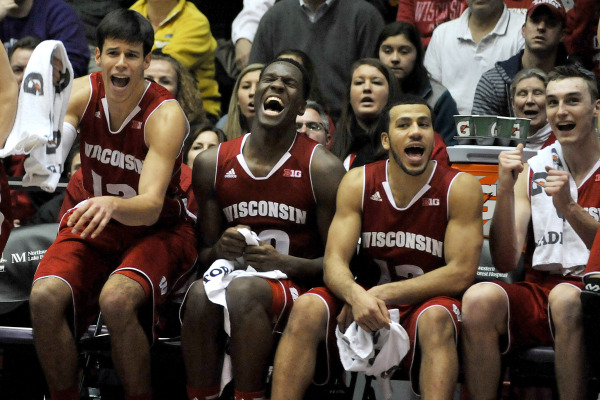 With conference play underway, it’s silly to expect the Badgers to remain undefeated as they move through the rugged Big Ten. Bo Ryan has been around long enough to know better than to get ahead of himself, and will simply remain in the present with his new-look team. “I’m still trying to figure that out, [how this team compares to former teams]. I just want to keep trying to build and give them the teaching points and build off what we have going. There’s a lot of good teams in this league, and it’s gonna be a wild one.”