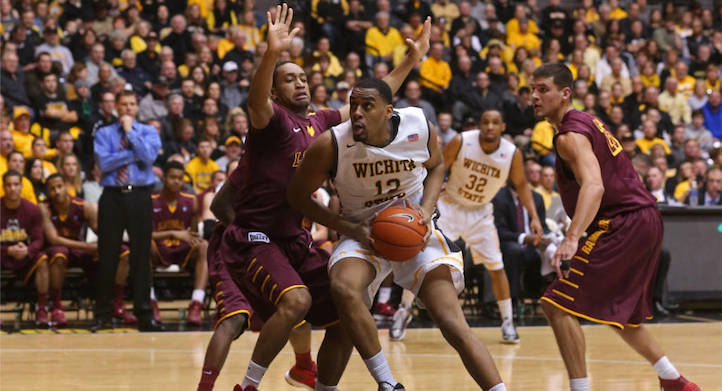 For all the chatter about the Kansas Jayhawks and Andrew Wiggins and Joel Embiid and NBA teams tanking, the best team in the state of Kansas – and the country – is Wichita St. The Shockers (29-0, 16-0 Missouri Valley) are the last undefeated team in the country, with a pretty good chance of entering the NCAA Tournament with the same distinction.

More than records or rankings, their play is what has done the talking. The Shockers returned several players from last year’s Final Four run and currently lead the Missouri Valley Conference in 16 of 21 statistical categories. They are the nation’s most balanced and complete team: pure point guard, good outside shooting, great athletes, long shot-blockers, maturity, and a team-wide commitment to defense and rebounding. There’s no gimmicks or special formulas… they just wear you down.

“These guys are a dream to coach,” says Wichita St. head coach Gregg Marshall. “First of all, they’re self-motivated. I’m the secondary motivation for these young men. They’re born to win. They do everything you ask them to do on a daily basis whether it’s film study, weight training, or practice. They work hard every day and they just grind, just like the coaching staff. They grind and they want to be special.”

“We just have a group of guys that have each others back, we’ve got a good coaching staff and we all stick together,” says Shockers’ forward Cleanthony Early. “We all believe and work hard. I think that’s what it takes to be successful in life.”

Early leads Wichita St. in points (16.2) and rebounds (6.3), and may be Wichita St’s best player among a litany of key contributors including Ron Baker, Tekele Cotton, Darius Carter, but none are more important than sophomore point guard Fred VanVleet. On the season, he’s filled the stat sheet with 11.9 points, 5.2 assists, 3.9 rebounds, 2.0 steals per game and a 3.7 assist-turnover ration. In a recent game against Loyola-Chicago, he had a perfect night. 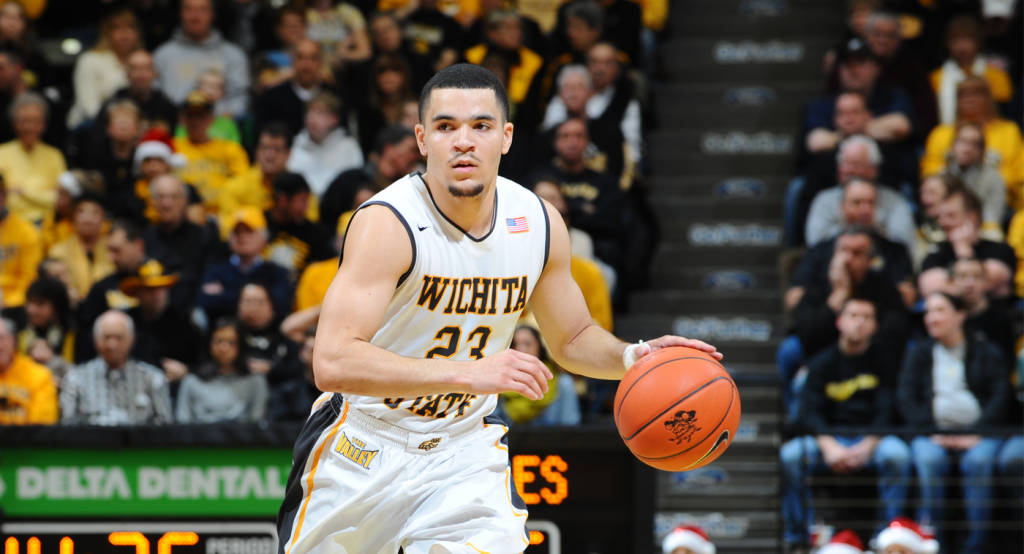 “You can’t feel more confident than I do when he’s got the basketball in his hands,” Marshall says of VanVleet’s Loyola performance. “He’s so tough, so smart and so heady. Basically a perfect stat line: 6-for-6 from the field, 10-for-10 from the line, eight rebounds, 22 points, six assists and one turnover.”

“I felt a good flow and the way they were guarding the ball-screen, I was able to make my first few jump shots,” says VanVleet, who also leads the team in minutes. “That boosts your confidence a little when you hit the first couple. I only took six shots but I was still trying to be aggressive and find guys. I wasn’t doing anything different than what I normally do.”

Leadership can’t be measured by a number, but that is his greatest asset, marked well by the accountability and responsibility he assumes as the PG. “I’ll take responsibility for the first game [this season against Loyola],” says VanVleet. “I played really uninspired and had a lack of energy. I had a decent stat line, but that’s not the type of basketball I want to play. When your point guard is not playing his game, it takes an effect. So this time, I just wanted to come out and play, set the tone early, push the pace a little bit, play our tempo.”

The team has taken on the personality of their coach and point guard, consistently and simultaneously playing with intensity and poise. On the court and in the face of the mounting national attention that comes with each win, they are never rattled yet totally vigilant at the same time.

“I don’t think it bothers these guys,” says Marshall of the pressure being the last undefeated team. “They’ve done a tremendous job of just getting to the next game. We’ve been playing one-and-done basketball since almost this [same] time last year. You can lose to anybody any night in college basketball. The other team has a coach that I’m assuming gets a decent salary; they’ve got 13 scholarship players and when that ball is tossed up, they want to win. It’s what we’ve been saying all along: every single night in college basketball that you’re playing another Division I program, it’s a potential loss, especially on the road. These guys find a way.”