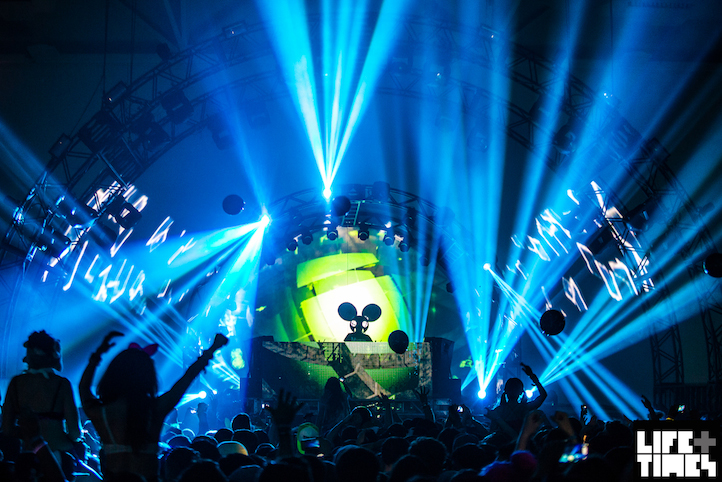 It’s the last weekend of 2013. I’m amidst an army of ravers from around different parts of North America heading to the Dallas Convention Center for the 4th annual Lights All Night Festival. It’s not my first time in Texas, however, it is in fact my first time to attend an “EDM” (I cringe at “EDM” and rather spell it out as “electronic dance music”) festival in Texas. As I enter the colossal-“everything is bigger in Texas”-sized venue, I am surrounded by a melting pot of scantily clad dames, costume donning bros, sprinkled with the overdressed VIPs that look more prepared for bottle service at a club versus a massive 10-hour rave they were about to indulge in. My initial thought is, ‘This is nothing more than EDC (Electric Daisy Carnival) in Texas’ – but the show must go on. 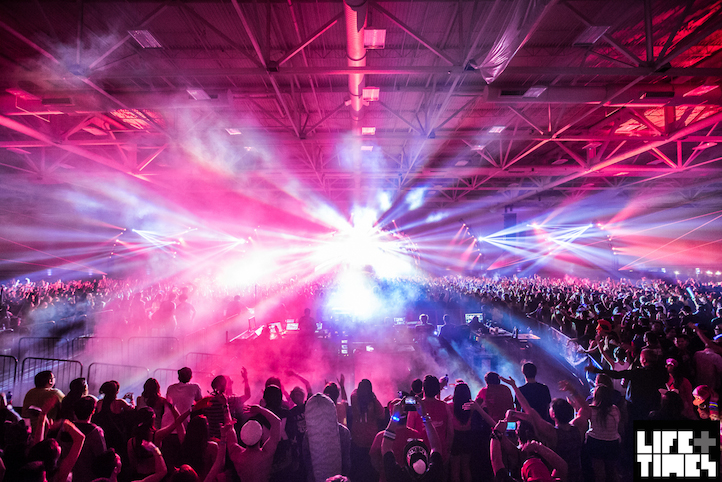 The lineup was a mix of world renowned DJ-producers such as deadmau5, Major Lazer, Paper Diamond (just to name a few) and on-the-verge artists. Much like the Pope and his awestruck visitors at the Vatican, people stare in adoration and cheer for the performing DJ – not me. This is my time to absorb the human Candy Crush environment and take in each music note from the speaker as it invades my personal space. LAN consists of two main stages: Boombox – which was aptly shaped as a giant ghetto blaster – and The Mothership. “Chris Sorlie is our production manager. He’s also production manager for shows like TomorrowWorld, Sensation, [and] a ton of other major mainstream festivals as well,” states Highland Concerts CEO & Talent Buyer Scott Osburn. Highland Concerts and MCP Presents are the masterminds behind LAN. “What we’re really trying to do this year is trying to do different concept designs that’s different than what everybody else is doing. The Boombox came together after an idea that he put together to do projection and not as much LED and I think took after some of the ideas that might have been floating around from these other festivals he’s had. Every year we’re trying to do different stages and different setups to make the experience unique,” he adds. Lasers, liquid bubbles from the speakers, perfectly timed CO2 smoke, a monsoon of confetti, pyro (fire always takes a show to another level), and long streamers add an extra spice that has the 18+ crowd positively riled up. 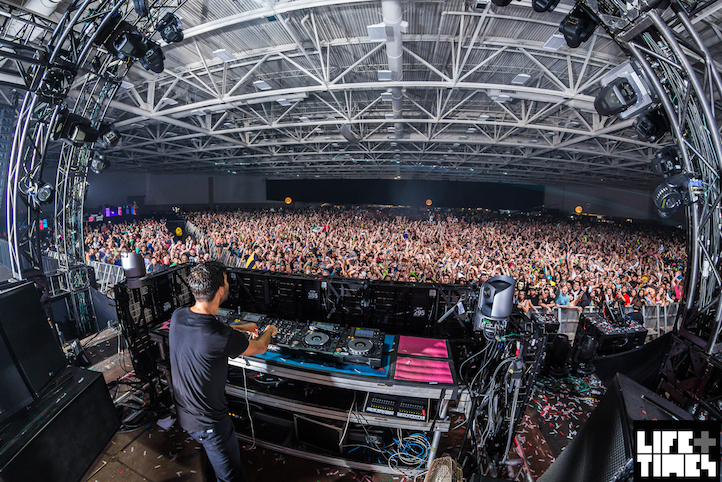 Along with the two main stages is the incorporation of the Silent Disco. This is an addition that many festivals, even those that are non-EDM related, are beginning to include as a mini festival within a festival. Regional artists perform live as it’s projected through wireless headphones worn by the audience. Though it’s not particularly engaging, it’s a unique way to check out emerging DJ-producers. As I peruse the Dallas Convention Center, I become even more impressed by the lack of sound clash from the two main stage areas – all separated by a gigantic black velvet curtain and room size. “Sound treatment curtains,” Hank Keller, President & Talent Buyer of Highland Concerts, says in response to my curtain and sound inquiry. He further adds, “Those curtains are designed particularly for that reason.” I hardly noticed the two different halls and certainly couldn’t sonically figure out who was playing at the opposite stage. “The F hall is 200,000 square feet. To get sound into that other room there would have to be speakers pointed at the other room. The curtains really help tremendously. That swallows the sound,” says Jonathan Fordin, Principal and CEO of MCP Presents. Last year’s LAN was held outdoors at Fair Park in Dallas. Upon my arrival, temperatures outside are in a 35-50 degree Fahrenheit range. Thankfully, I’m glad the festival heads decided to host LAN inside a venue. “We wanted to go indoors because that’s where we were in 2011 due to weather. A lot of the attire here is loose clothing. So, it’s easier to keep them (attendees) indoors where we can control the temperature inside the rooms,” Hank states.

Then, I have a round table with the LAN organizers to further discuss the vision behind Lights All Night and why we will ‘follow the lights’ from Dallas to Mexico City. “We’ve always been focused internationally. The biggest thing for us is trying to expand because the saturation in the United States with electronic music. We want to try and branch out the brand internationally. So, that’s a big part of the plan,” Scott says. Highland Concerts partnered with Alive Entertainment and Disco Donnie for the Mexico City edition of LAN last week on NYE. Mexico is just the beginning. “We put a huge amount of time and effort into the Lights All Night brand and now as a young company this has given us a great amount of experience and [the] great partnership MCP Presents brought a lot of experience to the table to help us get this event to this level. Now, we’re going to start branching out into other types of shows in Texas and potentially across the country,” Scott adds. Highland Concerts isn’t strictly an electronic dance music oriented company. “We’re open to all types of genres of music. We’re gonna expand into a few more markets in years to come,” Hank says. 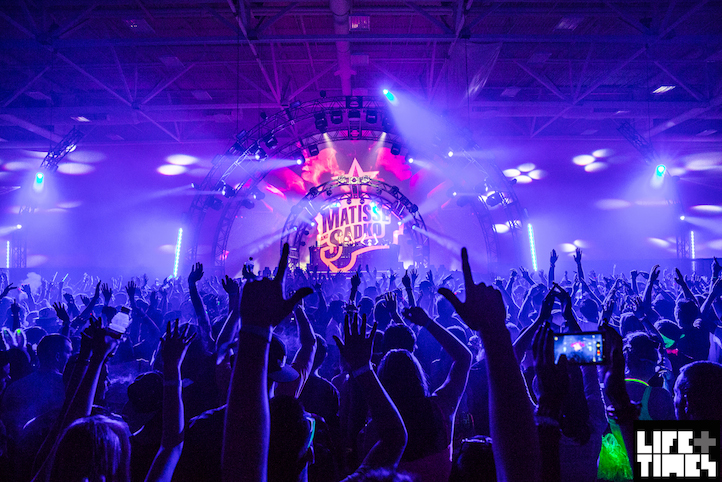 On both days of LAN, Friday and Saturday, I spent half of my time in the artists lounge which felt like a glorified frat house of DJs – a groupie’s dream and an opportunist’s playground. One after the other, after each set ends another artist joins in on the makeshift after-party with a drink and a genuine “Happy New Year!” verbally and with a toast. It is then that I understand why LAN is what’s next. Although it did not fall on December 31st, it did serve as the last festival experience of the year, and a  memorable one at that.