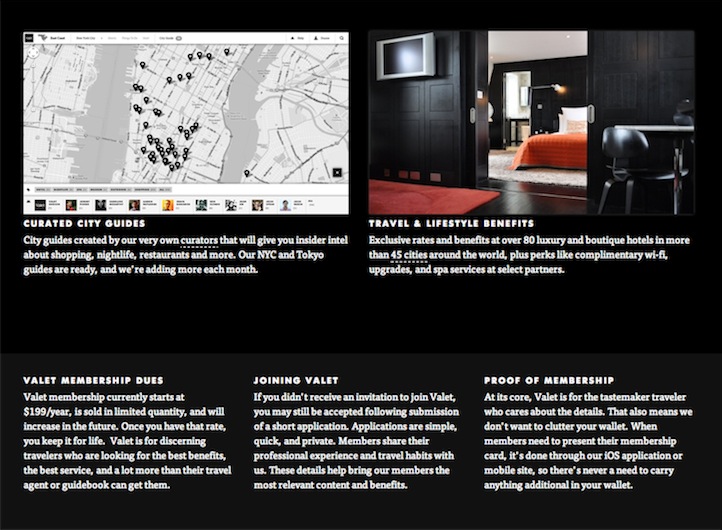 You could reminisce and raise a glass to the golden age of travel…or you could bring it back. If you fancy yourself a cultural creative and are fluent in frequent flier miles, then recently launched travel site Valet speaks your language. Travel in style with VIP status, members-only hotel rates, upgrades at more than 80 hotels around the globe – interested yet?

Founded by world-travelers and entrepreneurs Josh Spear and Aaron Rutledge, Valet features insider tips that aren’t just from anybody—the duo and their team have hand-picked creative tastemakers (artists, designers, and musicians) to act as curators and part with best-kept secrets about their cities. These curators choose their go-to hotels, as well as the beloved shops, restaurants, bars and insider spots that make up Valet’s comprehensive city guides.

Valet curators include influencers like Kensuke Yamamoto, the CEO of Sumally and a former editor at GQ Japan, who shares his secret soba restaurants in Shibuya, Tokyo, as well as underground art galleries and fashion museums not found in any other guides. Jeff Staple, the legendary New York designer behind Staple Design and founder of Reed Space, shares his Lower East Side food and shopping gems. Well-known watch customizer George Bamford, of Bamford Watch Department reveals his top boutiques and favorite eateries.

Hotels include a mix of boutiques like Ace Hotel New York, Mondrian in Miami and Los Angeles, and St. Martins Lane and The Sanderson in London, as well as five-star properties like the Ritz Carlton, Four Seasons and Park Hyatt locations around the world (Park Hyatt Tokyo is a curator favorite, and boasts an extraordinary Valet-only deal). Each property has been curated for the creative inside each of us and is chosen by a real, live human being, not a computerized booking system. 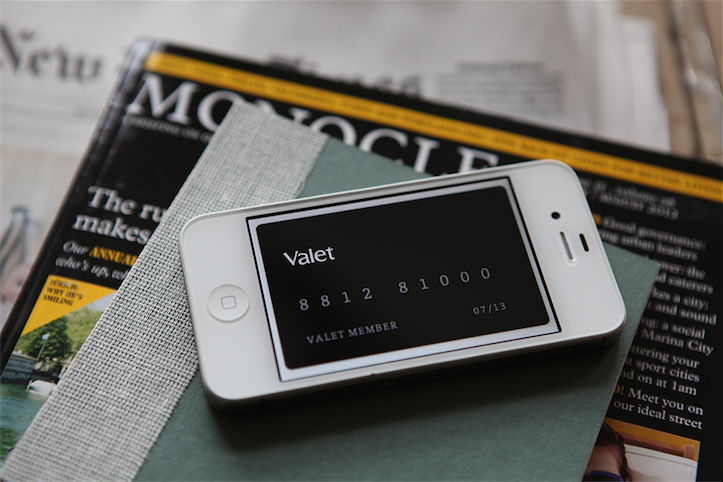 All of these carefully selected hotels, picks and more are spread across easy-to-use maps with addresses, phone numbers, and insider tips that are accessible via your computer, iPad, or phone. Ian Coyle and Duane King (of Nike Better World website design fame) designed Valet’s site, which uses all the latest Apple and web technology and is optimized to work with Retina-ready displays.

Membership comes at $199/year, and is acquired through a quick application and screening or through an invitation. The Valet team has set up the code LIFEANDTIMES to fast-track membership approval for readers of this site, for a limited time only.