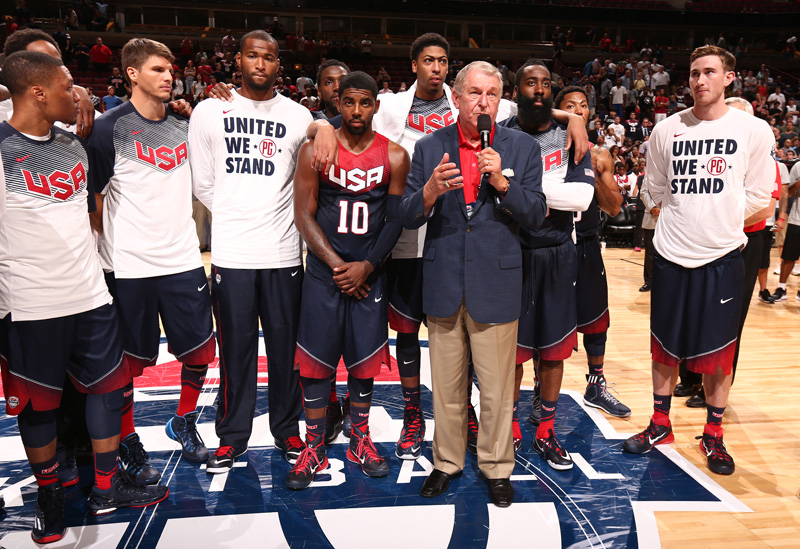 Last time Team USA competed in the FIBA World Cup (formerly known as the FIBA World Championship) in 2010, it was the catalyst to breakout seasons for many of the league’s elite players.

“Kevin Love, Kevin Durant, Russell Westbrook, [Derrick] Rose all had great seasons the next year,” ESPN’s Fran Fraschilla said during Team USA’s 95-78 win over Brazil in the first exhibition game. “One of the things about playing against the best in the summer is that you improve. If you do play in the summer against these guys, you will get better.”

This time around, Anthony Davis, James Harden, Kyrie Irving, Stephen Curry, Klay Thompson and Kenneth Faried are among those poised to use the USA Basketball experience to parlay themselves into career years in the NBA. As Head Coach Mike Krzyzewski and company continue to prepare the team for the World Cup and whittle their roster down to the final 12, player improvement is inevitable.

“I think you get more reps and you get to work more on your game,” said Davis after the team’s 105-62 win over Dominican Republic, their second exhibition game. “You do get to take what you have learned and practice it in a game situation with team practice. You get to showcase your skills, and it makes it easier playing with these guys because you can show them what you have been working on.”

Davis won an Olympic gold medal in 2012, but the game against Brazil in his hometown Chicago was truly his coming out party. He led the way in that contest with 20 points, eight rebounds, five blocks and some ridiculous finishes, dominating on both sides of the ball. Barring injury, he’s on his way to becoming a top-10 player in the league. “I feel very comfortable and very confident in my game,” he said. “I have a lot more experience than I had two years ago. I am trying to do what Coach K, the staff and USA Basketball wants.” 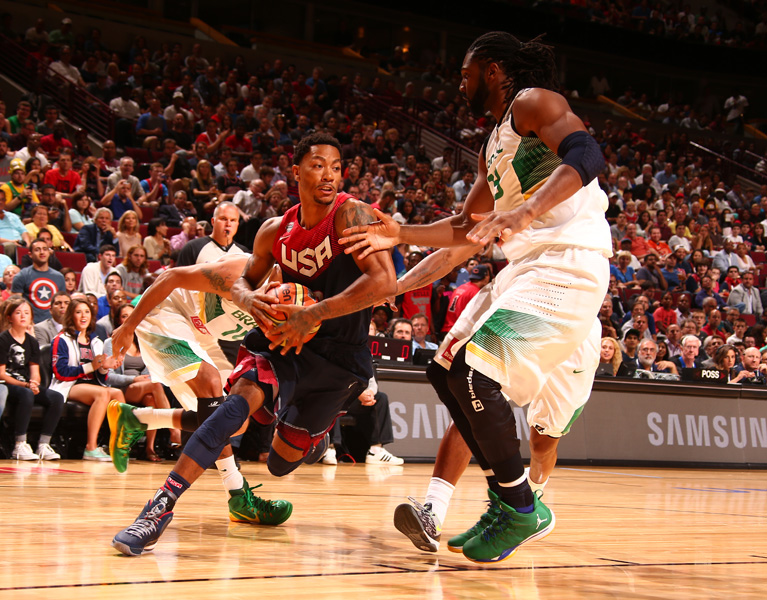 Rose, who played in 2010, should also be able to use the World Cup as a springboard, especially coming off two injury-laden seasons. Despite not playing against D.R. due to fatigue, he finished with seven points, two assists and some highlight finishes reminiscent of his 2011 MVP-form against Brazil. In front of his home crowd, there was a buzz every time he touched the rock; in New York, fans chanted his name multiple times even as he remained seated on the bench.

“It is [frustrating],” he said in New York. “Hearing the crowd chant your name four or five times. I want to be out there, but at the same time my health is the number one issue right now.” Starting in his place was Irving who has looked sharp, wisely picking his spots on offense, and playing with intensity and hawking the ball on D. Against D.R., he was 5-for-5 with 12 points, five assists and no turnovers; as sixth-man against Brazil, he had six points, four assists and three steals in 14 minutes. Harden has been, perhaps, the steadiest player thus far, scoring with ease, getting to the rim – and free-throw line – at will and taking on a leadership role on a team full of youth. 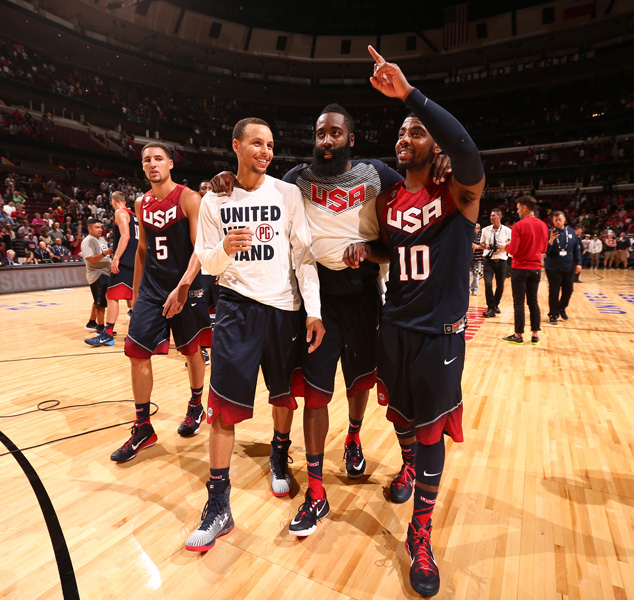 The entire Team USA operation is truly a beauty to watch. The ball moves, guys buy in, play unselfish and play D. Shooting nor size are premier points for the 2014 unit, and there is no Kevin Durant, LeBron James, Chris Paul or Blake Griffin, but speed and athleticism are abundant. The guard play is unmatched, and defensive pressure and activity – 14 steals, eight blocks and 20 forced turnovers against Brazil – is what they will continue to hang their hat on. “We try to pressure the ball on the defensive end, disrupt their offensive timing with our full-court pressure and just move the ball on the offensive end and make plays,” Curry said of the team’s guard play.

Rose (who should play in the next exhibition), Curry, Harden, Thompson, Davis, Faried, Irving and Rudy Gay appear to have comfortably placed themselves on the final 12-man roster. Four spots remain, then, for Demarcus Cousins, Chandler Parsons, Andre Drummond, Demar Derozan, Damian Lillard, Kyle Korver, Miles Plumlee and Gordan Hayward to battle for. “What we’ve tried to do is after every practice and every game – well each game, we’ve only played two – is sit down as staff, with Jerry [Colangelo], and put names on the board and combinations and figure things out, and every day it’s a little bit different,” Coach K – now 64-1 as head coach of the US Men’s National Team, including 52 consecutive victories – said after the Dominican Republic game.