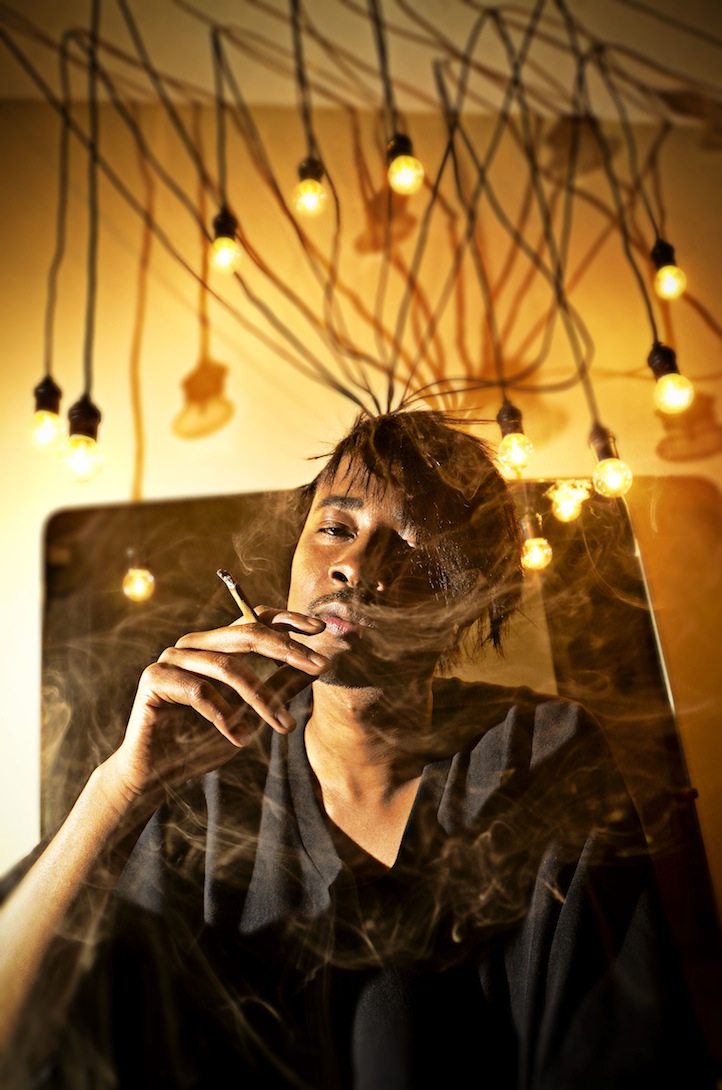 Danny Brown, “The Hybrid” as he calls himself, is to Adderall as Cypress Hill is to marijuana. The Detroit rapper refers to the drug often in his rhymes and sometimes uses it as a writing aid. Though the self-proclaimed “Adderall Admiral” doesn’t necessarily advocate or encourage its recreational use, he will give you a passionate personal testimonial about how this stimulant, used to treat ADHD and narcolepsy, altered the course of his rap career and changed his life. “I met this white bitch and she was on it and one day she was like, ‘Oh, I’ll bring you some Adderall and let you try it,’” he says over the phone from his apartment in suburban Detroit. “So I took the Adderall and I said, ‘Let me get a new notebook.’ I go to get a new notebook by the time I’m walkin’ back from gettin’ a notebook, the shit just starts kickin’ in and I can see streetlights five miles ahead— [I’m] just like superhuman.” Brown decided to put his new-found chemical inspiration to good use that night: “I get back to the crib and I put that beat on to the song “The Hybrid,” [and] I wrote that shit, dog. That shit [Adderall] made everything, I probably wouldn’t be here today if it wasn’t for that, bruh.” This, he says without any traces of shame or fear of consequence in his voice.

That’s how Danny Brown is when it comes to living his life and making music—unabashed, uncensored, unashamed and explicit. Take his appearance for example: standing six feet tall, he usually dresses in skinny jeans, a vintage thrift store top and sports a smile that’s missing its incisors—not what you’d expect a 30-year-old hardcore rapper from one of the nation’s most dangerous cities to look like. You also wouldn’t expect a former crack-dealer to gush about his love of indie rock favorites Arcade Fire and Sufjan Stevens or to sport an asymmetrical haircut that inspired the comical Twitter trend “#dannybrownshair.” For Brown, life is more about standing out than fitting in.

Brown has a penchant for the outrageous and the provocative. The recurring themes in his music are his love of receiving fellatio (see: “Dick Suck”) and performing cunnilingus, his affinity for pills and high-grade marijuana and sobering, vivid descriptions of the lives of the Detroit underclass (see: “Juno” and “Guitar Solo”). But let Brown tell it, it’s not that deep. The long process of finding himself has led him to the comfortable place he is now. “I’m old, I ain’t tryin’ to be in the streets no more, I ain’t tryin’ to fist fight a nigga, I’m not tryin’ to shoot no guns,” he explains. “All I’m tryin’ to do is get blowed and fuck with some hoes.” Sounds simple enough until you dig through Brown’s catalogue and find gems like “Drinks On Me” from his 2010 self-released album The Hybrid. The song is a three-minute meditation on alcoholism that finds him playing the contradictory roles of a dirtbag enabler trying to get a girl drunk at the club and a compassionate nephew caring for an alcohol-addled aunt. On “Generation Rx,” Brown, the ostensible proponent of pill-popping, muses about the prevalence of prescription drugs, finally asking if there’s a pill that’ll take away his own fear. Even the “Adderall Admiral” has to question himself sometime and beneath his “get pussy, get high” veneer lies a deep thinker with some poignant things to say.