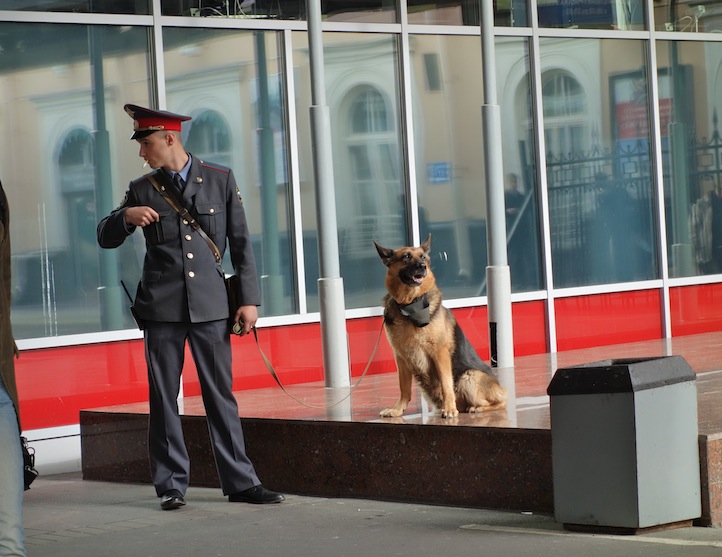 “One of our first major stops was Russia. We started in St. Petersburg and then took the train to Moscow. I knew the Russia gigs were going to be intense; they had just passed some archaic laws about gay propaganda. As far as I understand it, certain things like talking about or referencing homosexuality around people under 18 is illegal. On top of that, Pussy Riot had just been sentenced to prison. I knew it was important for us to play in Russia at this moment, but it didn’t make it any less intimidating. As I predicted, our visit was politicized. Once the interviews started and once I caught a glimpse of some of the papers, I realized that we were going to have to watch our mouths. We had to figure out a way to say what we wanted to say while keeping it between the lines. Being on stage in front of our Russian fans was exhilarating.”