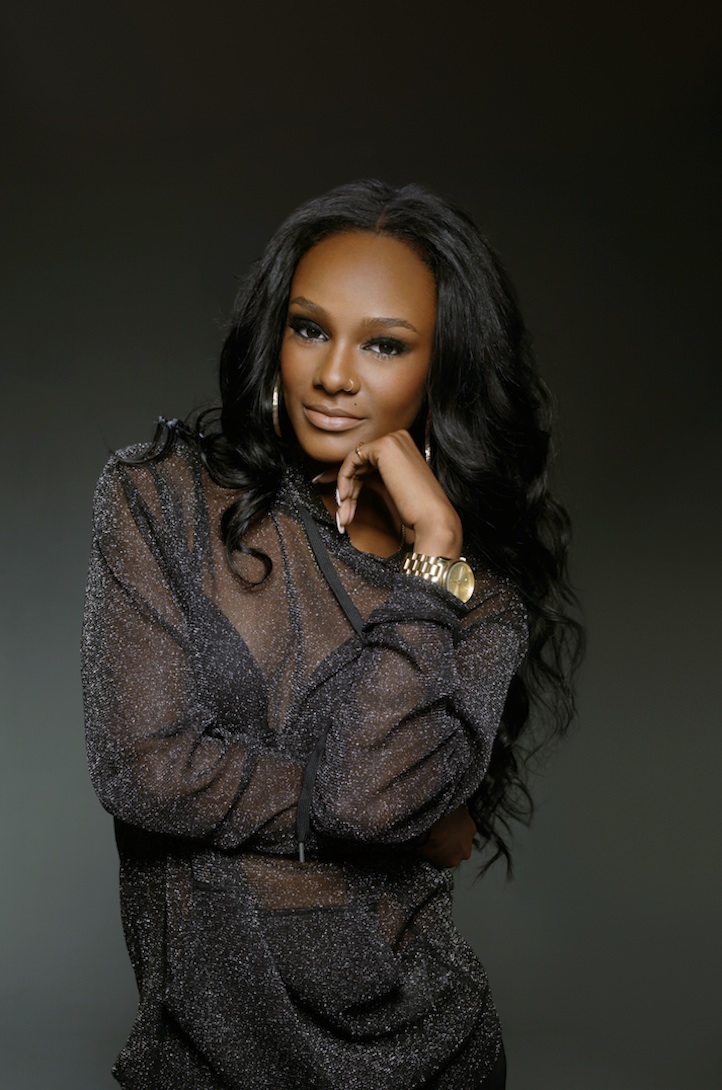 There’s been a recent wave of newcomers to the realm of R&B that have garnered success and built strong followings due, in part, to their unapologetic, yet very relatable lyrics. In lieu of offering the cliché tales of love and heartache that the genre has long been synonymous with, artists like The Weeknd, Jhene Aiko, Ty Dolla $ign, Sevyn Streeter, and August Alsina have opted to sing songs with real stories covering topics such as sex, drugs and unconventional relationships. “I feel like a lot of the new artists that are coming out are talking that real shit,” says the singer, songwriter, rapper and musician, Tiara Thomas, who’s also a part of this new R&B wave. “The fans are wanting to hear that real, and that’s what I’m hear to give them.”

Committed to making her music reflect the fact that she knows what she wants and exactly how she wants it, like on her latest single, “One Night,” the multitalented Thomas has chosen to handle the majority of the songwriting for her upcoming debut album, The Bad Influence. “I did most of the writing on my album,” she admits. “I like for my music to come out of my brain, because I know what I want to say.” Here, the Indianapolis native speaks with Life + Times about her debut album, wanting to write songs for Disney films and learning from Rico Love.

Life + Times: Were you a little nervous that people could potentially misinterpret the point you were trying to get across with “One Night”?
Tiara Thomas: With my music I tend to say things that you wouldn’t hear you typical female singer saying. The stuff that I talk about in my music is not untrue. I really feel like people need to hear a different perspective. I make music for everybody, but most importantly, I make music for those who want to hear something real and honest.

L+T: In “One Night” you say, “Remember some girls like simple.” How necessary do you think it is for guys to understand that sometimes doing too much is a turnoff?
TT: Sometimes you guys are just doing way too much [laughs]. You’ll see a guy on Instagram posting everything he has. If you got it like that, you don’t have to flaunt all of the time. That shit is just not cute and can be so annoying. Some girls like that, and that’s fine, but there are a lot of girls that just want a simple dude that’s not trying to do too much. Girls can do too much also, but I’m speaking from a girl’s perspective.

L+T: Could you explain the meaning behind your album’s title, The Bad Influence?
TT: Well, I decided on the title, The Bad Influence, because one of the first songs that I did for the album was called “The Bad Influence.” The record is basically talking about a situation where I’m telling a guy that he’s a bad influence. I feel like every girl has been involved with a guy that’s been a bad influence. She’ll keep messing with him even though he’s maybe not the best thing for her. I think every guy has had a girl that was a bad influence, and it doesn’t necessarily have to be a bad thing. A bad influence could also be something that makes you feel good, and that’s where I got my other concept from. I just feel like after hearing a lot of the songs from the album people will be like, “What is all of this stuff this girl is talking about?” Maybe they’ll listen and think I’m a bad influence, but at the same time they’ll see that I’m relatable.

L+T: How far along with the recording process are you?
TT: I’m pretty much done with the album. I still record though, because you never know. I could get a smash-hit at any moment that I think needs to be on the album. I’m about 90% done though. I did a lot of it over the course of this last year. I was trying to discover who I was as an artist. I signed my record deal really quickly. “Bad” blew up and I signed my record deal. For my debut album, I wanted to make sure that I had my sound together and that I had time to experience life and write about it, because I only write about stuff that’s true. I wrote a lot based off of my experiences over the past year or two. I can’t really write the songs like, “Ooooh I’m in love.” Well, I can, but I don’t want to do that.

L+T: Content-wise, what should fans expect from the album?
TT: It’s all real stories and real stuff. I will say that the album is not like “One Night.” That’s the first song we decided to go with, but I think once we start getting this music out and once people start hearing it they’ll see how all the music on the album fits together. There are the songs that fall in the same realm as “Bad.” A lot of the music on my album has a vibe. There aren’t many club records on there, but there are a lot of vibes, a lot of honesty, a lot of activities that I like to take part in and a lot of talking shit.

L+T: Last year, you released your Dear Sallie Mae EP, and it had no guest appearances. Do you plan on working with anyone for The Bad Influence?
TT: We’re working on a few surprises, but it’s definitely not going to be filled with features. I want people to get the chance to just hear me.

L+T: Much of Dear Sallie Mae was written while you were still in college. With so much having changed for you within the last year or so, has your approach to songwriting changed?
TT: Yeah, it has definitely changed. My EP was a compilation of songs that I had wrote while I was still in college and I just wanted to get those off my chest. I’m in a different environment now. My life is a little different right now, so I have different things to write about.

L+T: Has working so closely with Rico Love had an impact on you as a songwriter?
TT: Rico works really hard and works a lot. That motivates me to really hustle. Rico goes to the studio every single day and works all day knocking out songs. I’ve also learned to go into the studio and not necessarily think too hard about what to say, but to instead let it come naturally. I think those are the best songs. You can’t over-think the process too much, because you can turn into your worst critic. I’d rather things be organic.

L+T: You’re managed by MBK Entertainment, which has had much success with Alicia Keys and more recently, K. Michelle and Elle Varner. How did that situation come together?
TT: Actually, someone from Division 1 was telling me about this lady named Suzette Williams, who had worked with Lauryn Hill. They were saying how dope she was. They talked her up a lot. While I was in LA for the BET Awards I had met with Suzette. There was an instant connection. She was real cool. She then met me while I was in Miami and I played her some music. After that, while I was in New York I had met with the great Jeff Robinson. It just felt like a real family environment at MBK. It really made sense.

L+T: If you could write a song for any artist, who would it be? What kind of song would it be?
TT: I would really love to write a song for a Disney movie. That sounds really crazy, but I love Disney movies. I pretty much know every Disney song there is to know. I was also a choir girl and I love musicals and Broadway and stuff like that, so I just think it would be really dope to get a placement in a Disney movie. That would be really cool.