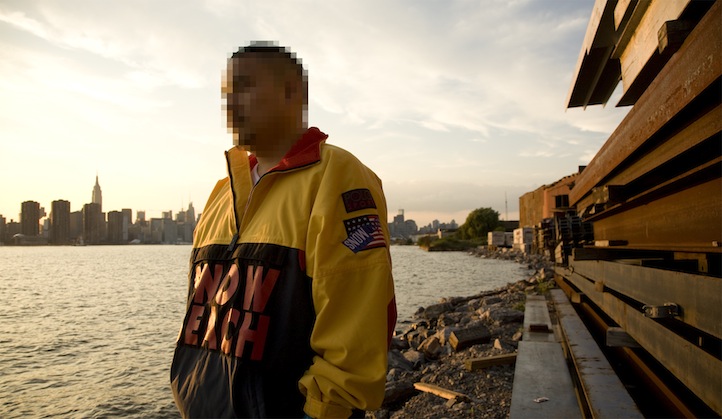 The term “influence” is thrown around a lot these days. Generally, it’s a term that applies to how many Twitter followers one has or what parties you can get into. However, for director and visual artist Kenzo Digital, “influence” is about moving culture, particularly with visuals. In addition to holding court at Weiden + Kennedy as a Creative Director, his work has appeared in the TriBeCa Film Festival, the Guggenheim Museum, Tate Museum, and National Gallery of Art. Most recently he directed Beyonce‘s live performance at the 2011 Billboard Music Awards and today releases his Kanye West film project. Life+Times caught up with Mr. Digital for an in-depth conversation about art, music, the narrative of the music video.

Life+ TImes: If you had to give one of your projects the most credit for getting you to where you are today, which project would it be?
Kenzo Digital: City of God’s Son is probably my favorite project. It was certainly the most ambitious and work-intensive. Effectively, it’s a Greek tragedy told through the lens of ’90s New York hip-hop culture that features JAY Z, Nas, Ghostface, Biggie, Raekwon, Samuel Jackson, Delroy Lindo, and Laurence Fishburne as a fictionalized cast. It is a concept project that really explores sound and music as a narrative format, and is a really unique and one-of-a-kind musical cinematic experience. It is a film created with a microphone instead of a camera. I created that to make a timeless piece of art that always lives on the Internet. The speed and scope of information consumption on the internet is increasing at an incredible rate, and with that acceleration comes the atrophying of consumer attention spans. This trend unfortunately causes a lot of well-crafted pieces of work to be overlooked by potential audiences, and, even worse, dissuade creators from even engaging in production because they feel that it’s a losing battle from jump. As an artist who heavily uses the internet as a resource for my craft, I’m most interested in creating timeless pieces of art that can thrive online despite the challenges I described above. I haven’t accomplished this yet, but hopefully, with time, I’ll be able to realize those goals.

L+T: What projects do you have going on currently?
KD: I’m about to release a dope video art concert series that I did for Kanye West. A lot of concert videos are very straightforward in their approach; this series is a cinematic, abstract exploration of Kanye’s live performance that really turns that concept on its head. Another project I was recently involved in as a producer was a documentary about street photographer Jamel Shabazz by [Wild Style director] Charlie Ahearn. Besides that, there are a few ideas I’m developing with Wu-Tang, and a couple of crazy TV and film concepts that I’m getting ready to shop around. Plus some commercial stuff I can’t really discuss.

L+T: The role of the music video has changed over the course of its coexistence with the music industry. Where do you think it’s going next?
KD: Not to sound nostalgic, but the dysfunctional relationship between the internet and the music industry has really taken a toll on any semblance of art that was once involved with the creation of music videos. Between the increasing affordability of video production equipment and how people consume content online today, music videos have almost been rendered formalities. They’re still viewed as necessary, but for no good reason other than “there needs to be a visual attached to the song,” so budgets and quality have been driven to all-time lows. That said, there are some incredible directors out there who are still making great work, and they continue to prove that innovative music videos can bring new life and meaning to a song. Spike Jonze’s video for “Otis” is a good example of how a simple visual can add dimensionality to a track. I’d like to think my video with Beyonce for her “Girls” performance achieved the same thing. In regards to where I’d like to see things go next, I’m always interested in how interactivity can play a more meaningful role in music videos… and of course, I’d love to see a resurgence in real narratives. People don’t tell stories with videos anymore.