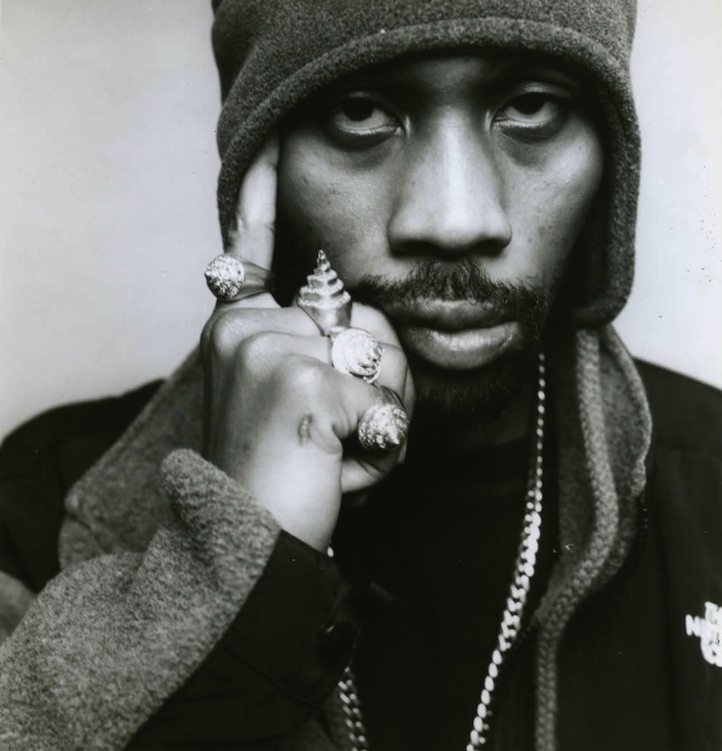 Back in 1993, I was watching the 1979 kung fu flick The Kid With The Golden Arm with Wu Tang Clan’s Enter the 36 Chambers played in the background. Enthralled by The RZA‘s injection of martial-arts music clips into the Staten Island crew’s debut album, I decided to make a bet with a friend that if any hip-hop artist could make a kung fu flick, it would be The RZA. Fast forward to 2012 and RZA is prepping his initial foray into directing a feature film with The Man With The Iron Fist. Apparently, the wager that led to me being laughed at wasn’t so farfetched after all.

“That’s crazy yo!” RZA responds with his distinguished laugh that sounds as if he unearthed it from a sinister kung fu master when I mention the two-decade old gamble. “I didn’t think I would have made a martial arts film back then. I was trying to make movies with my music. I did have dreams of making a movie but I didn’t think it would come to fruition because I didn’t have a foundation to start from.”

The acclaimed producer who crafted the soundscapes that set the Wu-Tang Clan apart from all hip-hop acts has always been infatuated with Asian action films and figured the best way to pay homage was by seamlessly including its influence in every musical creation he crafted. However, the idea that the artist formally known as Prince Rakeem could possibly direct a feature film was discovered during the filming of the 1997 music video for “Tragedy.”

“When we did ‘Tragedy,’ even though GZA was credited for directing the video, it was actually me,” RZA reveals while noting that GZA was the one who initially wanted to direct feature films. “That experience gave me a taste of what I could potentially do. It wasn’t until I began to study it and put my focus towards it that I could do it.”

As time progressed, RZA struck a friendship with film director Quentin Tarentino. Their shared affinity for martial arts and blaxploitation films blossomed into a working relationship. Tarentino was a huge Wu-Tang fan and RZA was enamored with Tarentino’s eye for directing. The duo worked together on Kill Bill as RZA crafted original music for the film. The acclaimed music producer then realized exactly what the next chapter in his life would be. “I literally asked to become his student in film,” RZA explains in a tone that suggests that he was the wide eyed pupil and Tarentino was his Sensei. Bobby Digital would join Tarentino at film festivals and spend hours at his home soaking in knowledge. It was there that he met Hostel director Eli Roth and the little film that RZA began crafting in his mind for the past half decade began to come to life.

“Eli and I had a trip together in Iceland right after Hostel was released and on the way back I had a conversation about my movie,” RZA reflects. He often refers to Roth as a fellow classmate who shared a similar vision with him. Roth thought that RZA’s film about a blacksmith in feudal china who crafted elaborate weapons but is betrayed had a ton of potential. All he needed to do was help RZA polish the unfinished script. “Eli spent over a year with me helping create this screenplay that could come to life.”

Once the script was complete, RZA went to work casting for the film. Film stars such as Russell Crowe (“Jack Knife”) and Lucy Liu (“Madame Blossom”) immediately gravitated to the film. But RZA needed a touch of authenticity and sought out kung fu film legends such as Return to the 36th Chamber star Gordon Liu and Ka-Yan Leung of Thundering Mantis fame. To top off the authenticity sundae with the appropriate cherry, RZA passed up on using the film studio of Machete director Robert Rodriguez in order to film on location in China.

“It was either build a studio on Rodriguez’s set and pretend we were in China or actually go to China,” RZA explains. “Quentin suggested we shoot it in CGI but after I saw the location in China we decided that we should go live it out in China.”

Listening to the RZA talk about the history of martial arts films and how he wanted his film to be an authentic homage piece is reminiscent of that nerdy biology student that gets entirely too giddy when deciphering formulas. The hardnosed street image that many are accustomed to dissolves as he often breaks into laughter when reflecting on all of the influence that went into his upcoming film. RZA often lets the conversation get away from him as he explains the influence of films such as 8 Strikes of the Wild Cat and the elements he borrowed from those films for his own. What starts as an explanation for how he came up with the various fighting styles in his film turns into a session of adoration for the bizarre.

“The scene where a nigga has a rat in his pocket stuck with me forever,” RZA says about 8 Strikes of the Wild Cat. He goes on to explain the films premise and his excitement can be gauged by the rising emphasis on the expletives in his sentences. “I have a rodent clan in my film. They don’t do the same thing but these motherfuckers keep rats with them!”

With his first feature film in the pocket, RZA turns his attention to the group that made everything possible. RZA reminds that next November marks the 20th anniversary of Enter the 36 Chambers and the idea that there may be one more album coming from the legendary super group.

“I really think we should come out there one more time, tour the world and definitely make an album to close the book,” RZA muses. “I think our chapter has always been left open but we should close the book, not shutting Wu-Tang down or anything like that, but close our era of it.”

Although plans have yet to be put in motion for a final Wu-Tang Clan album, RZA figures that it is time for the next generation of emcees to carry on Wu tradition. Meanwhile, he’ll continue the Wu saga on the silver screen and hopefully have the same success on a different medium.

“This first movie feels like Enter the 36 Chambers, the beginning of something great,” RZA says. “If I’m smart and continue my focus, instead of it being five classic albums in a row, I can make five classic movies.”