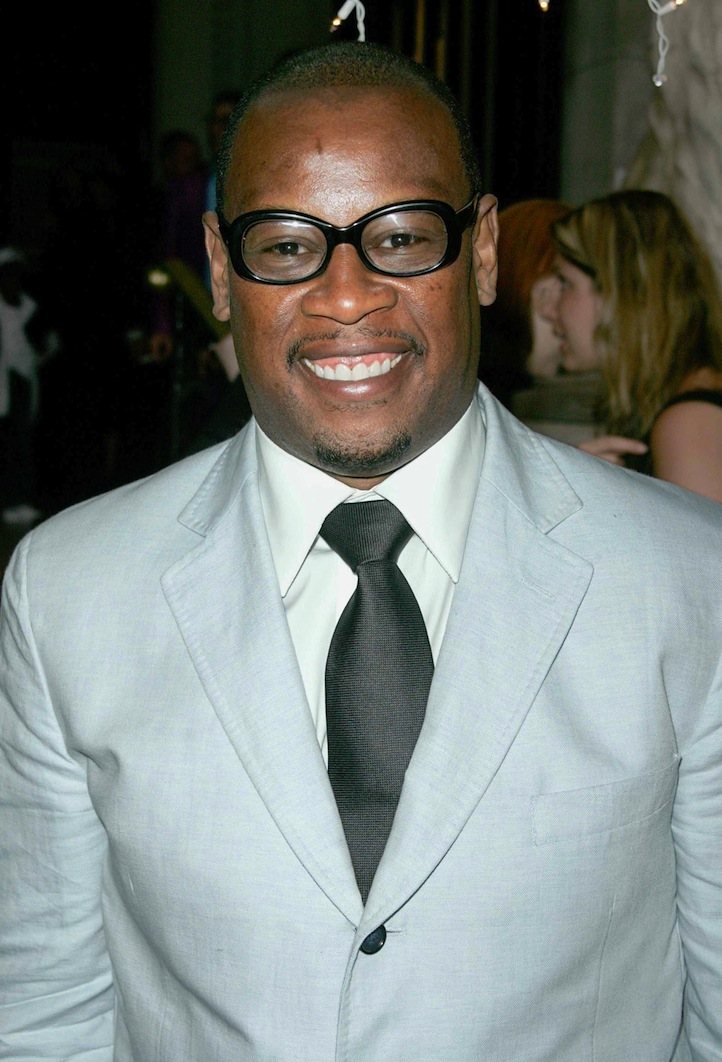 Andre Harrell is a music industry legend. With his label Uptown Records, he bridged R&B and hip-hop, dragging the former out of its suited-up synthesizer days and the latter off the corner and into the club. With a handful of classic albums by Guy, Jodeci and most importantly, Mary J Blige, he introduced the idea of a sound being married to a lifestyle. His artists moved through an informal Motown style finishing school that dictated the way their fans wore their hair, dressed and dreamed. He’s served as president of Motown Records, created a label with Babyface and remained a mentor to younger music executives including his protege, Sean “P. Diddy” Combs. His latest venture is Harrell Records where his group Hamilton Park‘s “Things Called Us” is chart climbing. He hosts a radio show called Champagne and Bubbles (Kiss FM) where he imparts his decades long message of aspirational ghetto fabulousness.

Life+Times: Explain to me, as if you haven’t a hundred times, how you came to coin the term, “ghetto fab.”
Andre Harrell: It was 1992 that I coined it, but “ghetto fab” was something I picked up from Harlem when I was a rap star. It was me looking at the hood, seeing the girl who could only afford one or two designer items. She’d have a Louis Vuitton clutch she wore with her Jordache jeans, but she was inventive and fresh and gave the look her own angle or flavor. Of course it was aspirational; you wear expensive clothes hoping to build on that wealth, this is before you can buy a car or a house, but still needed to shine. It extended to her hair, her fragrance, it was about making an immaculate statement about who they they were in the world. Everything was intentional and clean. I wanted my artists to be just like that girl from the hood, to have her drive and ability to project wealh, even if it was aspirational. I wanted my artists at Uptown – Guy, Heavy D, Jodeci and Mary J Blige– to be one season ahead of what everyone was doing and wearing and driving. But I always wanted one item they wore to let you know they were from the hood, but they were headed everywhere.

L+T: Tell me about deciding to let Puff have Big and Ready to Die after you’d fired him. Why didn’t you hold on to Big?
AH: Puff and I agreed on everything that Uptown released, we had the same taste in music. The only thing we disagreed on was Heavy D‘s “Blue Funk.” Rap had gotten darker with [Dr. Dre‘s] The Chronic and [Heavy D.], who was a party rapper wanted Puff take him darker. I was like “I don’t get this,” I just didn’t understand why you’d take an artist with wide appeal like Hev and make a record his audience wasn’t about. It ended up being Hev’s lowest selling album. It went gold. Before that he was a platinum artist. With Big it was the record where he stole the baby mama chain [“Gimme Da Loot”]. I asked Big, “Do you realize what kind of karma this is gonna bring you and Puff?” I couldn’t relate to the worker on the train robbing women, I asked Puff “Why isn’t Big the hustler giving out work? Why is he playing the guy on the front line?” When you play that guy then people want to test you to see if they can touch the armor, to see if you’re real.

L+T: You grew up poor in Harlem, but your son is finishing up at an elite private school in Westchester, he tweets about August holidays in Europe, do you ever have a problem relating?
AH: I’ve always been eclectic, [with] this cross of hood and skate culture; Pharrell and fashion isn’t foreign to me. But at the same time you got a generation coming up in a very hopeless period where jobs are a problem. We had an easier time than they will, in terms of going in to a typical career or even job as young adults. I think the kids today have to find their niche early. While they’re still in high school they have to start getting it on, they can’t wait until after college. At least that’s what I teach my son, to brand himself. I told him if he wants to be a designer and a DJ, then his friends should know him as a fashion and music head for years by the time he graduates from college.

L+T: What about yourself, what do you tell yourself to stay motivated in this business after all this time?
AH: The secret to longevity is to stay interested in the ongoing shifts in culture and business and to constantly challenge myself to stay ahead and relavent.

L+T: Which of the records you were involved with would you like to be remembered by?
AH: Mary J Blige’s My Life, The Evolution of Robin Thicke, Jodeci’s Forever My Lady and Guy’s Groove Me. (Andre Harrell)