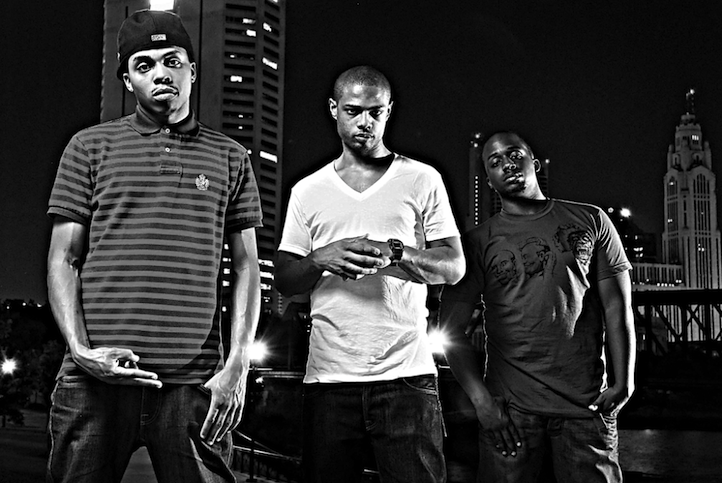 Many are quick to dub hip-hop’s current state as one of imitation, impatience and over-saturation. For Fly Union, a three-man collective from Columbus, Ohio, they’ve operated by some different mantras. “Good things come to those who wait” and “quality over quantity” may be cliché, but they’re spot-on in describing the group’s tactics. Most telling of all is the one of their own conception: TGTC.

“TGTC stands for The Greater Than Club. It started with shallow beginnings, but it kind of evolved into something more than what we thought it would be. The Great Than Club is just a way of life. It’s women, it’s life, it’s all-inclusive,” says Jerreau, the group’s most prominent lyricist.

“The Value Packs were just a way for us to make a niche without a lot of saturation, you know,” says Jerreau. “I think a lot of times you can drop one song and it can get lost on the internet. With The Value Packs, we dropped four or five songs to hold people over until the next one, then the next one, till we get up to six. We were able to collaborate with some up-and-coming artists, trade friends, trade beats. It was a good way for us to be innovative.”

While some of TGTC‘s cuts were a bit more refined, they generally didn’t deviate from the formula that has gotten them here. Handling almost everything in-house, from production to songwriting, Fly U is completely self-contained.

“Between the three of us, we handle everything from a production standpoint to all the writing,” said Iye, who tandems with Swiffa to form Monkey Wrench, a duo still covered by the Fly U umbrella. “From a creative standpoint, it’s just how we work, making beats and making songs as we go. It wasn’t really a centered effort to make this project, necessarily.”

“We’re kind of spoiled, because at any given time, there’s 150 beats floating around,” he continues. “So we kind of get to pick and choose, but before anything goes out, it goes between us. As far as the process, typically the beat will be done, or at least the rough idea, somehow come up with a hook or a verse, and then we just follow suit. Depending on the energy of the first artist, whichever one of us comes up with the first part of the song determines how it goes. It varies, but that’s the formula, though.”

“We’re very hands on,” added Jerreau. “Anything that’s out in the public, we put out because we wanted to. You can’t even get our instrumentals, and that’s by design.” (Fly Union)