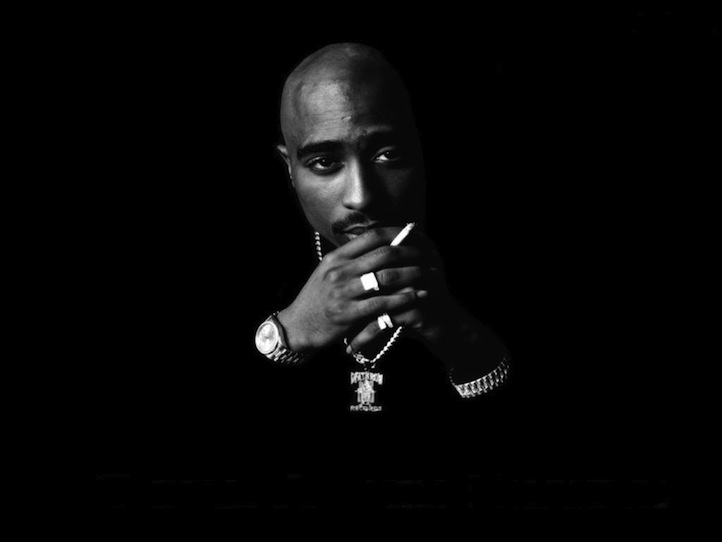 Tupac Amaru Shakur is a very touchy subject within hip-hop. While most acknowledge his passing, and some still hold onto the thought that he is alive, all are certain that none shall surpass him. Tupac is in fact alive, in the hearts of his fans and within the continuous influx of believers who discover/re-discover him through his consistent posthumous catalog. And yes, there will never be another Tupac. No one else will ever grip a mic with the bi-polar ferocity slash sentimentality that Pac did throughout his tenure in rap music. Tupac was a poet – whose bars reflected the angst of modern society coupled with his own personal demons dating as far back as his childhood.

Pac was Harlem born, migrated to the West, and eventually entangled himself in a war with New York City hip-hop that would change his relationship with the East Coast until his untimely demise back in 1996. People love to use Tupac and The Notorious B.I.G. as cautionary tales. Those who fear hip-hop point to Pac and B.I.G. as leaders of the foundation for rap’s “violent” behavior. Others will cite them as the inevitable conclusion to when beef hits the street. When Top Five Dead Or Alive lists circulate, you best belief either one or both always surface. When it comes to Tupac’s lyricism though, the reasoning is more right brained than left brained. His dexterity was obviously thorough (though B.I.G. purists will argue that Big Poppa’s was greater), but the strength behind his punch came from the charisma in his delivery. The enigmatic rapper was a complete package, where in today’s rap landscape, the population only exhibits fragments of Tupac’s mystique. So, who carries the torch?

Tupac was only as magical as the sum of his parts, but those parts are in fact present in current rappers today. The Game, for example, bleeds LA and has a temper that when fired up could ignite a small village and neighboring towns. Both he and Tupac share that ability to “snap” and then quietly return to their devilishly charming selves. Sure, there’s an air of subtle lunacy, but when it’s wrapped in boyish good looks, it’s often difficult to liken it to a sociopath. Another rapper with similar attributes is Eminem, though Em succeeds at injecting humor into his temperamental flow, whereas for the most part when Pac was mad, he was dead serious.

As fast as Tupac snapped, though, he bounced right back into a playfully flirty demeanor. “I Get Around,” “California Love,” and “How Do U Want It” are examples of “Fun Pac,” like catching Kanye West on a shopping spree day – light, airy, and full of life. On “California Love,” Pac opens his verse with “Out on bail fresh out of jail, California dreamin. Soon as I step on the scene I’m hearin’ hoochies screamin.’” He’s one foot out of the clink and already clocking the talent. How’s that for resilience?

There is also the subject of Tupac’s growl. His bark, his bite, his gruffness (evidenced on a track like “Hit Em Up”) that commanded a room when he wanted to be the center of attention. Busta Rhymes arguably fits that category, especially now where his stance as a re-invited King of Rap has offered him the privilege of tweaking his Golden Age formula for present-day hip-hop. Sometimes 50 Cent exhibits the growl, but the suit has since diluted it. Tyler, the Creator has quite a bark though, as do Tech N9ne and Bun B.

Of course there was Tupac obsessing over his own demise. It was a fascination with self-destruction within the context of death (i.e. “I Wonder If Heaven Got a Ghetto”). The aforementioned Yeezy shares this fixation with the dark side, as do Drake and Kid Cudi in certain moments.

Social consciousness was another factor in Tupac’s career. “Brenda’s Got A Baby” and “To Live and Die In L.A.” documented what Pac witnessed in Los Angeles, pointing to crimes of all different capacities. Artists like Nas, Big K.R.I.T., Jay Electronica, Mos Def and Talib Kweli spit from that standpoint, along with Killer Mike.

Yes, Tupac is present in almost every rapper out today. Whether playfully slapboxing the mic or using it with force to bludgeon a message into the minds of non-believers, Tupac had a balance – as imbalanced as it felt at times. He was nobody’s one trick pony, and while we can sit and sort through every rapper from blog to Bentley, none truly have it all. Today marks 16 years since Tupac left this earth, and we still can’t find a comparable emcee.

We probably never will.