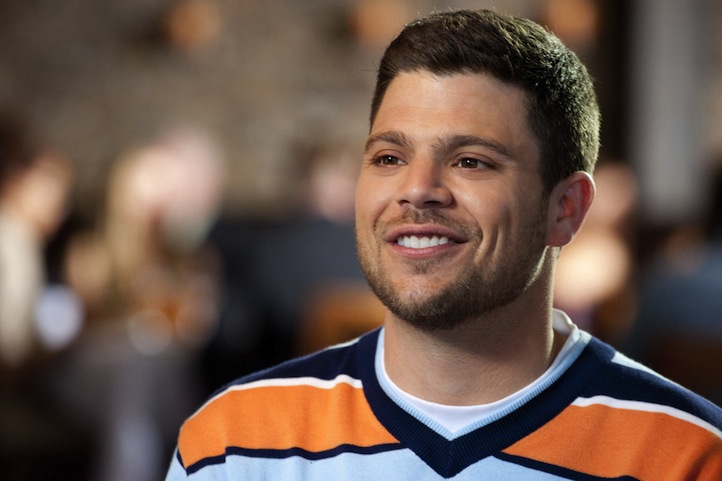 Jerry Ferrara will be the first to admit that he’s best known as Turtle from the HBO hit series Entourage. Cool kicks, a sweet job, and hot girlfriends, Turtle was an underdog of sorts who still won in his own right. Now the show is over, and it’s time for the world to meet the other sides of Jerry Ferrara. A versatile actor, screenwriter and restaurateur, Ferrara is comfortable with every title, except for one: sex symbol. Catching up with Jerry on the phone during the press junket for his new film Think Like a Man, he tells Life+Times about his character Jeremy, how Entourage made him a Saigon fan, and that the best restaurant in New York City is his mother’s kitchen.

Life+Times: How’s everything going out there in LA at the press junket?
Jerry Ferrara: It’s fun, I have to say. It’s been a really fun day. Everyone has reacted well to the movie and it’s great to see the cast. It’s been a little while since we’ve all been together so it’s been really, really fun over here. You’re missing out.

L+T: Thanks for that. So, tell me about your character in the film.
Jerry: My character in the film, I play Jeremy, who has been in a relationship with Kristen – played by Gabrielle Union – for about nine years. He’s the kind of classic case, which is based right out of Steve Harvey‘s book. He’s the non-committer. He’s kind of like the Peter Pan who doesn’t want to grow up and is very much still like the guy that she dated when they first met in college. Yeah, it’s just about evolving, or the struggle to get him to evolve.

L+T: How similar is Jeremy to Jerry?
Jerry: Um, there’s definitely some similarities. I think any actor that says that there’s none of themselves in any of their roles is lying. I mean obviously, it’s not a biopic that I’m like, becoming somebody else. But the similarities, I can see where I have gotten this way myself. I’ve gotten pretty lazy and content, and I’ve moved at a snail’s pace in relationships before. I have my own fears, which I think is exactly what this character is doing. But very different in the sense that I’m a very motivated guy and I take work very, very seriously. Not too serious because we’re not curing diseases or solving world peace over here. I think there’s an element of fun that should always be had. But I’m very motivated when I need to be, but I’m very much a suspect at being lazy at times, too. 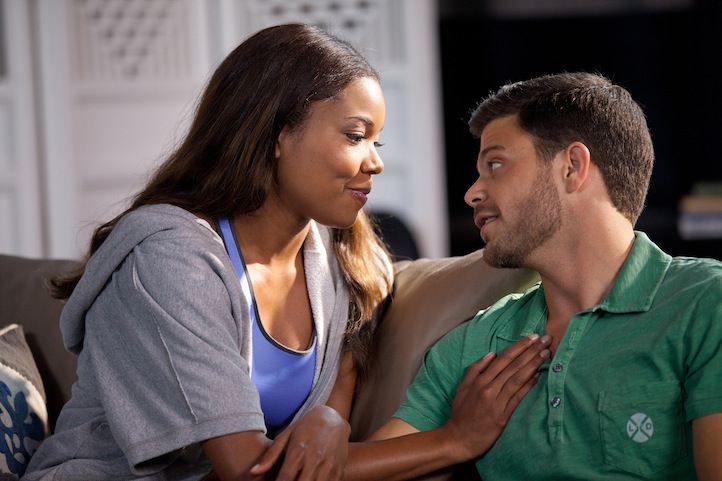 L+T: At the close of Entourage, Turtle became a restaurateur. What are your favorite restaurants in New York and LA?
Jerry: Gosh, well in LA, I’m actually in business with two of my best friends. That’s something that we’ve talked about for years, opening a restaurant–kind of like Italian deli and it evolved into a place called Fat Sal’s, which my best friend Sal is one of the partners. It is one of my favorite places to eat. It’s just like if you really want a decadent, amazing, awesome meal, that’s the place to go. That’s not even a cheap plug. I’m there a lot. Outside of that in terms of LA, there’s a great place I found recently called Amarone on Sunset, which is great. A lot of the hotels here in LA have really, really good restaurants obviously. Love Madeo, love Mastro’s. I mean yeah, you can’t really go wrong. BOA. There’s so many good places. New York, it’s weird. When I’m in New York, I mean yeah I go out to eat a lot but like, the best place to eat in New York is my mom’s kitchen. So I can’t really rank anything ahead of that.

L+T: I’m Italian too. Are you a snob about outside Italian food?
Jerry: Um, a little bit. I mean I was way worse when I first moved to LA, but now that I’ve been here so long… I mean I still am, but you can’t really screw Italian food up that bad. Like yes, maybe it’s not the best and there’s other places maybe we should have eaten but still, it’s really hard to make bad Italian food. Unless it’s really sauce driven. If you make bad sauce, then you’re just screwed. But yeah, there are some places that are just way better than others.

L+T: So how has your schedule changed from working on a prime-time show to working on a movie?
Jerry: There’s more down time in the sense of, you know, obviously when you’re on a show, it’s just an everyday grind. It’s more of a 9 to 5, even though those are not the hours. The hours are more like a 6 to 5 or 10. This is different where it’s like you spend two months chasing a movie and then you get it and then you spend two weeks working on the film. More of the job is getting the job. Once you get the job, the rest is just playtime. So you got to find other things to kind of keep yourself busy. But there’s something nice about both. There’s something nice about every day you know where you’re going. You’re waking up, you’re shooting this, I have to go here. Then there’s also something nice about waking up and yeah, maybe you don’t have anything to do today, but then you get a call at 12 o’clock and then your whole day just shifts. There’s a lot more action.

L+T: How hard has it been to escape being called Turtle? Or escaping the character, I guess you could say.
Jerry: I’m not really trying to escape it. I just think that all the rules are different. I get it. I’d be a fool to say that. People have only really seen… my biggest body of work has been Entourage. So maybe there are some people who think that IS me or that’s all I can do. You know what? I welcome that challenge. Like I enjoy being the underdog. But you’re also kind of foolish if you think any actor… it’s acting. That means I did a good job, I made you believe that because I am nothing like that character. So you know what? If you like that, give me something else and I’ll show you what I can do with that. Luckily, like I said, just the rules are all different. You have actors who have only done movies now jumping into television shows. You have people who have a hit television show and a number one movie at the box office at the same exact time. So I think that it’s not like 20 years ago or even 10 years ago where it’s like if you did TV, that’s all you do. I think that the whole game has changed.

L+T: How are you filling your time in between the film stuff and getting new roles?
Jerry: I’m trying to keep this kind of new health regimen that I started like a year or two ago. So it’s trying to always make time to do something active every day. Really have been kind of obsessed with writing. I wrote two episodes of Entourage in the final season with Doug Ellin. I’m just finishing writing my first feature and I have a couple other things that I’m planning on finishing and some I’m planning on starting. There’s a million ways to kill time. That’s never been a problem.

L+T: So what are some of your favorite songs to work out to?
Jerry: Ok. Cheesy as it is, I do love working out to some of the Rocky soundtrack stuff, but more of like the obscure songs. Like, obviously, “Eye Of The Tiger” we all know it, that’s easy. But I go more like “Heart’s On Fire,” “There’s No Easy Way Out”…I hit a lot of Rocky IV in there. And then I mean obviously I’m not just saying that because it has to do with JAY Z but actually my friend Kevin…I’m going to give him a shout. My friend Kevin Christy who’s a comedian had a tweet the other day that was amazing. He said JAY Z would be horrified if he saw what we look like when we work out to his music. I thought that was actually one of the greatest tweets I ever read because he would! Because I’m in there listening to ALL JAY Z songs working out and I’m like, “GOD, this is just not… He would be disappointed!” He would be disappointed. So yeah, please give all the credit. I don’t want to make it look like I stole that line. Kevin Christy: great comedian, great tweet.

L+T: As you know, Entourage became really huge with hip-hop heads. The hip-hop community really flocked to it, especially with the rapper cameos and stuff like that. In meeting those various artists on the set, did they put you on to their music that you hadn’t really known about before?
Jerry: Well, yeah. For instance, I had heard of Saigon, I had heard some of Saigon’s stuff before he did the show, but I wasn’t all that familiar with his music and how talented he was. I didn’t really know much about him, and I got the chance to meet him and work with him on an acting level, but then I also got to really hear his music and kind of get into his head a little bit. That guy, I mean, he’s super talented. He’s a genius. That’s been the best part of the show, just some of the people I’ve gotten to meet. Between the athlete cameos and the actor cameos and the music cameos. That is definitely one of the best benefits that I’ve gotten from this show is I’ve met some amazingly talented people.