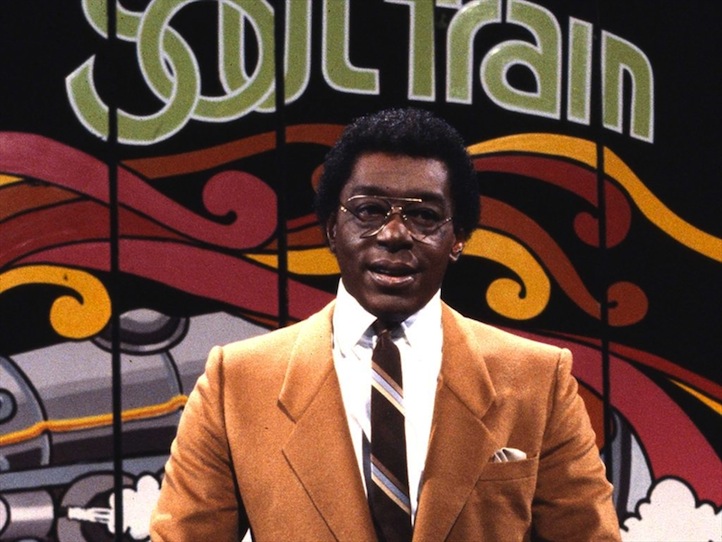 “Soul Train was a runway, a discotheque and a temple.” – Ray Bangs

This isn’t a dirge. It’s a love poem. Even more than to Don Cornelius himself, it’s a love poem to Soul Train because without it there would be a sad gap for us about what Black America looked and felt like in the ’70s. I’ve often said that I think Black people were most beautiful in the ’70s; and Soul Train has much to do with that impression. There was an unbound magnificence on display that I haven’t seen since.

When I think of Black America in the 1970s, I think of a boxer. The face of a fighter after a hard fight it looks battered but it also looks innocent and relieved. Something softens in the eyes, even when they’re swollen. The newsreel of the ’60s is pockmarked with bullets and shrapnel. Leaders from Medgar to Malcolm to Martin had been left dead in the streets. The inner city had been decimated by riots. America’s youth was being sent off to kill and be killed in Vietnam. Though legislation had been passed outlawing it, separate and unequal was still the law of the land. The Civil Rights Movement was giving way to that precious jumble of ideologies called the Black Power Movement as the most forceful representation and expression of Blackness in the public’s imagination. The house of the nation was moaning as gale force winds blew through its corridors, blowing open doors in the middle of the night, shattering windows. A tornado, with Black people standing smack dab in the middle of it.

1971: Enter Soul Train. There it was on television, helmed by the man who appeared to be the coolest human being on the planet. Uncle-like baritone. Mic casually in hand. Threads on point. And rocking an Afro -that symbol of “Black Is Beautiful” – harder than anybody this side of the Jackson 5. On the entertainment front Soul Train, along with “Blaxploitation” and a new wave of socially conscious music, was the embodiment of the Black Power ethos: All Black Everything. It was not American Bandstand. The agenda was much deeper. Soul Train bare-knuckled the beast of limitations and Black exclusion from the national stage by doing for self. Suddenly there was a world of color, a rambunctious explosion, like that moment when Dorothy lands on the Witch and in Oz. Funky and raw compared to Kansas.

The ghost of Frederick Douglass might even appear during a commercial break to lecture us on the importance of keeping our hair right with Afro Sheen.. A kaleidoscope of Black music and style that didn’t rely on the eyes or approval of White America. Up until that moment Black performers on television were made acutely aware that they were there to be consumed by a White audience who, in some ways, feared them. (Remember it was April, 1968 -several days after the assassination of MLK- that Petula Clark touched the arm of Harry Belafonte on her TV special and caused a national uproar about “interracial contact.”) So Black performers on television were either excluded, “sanitized” or expected to act out a prefabricated, safe version of Blackness – the impulse at the heart of minstrelsy. (Why do you think Miles Davis turned his back on the audience? Hint: it wasn’t just to be mean.)

Don Cornelius wasn’t having the limitations placed on Black expression. He pulled the strings that he had collected as a DJ and television personality in Chicago and offered up Soul Train, his lovechild, a new vision of where Black people could fit into the spectrum of entertainment. He put Black people in the spotlight and allowed them the freedom to radiate and reflect light on their own terms. Soul Train wasn’t just people singin’ and dancin’. It was euphoria. It was Utopia for an hour on Saturday. A call to prayer. Church, where bell bottoms were the church bells and The Don was the preacher.

Much love, peace and soul to Don Cornelius and to the musicians and dancers who appeared on Soul Train. Thank you for that manifestation of power and joy.